A Chance To Play Golf Where Arnold Palmer Learned His Game

Arnold Palmer, one of the world’s greatest golfers with 95 professional tournament wins including five Masters Championships, has a new business venture that offers golfers the chance to play the course where he learned the game, the Latrobe Country Club located in Pennsylvania’s beautiful Laurel Highlands. 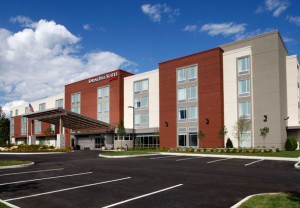 In June 2012, SpringHill Suites by Marriott Latrobe, a four-story, 109-room hotel just south of Latrobe, Pennsylvania (30 miles east of Pittsburgh), Palmer’s hometown. opened for business with a flourish. Palmer’s hotel offers a perk that others can’t duplicate — an opportunity to play a round of golf at Palmer’s Latrobe Country Club, less than a mile away. 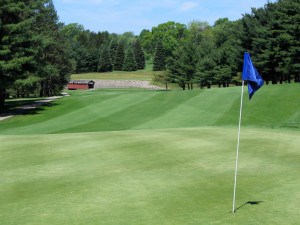 The course at the Latrobe Country Club.

The hotel reception staff will gladly arrange a convenient tee time and you can store your golf bag in special locker room off the lobby. 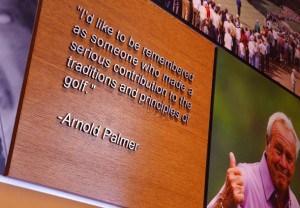 Palmer developed his hotel with Marriott International, but it is not a typical chain hotel. The first floor is a showcase of Palmer golf memorabilia, including photos chronicling his career from the time he was a young teen playing at Latrobe Country Club to his rise as the nation’s top golfer. Murals outside the elevators doors on each floor show a panorama of golf courses he owns or has played.

In a presidential suite hang photos of Palmer with past presidents and letters he received from presidents over 60 years. Among them are a message from President Dwight David Eisenhower, who apologized for not recognizing Palmer during a 1958 visit to nearby Ligonier. A pre-Watergate President Richard M. Nixon congratulated Palmer in a January 1969 letter, and Gerald Ford thanked Palmer as the new president faced the challenges of the office. 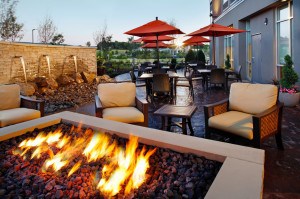 SpringHill Suites and the Latrobe Country Club are a must visit for all Arnold Palmer fans and golf enthusiasts.  Learn more at www.laurelhighlands.org