Home » Blog » A New Look at Modernism in Rehoboth Beach

A New Look at Modernism in Rehoboth Beach 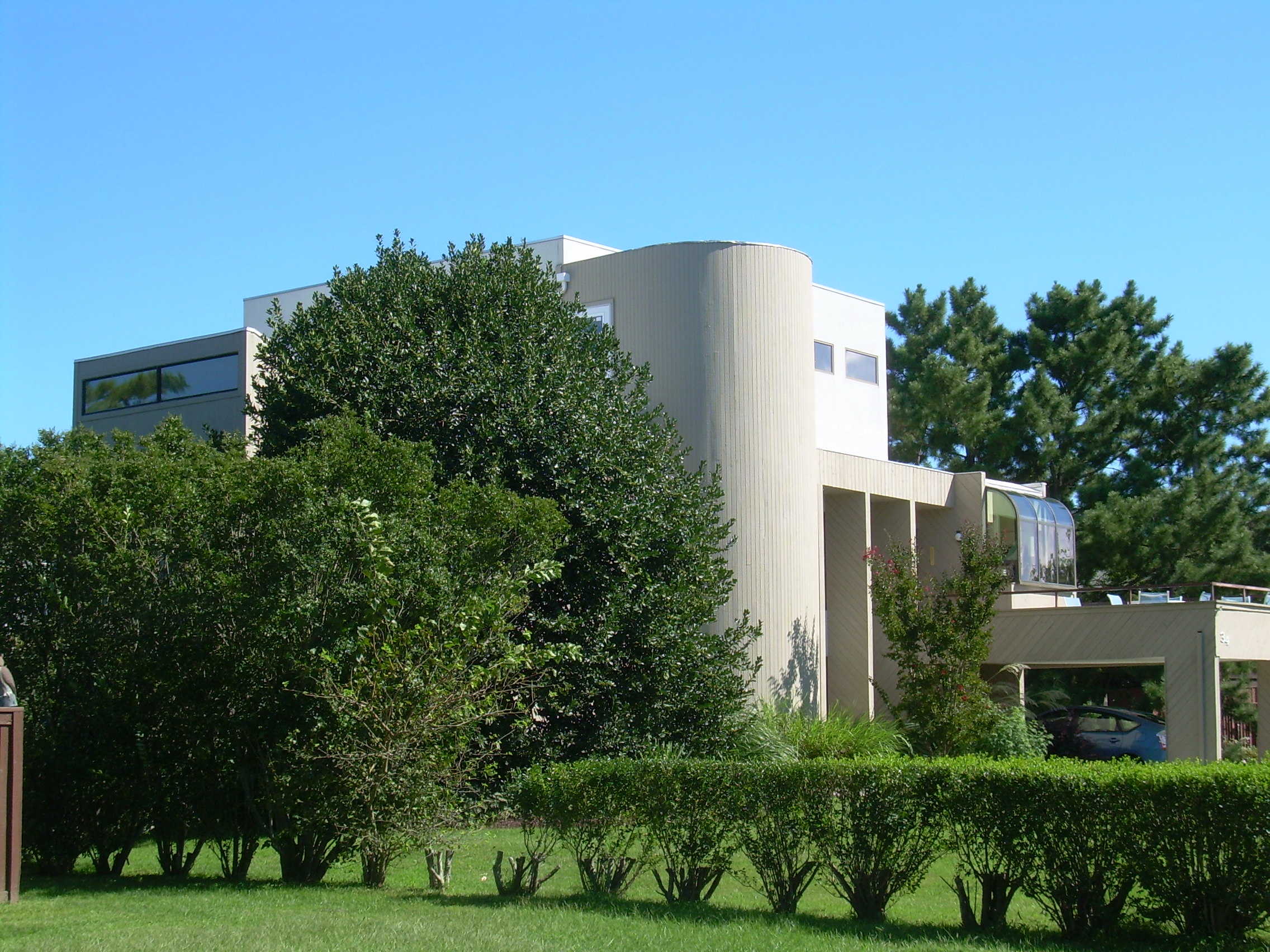 Story and Photos by Arnold Berke

On the main drag of North Shores stands a gorgeous house.
I love its simple form (two tall boxes joined by a recessed “hyphen” and topped with a flat roof), colors (a soft grey set off by mustard, red, and black), lack of embellishment, and the way its slightly irregular arrangement of windows, doors, and decks pulls the composition back from total symmetry. The house is crisp and witty, and, despite four garage doors at ground level, seems to float over the landscape. The place makes me smile.

North Shores, Rehoboth Beach
But tell people I’m smitten, and they give me a look of lemon-sucking disdain that even Violet, Dowager Duchess of Grantham in Downton Abbey, would be hard put to surpass: head canted back and twisted, lips tightly pursed, eyes widened into saucers of disbelief.
Followed by a comment that could curdle cream. “Are you crazy? It’s too high, too big, it sticks out like a sore thumb. What a travesty. What a piece of [bleep]!” Might as well have confessed to torturing puppies.
Why do people in this area dislike modern architecture so? Why does mentioning this house, or other such head-turners, earn me snarls, dull surprise, or—most unnerving—sympathy for my errant ways? Indeed, why are so few new houses, or buildings in general, modern? Is it in the air, the water, the martinis—boardwalk french fries? The answers elude me.
What do I mean by “modern?” Well, one label doesn’t fit all. Let architectural historians grow crossed-eyed over whether to use modern, modernist, international style, contemporary, recent-past, or Bauhaus; I’ve even seen “modernique.” We’re not talking a single style anyway, but a movement, rooted early in the 20th century, that prizes functionality, clarity of form, technological prowess, materials used honestly, absence of ornament, and avoidance of historical reference. The steel-and-glass skyscraper is the cliché, of course, but all sorts of buildings, even houses in beach towns (ahem!), can be part of the clan. 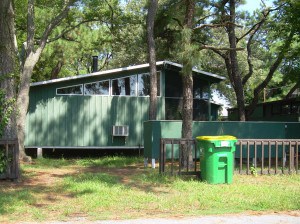 Rehoboth-by-the-Sea
Modern dwellings are not new at the beach; they’ve been here since capri-pants days. Take the cedar-clad houses south of town in Rehoboth-by-the-Sea (and elsewhere). Built in the ‘60s and ‘70s by a Wilmington contractor, these modest, one-story structures with gently sloping roofs featured two rows of rooms on either side of a screened breezeway open at both ends. They were un-insulated, un-air-conditioned, and unpretentious. Buyers chose from four versions, one arranged around a screened atrium, all of them true cottages (strange as it may seem to pair that notion with modernism), and as beachy as any of the big boys that later muscled their way onto the oceanfront.
In later years, into the ‘90s, people unapologetically built houses with simple modern lines. You see them from Dewey to Lewes, clad in wood, brick, stucco, glass, and metal. Some use dramatic forms like rakish roofs, round stair towers, and deep overhangs; others sit lower to the ground, calm and uninflected. My favorites are the brick-and-wood townhouses on the north edge of Lake Comegys, the stuccoed early units of Spring Lake, and specimens in North Shores, and oceanside Dewey. 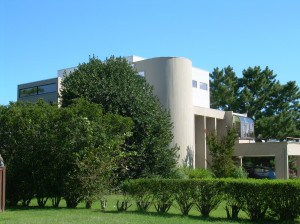 But since those days, modernism has nearly drowned in a flood of houses randomly slathered with pieces of the past: Victorian (gingerbread, conical towers, front doors with etched-glass ovals), Georgian (columns, fanlights, shutters, huge arched windows), Arts-and-Crafts (tapered square columns, sliced-off gable peaks, “stained” glass, and—the latest—vertical siding). Some even mix styles. Denatured further by swollen size and train-wreck rooflines, these mini-palaces are a far cry from their historic forebears; they’re history played on an air guitar.
The carnage is one reason why I’ve grown to love modernism; I’m looking for relief. But I’m far from the only fan. Folks throughout the country—especially in hotbeds like Miami, Palm Springs, and Los Angeles—are clamoring to recognize, rescue, and reuse the best of it. A logical response to the march of time, their zeal is also ironic, since those who once booed these buildings for replacing beloved older landmarks now fight to save them, flinging themselves at bulldozers that menace Mad Men-era hotels, houses, office buildings, and restaurants.

Hickman Street
Even in Rehoboth, modernism could be coming back. Ambling around town, I’ve come across some eye-catchers, new and recent. The Canal Corkran neighborhood boasts eight refreshing beauties, one of them right out of the Prairie School songbook. A superb modern dwelling has been slotted onto Hickman St., a fine assembly of disparate volumes, textures, and colors. And out on Route One’s dismal strip, the metal-clad Forj Lofts stand tall and bold.

Forji Lofts
Commercial building cheers me, too: The Atlantic Sands Hotel boasts an artful, sinuously curved addition (Doo-Wop lives!). On Route One, the spiffed-up McDonald’s and new Chipotle are music to my eyes; also the dramatic roofline and contrasting brick and metal of the new PNC Bank. Down in Dewey, the just-launched expansion of Ruddertowne is a big surprise. The rendering shows a smart and sophisticated design, no historical retread in sight. They are keeping the fake lighthouse, but even I find that endearing.

PNC Bank
Let’s hope the trend has legs. You can help: Buy, build, or rent a nice contemporary house. Furnish it however makes you happy. But do me just one favor, please: lose the seashells!
Rehoboth homeowner Arnold Berke is the former Executive Editor and currently
a Contributing Editor at Preservation magazine of the National Trust
for Historic Preservation.