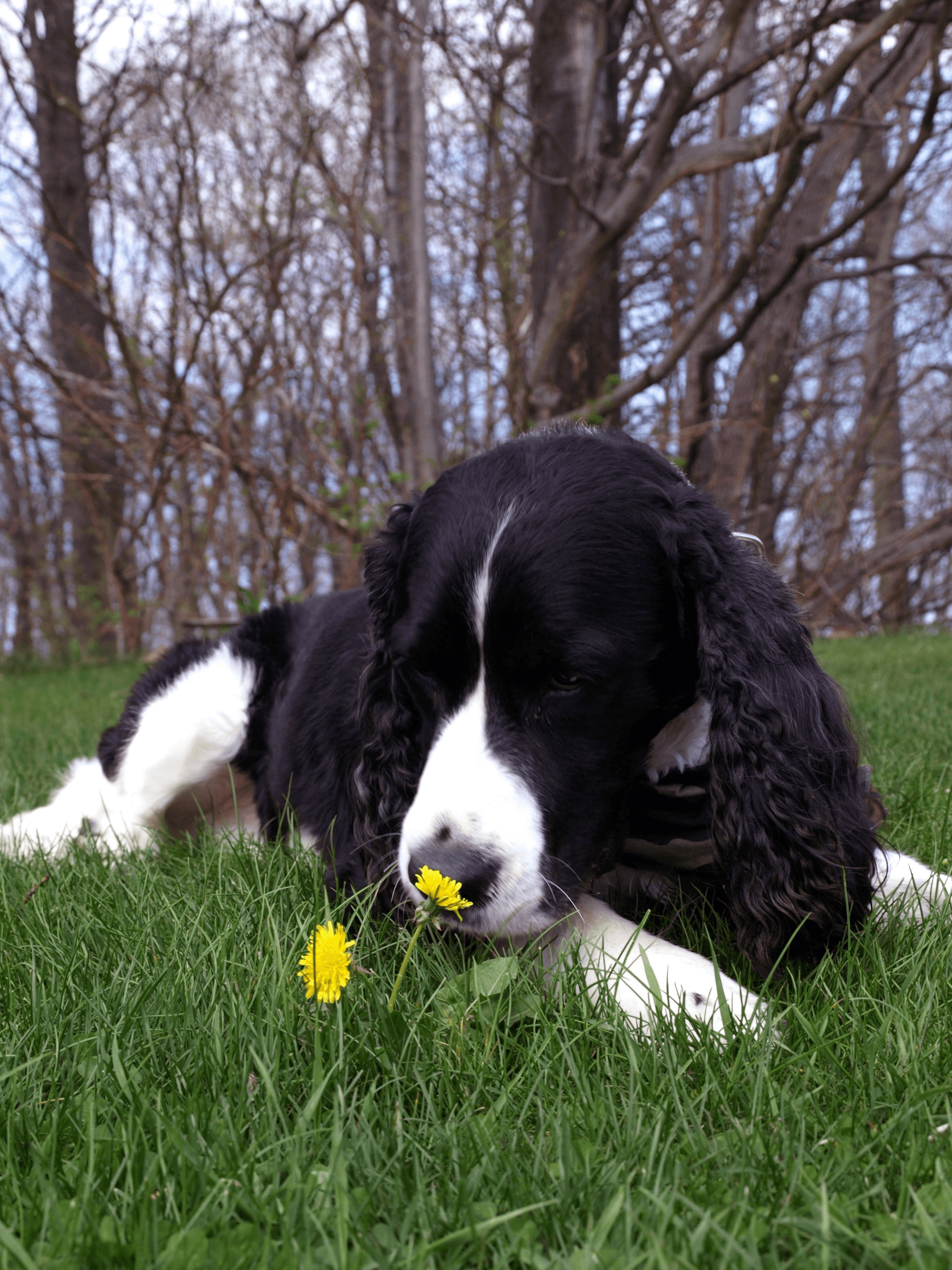 Every now and then Gallagher’s Travels likes to feature a non-traditional travel story relating to a more personal travel experiences.

The following story is from Blue, a dog.  Sent to us by his good friend and interpreter Bud Cole , who is in fact a contributing journalist at  Gallagher’s Travels.

It says something about dogs and maybe more importantly …..people and relationships.   Enjoy.

Hii, it’s me again, Blue. Well, I  competed in the Lehigh Valley Hunting and Fishing Extravaganza’s bird dog  competition on August 25 and let’s just say it was fun. It was a beautiful crisp  morning more like fall than the final full weekend in August. The sky was blue  with a few white billowy (a word that means very large) clouds.

It was a fun event! We thought I  would be looking for pheasants this year, but the competition used chukars  again. I was training for pheasants, but I have no excuses. The great thing is  that we were outside and enjoying it! Oh, and there was no wind. Wind is  important for a dog’s sense of smell to work best.

A couple of years ago I discussed  some important issues about the young generation and how they do not appear to enjoy being outside like we do. I am lucky to live with Bev and Bud because they  love the outdoors, too. Bud had read a book called, Last Child in the Woods, by Richard  Louv. Since that time Bev and Bud met author Louv in Alaska during Bud’s Outdoor Writers of America Association annual conference last September.

Louv was one of the main speakers  during the conference. Bev and Bud bought both of Louv’s books and he signed  both books. I think he might be Dr. Louv because I could not read the  inscription (a word for writing or dedication). The other book is called The Nature Principle. As you can see by  the two titles both books are about nature and ways to get kids and I hope pups  outside enjoying their surroundings.

Bev and Bud had time to talk to Louv  and discussed how they work with kids outdoors during their nature hikes, day  camps and the Adventure Birthday Parties. They said he was impressed with their  work and he hoped they would continue turning on kids to nature. Oh, if you want  a great birthday party idea for your kids, grandkids, nieces or nephews give the  Three B’s a call for a unique party idea. They do the activities at your house,  a local park or other venue (another word for location or place). You serve the  food and they serve the fun! You can call 610-767-4043 or email for information  at bbbcole@enter.net.

Now where was I? Oh yeah, getting  kids outside. In Louv’s books he tells about how the majority of the current  younger generations of children are not experiencing the natural world as former  generations did. Think back. If you are over 35 you probably were outside every  chance you had. Let see, I’m seven and that is supposedly 49 years in dog age,  so I guess that is a good approximation (a word for estimation or good guess). A  true punishment back then, according to Bev and Bud, was when you had to stay  inside. I know I hate it (staying inside when it is raining).

Louv describes this lack of getting out  and enjoying nature as NDD, or Nature Deficit Disorder. I know I don’t have NDD  because I am out as much as possible exploring the yard. Bev and Bud have to  tell me to “stay” each time they open a door or I’m on my way, too. Maybe I love  the outdoors because canines (a name for the dog, pooch, pup family) were from  the outdoors before man domesticated (a word for tamed or trained) dogs. Our  ancestors (our old family members) were wolves. I bet that is why I often howl!  I thought NDD was for No Doggie Do in the house!

Bud and I occasionally (a word  meaning once in a while) bump into individuals that were his elementary  students. Some of these students are getting up there age wise, if you know what  I mean, but after all the time that has passed one of the first things they  start discussing are their memories of their outdoor adventures with Bud. No one  remembers if he taught some great math lessons or did any excellent English  classes. They remember the outdoor field trips! And now schools are taking  away these field trip experiences. I wonder why. I guess the mandatory test  results are more important than the outside environment.

Bud tried to take his students out to discover nature as much as  possible; just like he takes me for hikes and adventures. Whether it was  correlating the tapping of maple trees and making maple syrup with colonial  history, holding a clambake in conjunction with a geography unit about America’s  Maine Coast or hosting a star gazing night in the backyard to study the  constellations, he was always working the outdoors into his lesson plans.

Louv interviewed teachers, parents  and children across the country while writing his book. One fourth grade boy in  San Diego said his favorite place was indoors because that is where all the  electrical outlets were located. Another boy said, “Computers are more important  than nature because that is where the jobs are.” And many kids said they were  too busy to go outside. What were they thinking? That is where all the good  smells are located. I always walk around with my nose to the ground. And they  should, too! Well, maybe not put their noses on the ground.

Louv also described his conversation with a budding young fifth grade  poet. She said, “When I’m in the woods I feel like I’m in my mother’s shoes.” She continued, “It’s like you’re free when you go out there.” And then she  described her special place in the woods with its stream and waterfall. But soon  her voice dropped off, “And then they cut the woods down. It was like they cut  down a part of me.”

I know exactly how she felt when the woodlot behind our house was sold  and houses began to appear as the trees disappeared. We all felt like the young  poet when the woodlot was cut down. I loved going for walks back  there.

I urge you to find time to enjoy the outdoors with your children. Start a  small garden and attend the local outdoor hikes at parks and nature centers.  Camp out in the yard. Make smores. Take a hike near your home. Let the kids  discover the great outdoors. You just might prevent NDD from affecting your  offspring. Oh, and take your dog with you, too. You can contact me at blue@entermail.net. 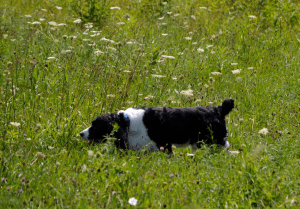