An Appetite for Violets: Fascinating History 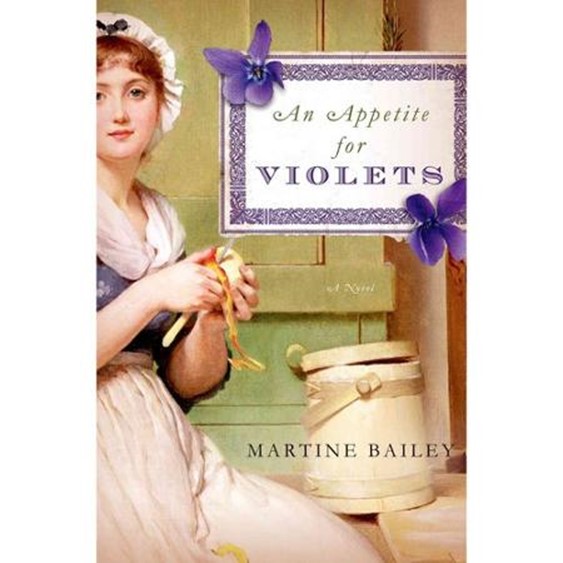 An Appetite for Violets by Martine Bailey


This book follows the challenges of being a cook and servant in the 18th century. Well written although it took a while to get into the book. The recipes included are very interesting, as is the history of the invention of restaurants. Biddy Leigh, a young lady and very interesting main character, that the reader follows through her loves, losses, travels and discoveries.

Author Martine Bailey, an accomplished cook in her own right, UK Dessert Champion, won the Merchant Gourmet Recipe Challenge and many others. She also has had her recipes published in many magazines.

I liked the fact the book was written in journal fashion.  Authentic recipes and historical characters are the draw of this novel. Biddy Leigh documents the travels of her new young mistress Lady Carinna, which takes her from England to France and Italy.  Adventures, murder and deceit are all part of the plot.

Bailey creates a solid base of characters, Mr. Loveday a footman had been kidnapped from an island to become a slave. He and Biddy becomes fast friends, as they believe they are the only two servants that can be trusted. The cruelness of the Steward, Mr. Pars and the Mistress Lady Carinna will break your heart.  Overall this is a fascinating book.


Inspired by eighteenth-century household books of recipes, An Appetite for Violets invites readers to feast on the past as a sharp-witted young cook is taken on a mysterious trip to Italy. In pursuit of authenticity Martine studied with TV food historian Ivan Day and experienced Georgian food and fashion at firsthand with an historic re-enactment society. She followed the route of the novel, from Chester to Paris, then over the Alps to Tuscany, consulting Thomas Nugent’s 18th century Guide to the Grand Tour.


Martine lives in Cheshire, England and Auckland, New Zealand. She is married with one son and has also written The Penny Heart, to be published in 2015.