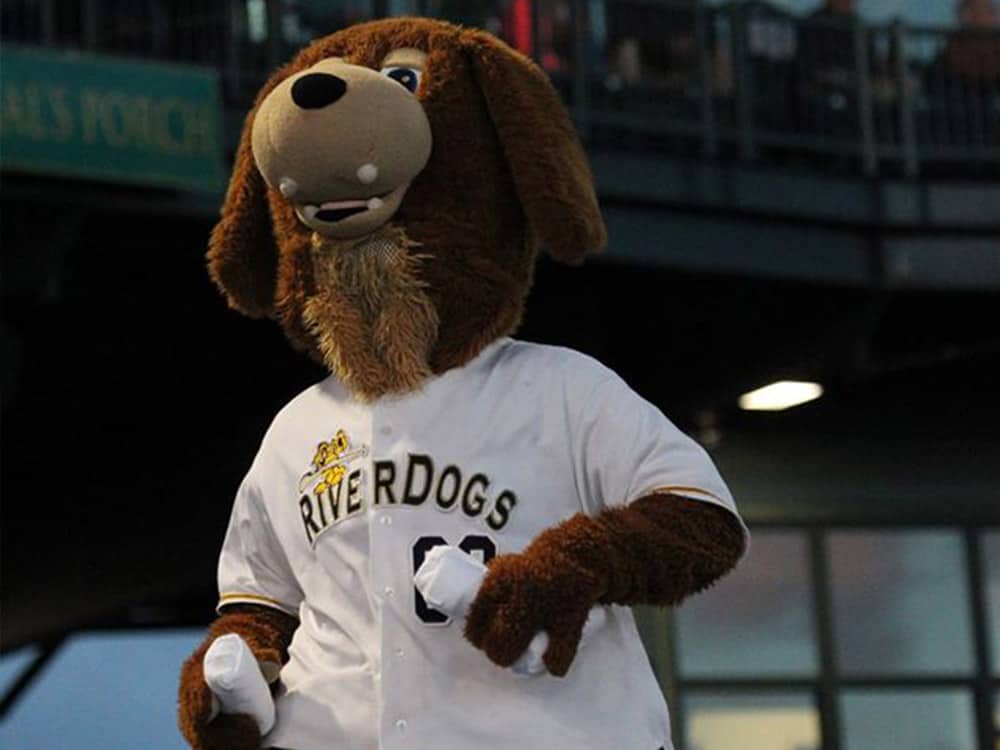 By Will A. Davis…

The recent spate of unseasonably warm weather has me thinking Springtime and that the smell of baseball is in the air. For me that means going to the Joseph P. Riley Jr. Park more lovingly called “The Joe” in Charleston where the Charleston RiverDogs play their home games. The “Dogs” are a minor league farm team of the New York Yankees who play in the South Atlantic League more affectionately known as the “Sally League”. And yes it’s the best deal in town!
If going to the ballpark and having a good time, especially family time, then the RiverDogs should be put on your horizon. The value is sensational to the return when you can say your saw players like current New York Yankee stars Aaron Judge, Gary Sanchez start their career, along with many other past and current players as well as up and coming players in the Yankees farm team network. 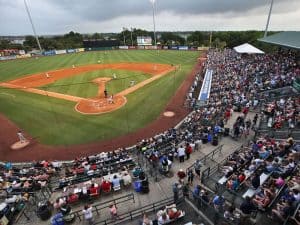 The ballpark is located right along the Ashley River in Charleston so it is a naturally beautiful location with great sunsets. The park is intimate if you will, holding about 7500 people when at capacity. The seating is part of the allure of minor league baseball, no sitting up in the clouds or “take out a loan box seats” of the larger stadiums. Every seat is a close and personal part of the game. And the price is so right. A family of four can attend a game for under $40 and yes the “peanuts and crackerjacks” are available as well as many other food choices all of them reasonably ballpark priced.
The team has many game promotions such as Date Night, Senior Citizen Night, Friday Night Fireworks after the game and many others. Be sure to check the RiverDogs promotion schedule when buying tickets. Many of the day games feature events just for kids like Running The Bases Game and fun play games between innings.
Groups can arrange to have together seating , a picnic or buffet in the large upper deck and the kids can play out on Shoeless Joe Jackson Hill along the right field wall.
Parking is easy and affordable and even some free nights are available as well as handicap parking and a golf cart to help those disabled. The ballpark is also handicap accessible. An elevator is available to the upper viewing area. By the way senior discounts are available on all ticket prices.
The RiverDogs go way beyond when it comes to family events with bring your dog nights, beautiful fireworks after the Friday night games and game time fun with mascots Charley T. RiverDog and his mate Chelsea!
So if you like rooting for the home team take yourself and a friend or two or the whole family for that matter to the ballpark . Who knows you may spot actor and part owner of the RiverDogs, Bill Murray. Or Joe Riley, 40 year mayor of Charleston whom the stadium is named after sifting through the crowd. 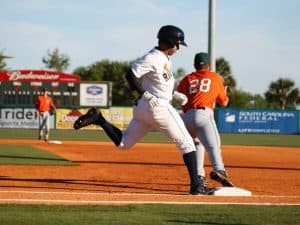 So get your tickets and go to the game for some great baseball in a fun place. After all who wouldn’t want to stand in the middle of the seventh inning and sing “Take me out to the ball game…….” and not feel the least bit embarrassed! The Charleston RiverDogs experience: it’s the best deal in town!

This story was first publsihed in the Press and Standard.