Home » Blog » The Beatles and Me by Ivor Davis

The Beatles and Me by Ivor Davis 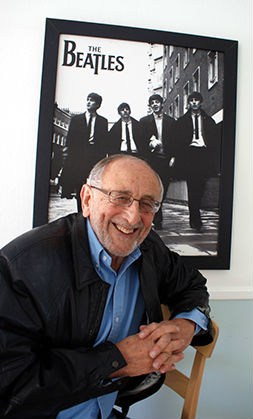 The Beatles and Me by Ivor Davis

A wonderful look at behind the scenes of the Beatles on their 1964 North American tour as told by Ivor Davis, a reporter from the London Daily Express, whose office was located in Hollywood. Davis’ boss David English told him to travel with the Beatles on their chartered plane, eat with them, drink with them and basically stick to them like glue.

The beginning of the book lists a diary of the 1964 tour broken down daily, it lists the venue played, crowd size, the hotel stayed in and an odd fact of each day. Great tidbits of each day August 18, 1964 in San Francisco through September 21, 1964 in New York City.

The book includes 40 photos many from behind the scene random shots. 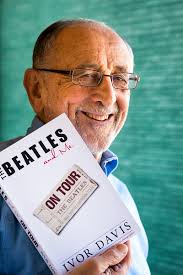 Some interesting facts on each member of the Beatles, their manager Brian Epstein, Press Officer Derek Taylor, other press reporters and photographers. A wild, weird, wonderful account of these 34 days fifty years ago.

After David English called, Davis states he did not realize that he was about to embark on one of the craziest adventures of his life. The ever present screaming fans got on everyone’s nerves. Body guards, State and Local Police had no clue of how to handle the Beatles and the ever present crowds. Nightly poker games, monopoly, plenty of booze, any and every drug. Great stories of the Beatles encounters with Elvis his living room jam session, Bob Dylan introducing them to marijuana, Jane Mansfield and the few nights they stayed at Zsa Zsa Gabor’s home in Beverly Hills trying to get away from the screaming fans.

An amazing fact about this 1964 tour is the Beatles made very little off souvenirs, and were basically upset at the trashy things being sold at their concerts.

This book is a terrific way to relive or if your younger observe an intimate moment in music history.