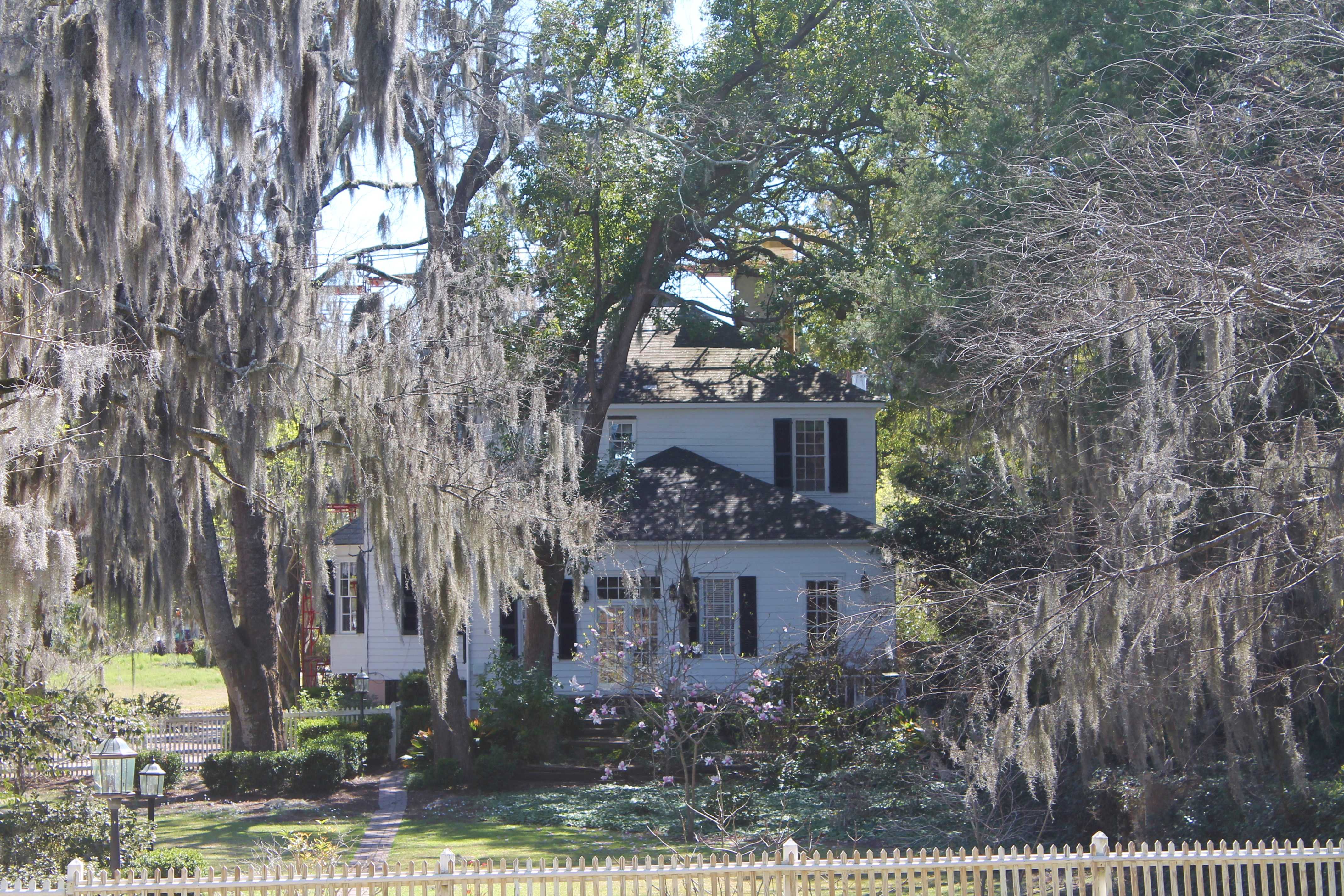 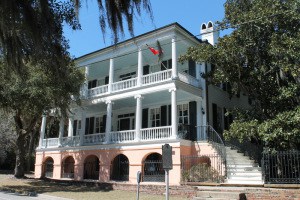 Story and photos by Will A. Davis

While traveling to the beautiful and historic city of Beaufort South  Carolina  I had the imagery of grand old houses situated among the Spanish Moss draping the massive live oak  tree lined streets.  Southern hospitality and charm came to mind and waterfront restaurants and historic district shops and art galleries.  And of course the historic vestiges of the tragic and heroic American Civil War.

Fishing boats docked in the waterfront  marina in the harbor, pleasure boats at the dock, sunrises ,sunsets,  and perhaps a grand old lighthouse popping into minds eye. And they are all there, all those images. just as I imagined but in real life. 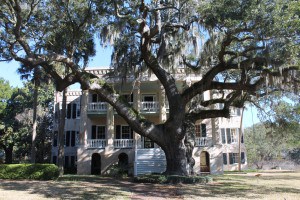 There is though one story that I was unfamiliar with and that was the use of some of the eclectic architectural heritage of over a dozen of Beaufort’s private homes:  as Union hospitals during the Civil  War.  How I could integrate that history along with the many attractions that Beaufort has to offer was something I pondered and happily was able to resolve and you can too. 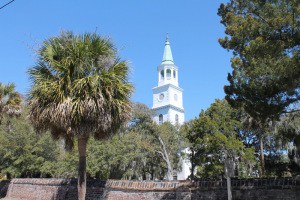 St. Helen’s Episcopal Church used as a hospital during the Civil War.

Beaufort ,unlike most southern cities did not suffer the terrible abuse that was common in the bombardments and destruction of some areas because the Union navy had made the Beaufort and Port Royal Sound area a military priority early on in the conflict as it was captured in 1861. Used as  a base for the Union navy to establish blockades, ship supplies and troops,  Beaufort also quickly became a city to transfer wounded and sick Federal troops to.  The problem was there were no hospitals as we think of today. Therefore many of the homes in Beaufort, including  some of leading southern sympathizers, were commandeered into hospitals. Fourteen of these homes  still remain and they have been restored to their former grandeur over the last century. (Some by Union generals who bought them after the war having been drawn to the beauty of the Beaufort area.)  They tell an interesting story in the fall and rise of a Southern city. 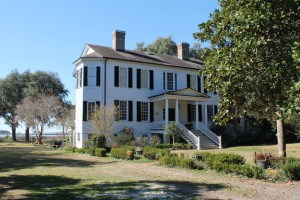 Historic Beaufort’s streets are laid out so there are many possible ways to see different sites. I found one of the most straightforward is to start along the beautiful Henry C. Chambers Waterfront Park area on Bay Street and then head east across Cateret Street  to East Bay Street. Street maps are available at several sites but easily the best way  is to stop at the Beaufort Visitors Center at 713 Craven street and pick up the map  for the area you desire, plus have any questions answered that you may have . 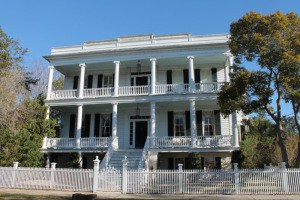 Right a long the shore front of the Beaufort River at 601 Eat Bay Street is the  Lewis Reeve Sams House. This  classic double tiered porch, columned ,southern facing house  was Union Hospital #14 . It is hard now to imagine the hustle and bustle that must have been a daily ongoing event as nurses, doctors and staff tended to the wounds and even more prevalent diseases that the soldiers on both sides suffered from. 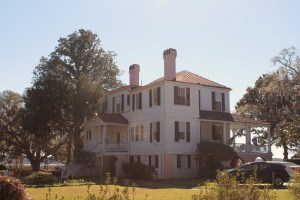 Clara Barton  the founder of the Red Cross and her staff of  nurses worked at many of the hospital houses including the James Robert Verdier House “Marshlands” at 501 Pincknet Street.

Turning left onto New Street where you can then set your own pace, if you are walking or riding, to wind through the streets that follow,Federal, East, King, Pinckney and Hancock to mention a few. Not only will you be able to see a number of the ‘hospitals’ but you will experience wonderful different periods of architecture and history as each home seems to have it’s own story. And yes you can take the available horse drawn carriage tours or a walking tour with a paid guide. Ours was a wonderful young man with an incredible array of historical knowledge. 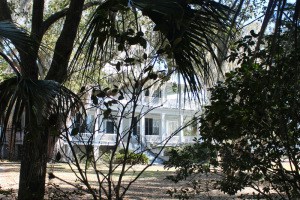 And for those who like the rich and famous or close to either will of course see the Edgar Fripp house “Tidalholm”the setting for parts of the movies The Big Chill” and  ” The Great Santini ” as well as the one time home of best selling author Pat Conroy  who wrote “The Great Santini”. 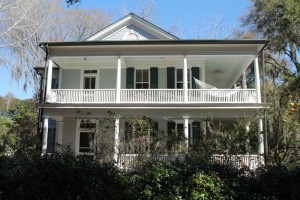 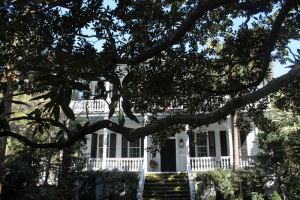 The home of Robert Smalls  a slave who stole a merchant ship (The Planter) in Charleston Harbor and led his family to freedom. He was awarded five thousand dollars from the Federal government for his heroic act and eventually bought the home in Beaufort where he was once a slave ! 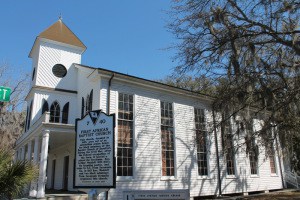 The First African Baptist Church bulit in 1865 for freed slaves is also along the trail.

Beaufort is a delight to visit  and explore. Lodging and dining are exemplary. and there are many choices. 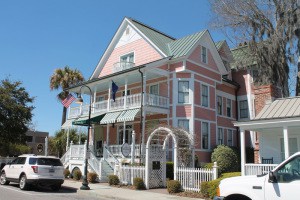 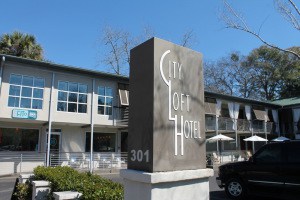 Two wonderful places to park your bags for a few days are the Beaufort Inn or the City Loft Hotel. 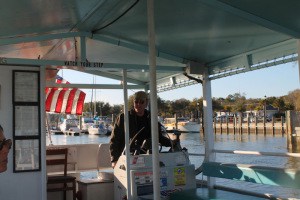 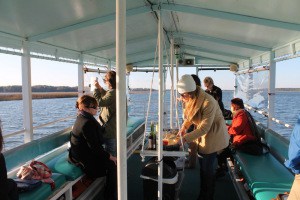 Beaufort isn’t complete without  tour of the harbor and Capt. Dick’s Beaufort River Tour and Dolphin Watch is one of the area’s favorite choices. 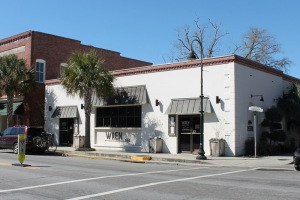 I experienced the best chicken salad plate I have ever eaten at Wren’s and the other choices were just as delectable. 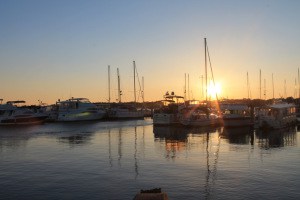 History, food , lodging and southern comfort. Beaufort is ready for you !