Home » Blog » The Best Beer Festivals In London In July 2018

The Best Beer Festivals In London In July 2018 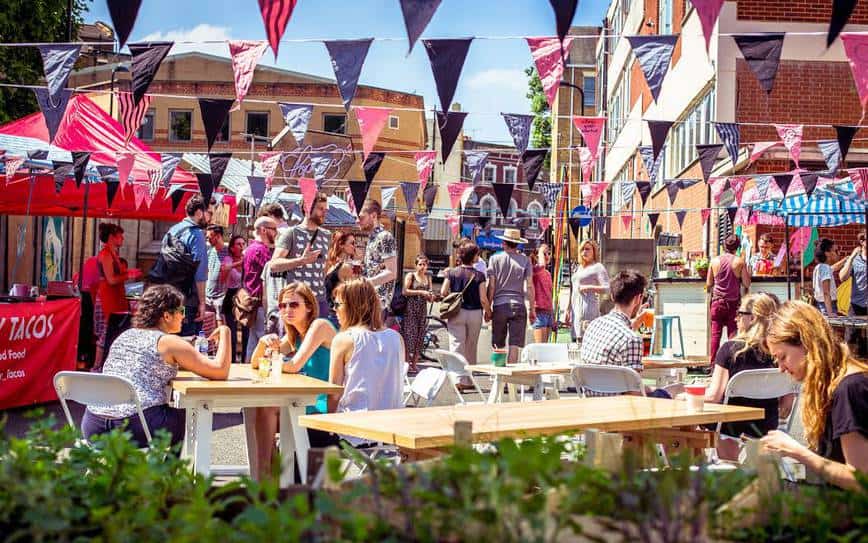 There’s lots of variety in London’s beer gatherings this month. We’ve rounded up the most notable here.

One of the larger annual CAMRA beer festivals, the Ealing Beer Festival in Walpole Park, returns for its 29th installment. The comprehensive online catalog of booze contains more than 400 cask-conditioned ales, about 100 beers from overseas, and a considerable number of ciders and perries, alongside the promise of a good selection of English wines. 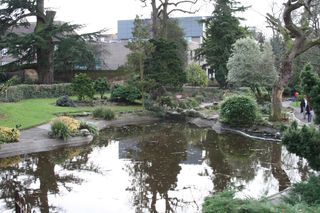 As befits a festival of this size, a fair variety of food options is available to help soak up the booze, including curries, pies, cheese, chocolate, fish fingers, toasted sandwiches, and barbecued meatstuffs (of course). Live music will feature every day, featuring several bands that you’ve probably never heard of.

Entry to each day costs £5 (or £3 for CAMRA members), plus a £3 refundable glass deposit. Advance tickets are sold in a package that includes the entry fee, the glass deposit, and a £10 beer card.

This year’s Cuddington Beer Festival, taking place in a scout hall near Worcester Park, focuses on beer from East Anglia, with the provisional beer list featuring almost 50 ales from 25 brewers, alongside more than 25 ciders and perries produced in the east of England. A barbecue will provide food sourced from local butchers, alongside chips and snacks.

Entry to each four-hour session costs £6, with beer costing a mere £3 per pint, or you can buy a £15 ‘queue buster’ ticket in advance that provides entry plus £10 worth of beer tokens. Advance booking is strongly recommended, as previous years’ festivals have sold out, with no tickets available on the door. 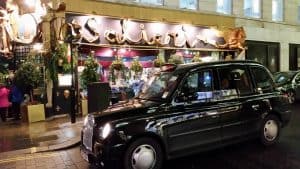 The Black Cab. A classic icon of visiting London.

The London Vegan Beer Fest seems to get bigger every year, so this year’s (its sixth) looks set to be rather substantial, with nine independent UK brewers (and one cider maker) plying their wares across four areas of Hackney Downs Studios. The beer list is still being finalized, but last year’s festival offered more than 60 different beers and ciders, so it would be reasonable to expect a comparable lineup this year.

As you might expect for a vegan festival, food will also feature heavily, with lots of street food vendors in attendance, alongside the humorously-named Temple of Seitan whose Temple Goods Cafe is permanently based at the venue.

Doors open at 11am, and the festival runs until 8pm. At the time of writing, £5 ‘early-bird’ advance tickets are still available; when they’re sold prices will increase to £7 (or £9 on the door, if any tickets are left).

It’s unusual for us to cover beer festivals outside the M25, we do make an exception for the annual Epping Ongar Railway Real Ale Festival — the lure of a large real ale festival taking place on a private railway, a short heritage bus ride from Epping tube station, is simply too much to resist. 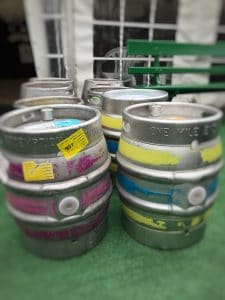 This year’s festival will be commemorating the 50th anniversary of the retirement of the last regular British Rail steam services, which ran around Carlisle, Liverpool, and Manchester, and so will be featuring 18 real ales from the north west of England. However that’s just the tip of the iceberg — with the support of CAMRA (for the first time), the festival plans to serve something in the region of 75 real ales and 20 ciders.

A £14 ticket (or £13 for CAMRA members) will give you access to one day of the festival, including unlimited travel on the steam and diesel trains running on the private railway. Various shuttle buses will be ferrying festival-goers to and from Epping, Shenfield, and Harlow; see the festival’s website for full details.

If you’re a lover of beer or pubs, check out our ever-expanding database of the best pubs in London. Last Updated 04 July 2018