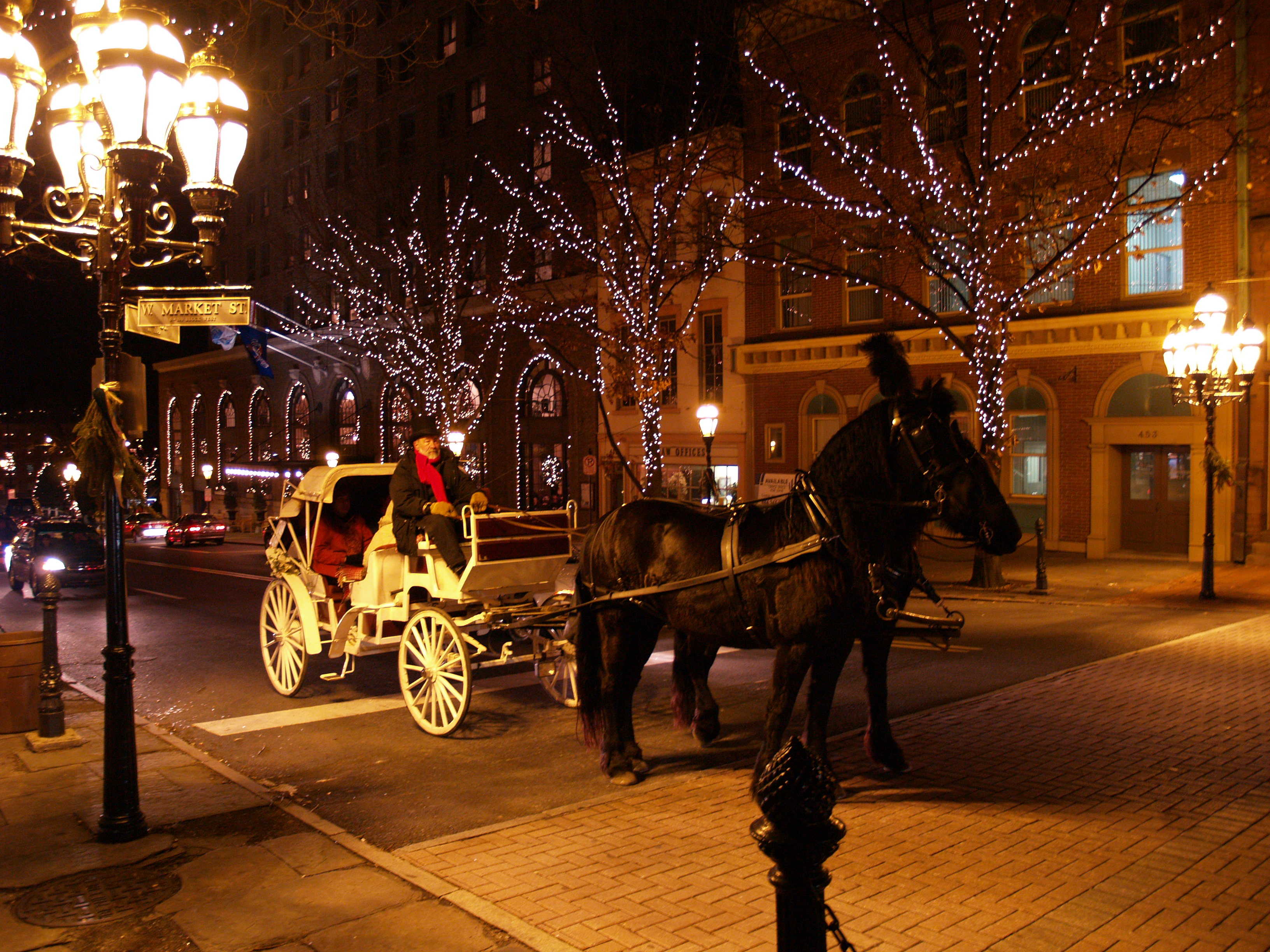 To understand why Bethlehem, Pennsylvania, is known as “The Christmas City” it’s important to know something about the original settlers, the Moravians.  The Moravian Church was an early Protestant faith founded by a Catholic priest named Jan Hus in the late fourteenth century in what is now the Czech Republic. To escape religious persecution they came to America.  After the failed attempt to establish a settlement in Georgia, the Moravians were able to establish a permanent presence in Pennsylvania. Moravian settlers purchased 500 acres to establish the settlement here in 1741.  The settlement was christened “Bethlehem” on Christmas Eve that year. 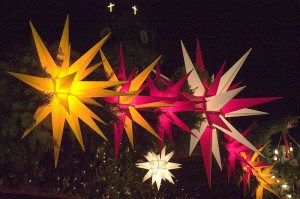 The Moravian Christmas Star is a symbol of Advent Season.

The Moravian Star originated in the 1830s at the Moravian Boy’s School in Niesky, Germany, probably as a geometry lesson.   It was soon adopted throughout the Moravian Church as an Advent symbol.  There are many forms of Moravian stars, but the most commonly seen and most widely available is the 26-point form, composed of eighteen square and eight triangular cone shaped points.  The stars are sold at the Moravian Bookstore and other locations. 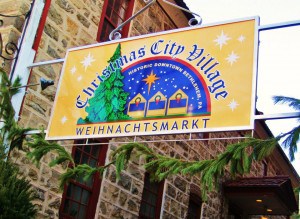 The Christmas Village is an annual event in Bethlehem.

One of the city’s major attractions is the admission free Christmas City Village, an open-air Christmas market located in the heart of the Historic District. Fashioned after the traditional German Christmas Markets, the Village features 20 wooden huts where vendors sell a variety of holiday food, crafts, and gifts. Visitors enjoy traditional German foods and hot mulled wine.
In recognition of Bethlehem’s German roots, Christmas City Village is held outdoors in the courtyard of the historic Sun Inn (founded in 1758). See www.SunInnBethlehem.com.  Many of Bethlehem’s holiday traditions date back to 1937 when the name “Christmas City USA” was first adopted.  More than a million people visit the city each year during the Christmas season. 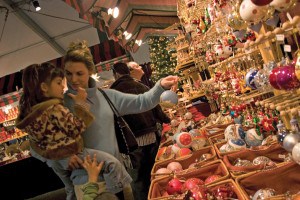 The Christkindlmarkt Bethlehem attracts many visitors to the city.

Another holiday market Christkindlmarkt Bethlehem is held this year from November 15 to December 23 each Thursday through Sunday except Thanksgiving.  Its located on PNC Plaza, East First Street.  Presented by ArtsQuest, the city’s arts and culture organization, it’s another popular holiday event.  Christkindlmarkt Bethlehem offers fine handmade crafts by many of the nations best artisans, the heart-warming sounds of live Christmas music, delicious food and more.  For ticket information see www.ArtsQuest.org.

A great way to experience the magic of Bethlehem during the holidays is on A Christmas City Stroll (walking tour).  A certified guide in period dress will share the story of Bethlehem’s unique beginnings in 1741, explain the famous candles-in-every-window, and shed new light on the famous Bethlehem Star. Historic highlights include Bethlehem’s exquisite Victorian and colonial architecture, including two National Historic Landmarks. Make reservations and meet your guide at the Visitor Center. On this 45 minute tour, guests are exposed to seasonal elements. Umbrellas, winter clothing, and comfortable shoes are encouraged. 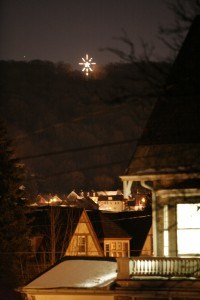 The Star of Bethlehem located atop South Mountain is lighted each night throughout the year.Photo by Ang Caggiano

New in 2012 is the Bethlehem Night Bus Tour. Tours leave from north and south side locations.  Sit back and enjoy a trip back in time with a certified guide in period dress.  Acclaimed  “one of the best ways to see Bethlehem” the tour includes a visit to the famous star atop South Mountain, a look at early and current local holiday traditions and access to historic highlights in north and south Bethlehem. 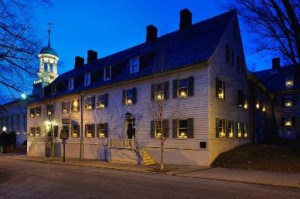 The Moravian Museum of Bethlehem.  At 66 W. Church Street, is open during the holiday season.  Step back in time in the 1741 Gemeinhaus, the oldest building in Bethlehem and a National Historic Landmark. The 2012 holiday season will feature period decorations including the 1747 pyramid of greens decorated with candles and fruit, which has been called the “one of the oldest holiday decorations in the country.” Its the perfect place to purchase sugar cookies and Moravian stars.

A popular attraction during the holidays are the Horse-Drawn Carriage Rides through the city’s downtown and historic district.  Enjoy a holiday tradition for locals and guests alike.  Carriage Tours (20 minutes for up to four persons) are the perfect way to enjoy the lights, sights and sounds of Christmas City with your family, friends, and loved ones.

The Star of Bethlehem, the city’s official symbol, was first erected on the top of South Mountain in 1937.  Two years later the wooden star was replaced with a star made of Bethlehem steel. In 1967, the current star, 91 feet high, was installed on the old steel frame and set in a concrete base.  Beginning in the mid-1990s, the star has been lit from 4:30 p.m. until midnight, every day of the year.