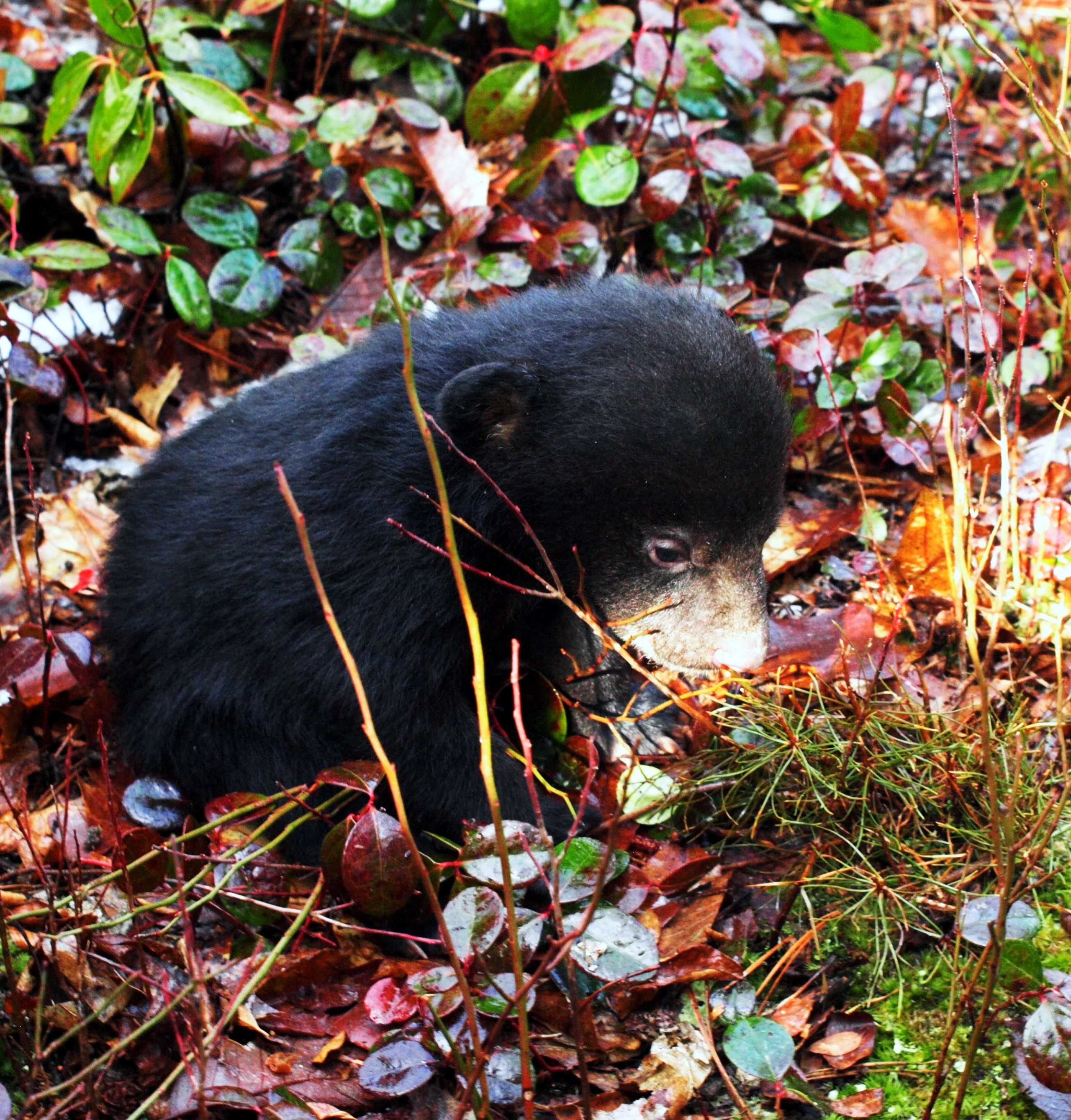 Wow, it’s March and that wonderful rebirth of nature that takes place in spring is about to dazzle our senses. March is also the time of year when mother bears venture out of their dens to introduce their cubs to the world. The arrival of bears reminds me of a close encounter I had with Pennsylvania’s largest carnivore.
It was a typical autumn morning. Standard Time had returned and the sun according to the clocks was appearing an hour earlier every morning. It was clear and crisp. More leaves had fallen over night. I had just put our dog, Bear, on his leash. 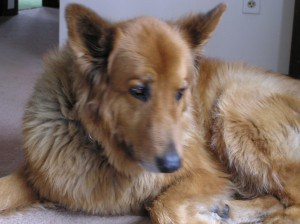 The clock signaled six thirty. Bear did his usual prancing back and forth on the gravel behind the patio looking for a perfect spot. Soon he returned placing his usual nose print on the patio door to advise me he was ready to come back into the house. I’m not sure who had trained whom! Suddenly he froze in his tracks gazing toward the house next door. He didn’t bark, so his actions caused me to step out on the patio to investigate. I did not see anything unusual. There were no neighbors, cats, or even a squirrel in the direction he was staring. His attention seemed to be focused on the black charcoal grill behind the rhododendrons surrounding our neighbor’s deck.

I thought their propane grill had been placed in storage for the season. When the grill moved and stepped off the deck in my direction, I realized the black grill was actually a black bear. It began walking toward the front yard. I quickly took our dog, Bear inside and grabbed my video camera. The dark visitor went to the large garbage can I use for sticks and leaves. Nudging the can with its nose, it obviously sensed there were no tasty tidbits, so it turned and walked toward our garden.

Circling the garden it headed straight to the bird feeders behind our patio. Finding the first feeder empty, it proceeded to the wire suet feeder. The suet feeder hangs about seven feet from the ground. It is attached to an old sailboat mast I use to keep the squirrels from raiding the feeder. Standing on its hind legs the bear reached up with its front paws, pulled the feeder loose, and placed it in its mouth. Dropping to all fours it slowly strolled back along a cleared path toward the woods where it rolled over on its back. Placing my video camera on the zoom mode, I filmed the bear lying on its back with all four legs in the air, shaking the suet free from the feeder. Finished with the suet, the bear lumbered off into the tree farm beyond the woods.

About thirty years ago I had the good fortune to be able to tag along with Gary Alt and his crew who at that time were beginning a program of extensive black bear research in the Poconos. I mentioned above, that the bear in our yard chose to walk along our cleared path. When walking, a black bear moves very carefully. It will seldom step on branches and twigs unless there is no other choice. The research group used this fact in trapping bears. A small spring-loaded trap with a noose made from a plastic covered cable was used. The noose was connected to a similar cable attached to a large tree. Food scraps were scattered along a path to lure the bear to the trap.

A small hole was dug about a foot from the base of the tree. The spring-loaded noose was placed in the hole and covered with leaves. Sticks and branches were purposely placed along the path so the bear would step in the clear area above the trap. When the bear stepped in the opening to avoid the sticks, the spring pushed the noose up onto the bear’s leg. As the bear pulled to escape, the noose tightened just above its paw. The noose was designed in such a fashion that it would not pull tightly against the bear’s leg. I remember Gary springing a trap with his arm and pulling against it to show me that the snare would not harm the bear.

The trap areas were checked everyday. When a bear was caught, it was tranquilized with a needle attached to a long pole. Once the bear was safely sedated, it was weighed and examined. The overall health of the animal was checked.  A molar was examined to determine the age and a small tag with a code number was attached to one ear.  The same number was tattooed on the inside of the mouth in case the ear tag was lost. Radio collars were attached to pregnant females. This allowed the researchers to find and examine the females in mid-March after the cubs were born. The information was recorded for future use so previous and current data could be compared if a bear was caught again. After recording the data, the bear was moved into the shade where it remained until a short time later when the tranquilizer wore off.

Black bears do not truly hibernate according to the actual definition of the word. Bears den up and sleep through much of the cold winter, but wake when disturbed. True hibernators like the ground hog are in a coma-like state. A ground hog will not respond if disturbed, a bear will.  During the time before the bear dens for the winter, its prime goal is finding food. It may feed up to twenty hours a day. Omnivorous, it eats both plant and animal matter. Its diet includes berries, larger fruits, acorns, beechnuts, birdseed, suet, corn, grubs, ants, salamanders, and mice. 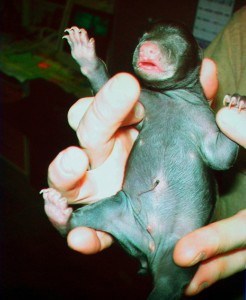 The sows normally mate at three to five years of age and usually breed every other year. The cubs are born in the den during January while the mother is still sleeping. Cubs are very tiny at birth, weighing 8 ½ to 11 ½ ounces. They are blind and hairless. Although practically helpless, they are able to feed as the mother sleeps. Her milk is very rich containing over 20% fat. The cubs grow quickly. After about seventy days, usually about mid-March, the mother and cubs leave the den for short periods during warm afternoons. They are still nursing, but begin to sample some solid food. By August they are weaned. Some continue to travel with the mother. 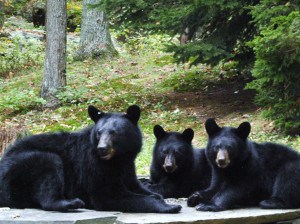 Cubs stay with their mother for about 18 months.

The females’ dens are located by the signals coming from the radio collars attached in fall. The highlight of my time working with the bears was visiting the dens to check the mothers and cubs. The cubs weigh about five pounds in mid-March. The mother is tranquilized, removed from the den, checked for weight loss, and overall condition. Each cub is weighed, checked, and tagged for later identification and follow up. The number of cubs varies from two to five in a litter. The mother and cubs are carefully placed back in the den to continue their normal routine. Most of the dens I visited contained two cubs, but one had four. Holding four bear cubs in my arms is an experience I will always remember. 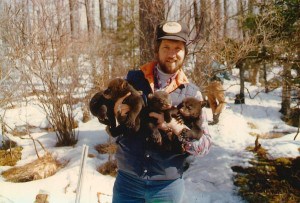