Dedicated to serving individuals, the renowned wine merchant, Millésima, is all about quality and service, especially in providing a wide selection of wines and spirits and featuring some of best appellations of Bordeaux.

Over thirty years, Millésima has earned its reputation in offering individuals fine wines from France, along with other prestigious vintages from all over the world.

Located in the heart of Bordeaux, this company is noted for offering premier bottles of Bordeaux that are part of its 2.5 million bottle inventory. Founder, Patrick Bernard, follows the footsteps of his grandfather and continues the tradition of providing fine wines and spirits for four generations with his active involvement in expanding the Group’s holdings that created Millésima in 1983. The Bernard Family Group also acquired the Domaine de Chevalier, Grand Cru Classé de Graves that is managed by Oliver Bernard. Fabrice Bernard is Millesima Managing Director.

Under Patrick’s leadership, the company has flourished and is positioned for growth front and center not only in Bordeaux, but also internationally with over 80,000 customers across 120 countries. He has diversified business interests that range from cellars to Châteaux, including the acquisition of.the Château Peyrabon, land in the Haut-Medoc, the Château La Fleur Peyrabon, as well as land in Pauillac.

In addition to managing his Bordeaux properties, Patrick’s core business is offering wine via mail order to individuals through catalogues, as well as by internet marketing.  At Millésima, the online wine business is reaching dizzying heights as the company embraces different versions of its internet technology to customize to diverse foreign markets.

Millésima has been discovered not only in its Bordeaux cellars, but also in its stores in New York at the corner of 2nd Avenue and 72nd Street and in Saint-Tropez’s fashionable area of the Pinède.

Built in 1840, the cellars of the Quai de Paludate offer 8.000 sqm that provides storage of 9,000 different items, together with 12,500 large-sized items stocked in the Imperial Library.  Visitors can explore the cellars and Imperial Library, which house some of the rare and unique wines from France and abroad. Guests can also enjoy garden parties and after work events that allow them to experience some of the unique and rare fine wines of the world.

To stimulate public interest, Millésima opens its cellars to groups and individual visits, events and tasting sessions. Professional seminars and corporate events are also held in the cellars’ magnificent setting. Millésima also sponsors much larger events that offer the chance to taste premier wines while meeting estate owners. With such large turnouts, the company hosts events to taste Champagnes, Burgundy, and Rosés at the new Bordeaux Stadium.  In a recent event, the company extended a special invitation to its patrons for a Champagne Tasting that included 27 premier champagnes, along with 100 other white and rosé champagnes.

In serving the community, Millésima sponsors a number of local events and organizes oenological dinners for groups in Bordeaux.  The company is active in promoting wine tourism by hosting a visit of the cellars that includes dining in the magnificent Imperial Library, followed by a tasting session of the wines that were enjoyed during the meal.

In response to the demand for fine wine, Millésima presents a vast array of Bordeaux wines, choosing the top appellations of the region.  It lists over 6,500 references in several vintages, while carrying many of these wines in magnums, jeroboams and mathusalems.  As a major retailer, it is among the five biggest buyers of Bordeaux fine wine futures or en primeur wine. Every year the company has more than 350 wines that are available to buy pre-release and       en primeur wine. 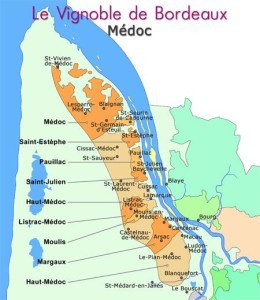 A major advantage for the company is to purchase wine directly from an estate before it is stored in its own “House”. In terms of reputation, it remains an unspoken assurance. The wine has only been in two cellars: the producer’s and Millésima’s cellars, which provide an optimum storage environment.  The company’s dedication to serving both the producer and the private customer is one of the keys to its success.