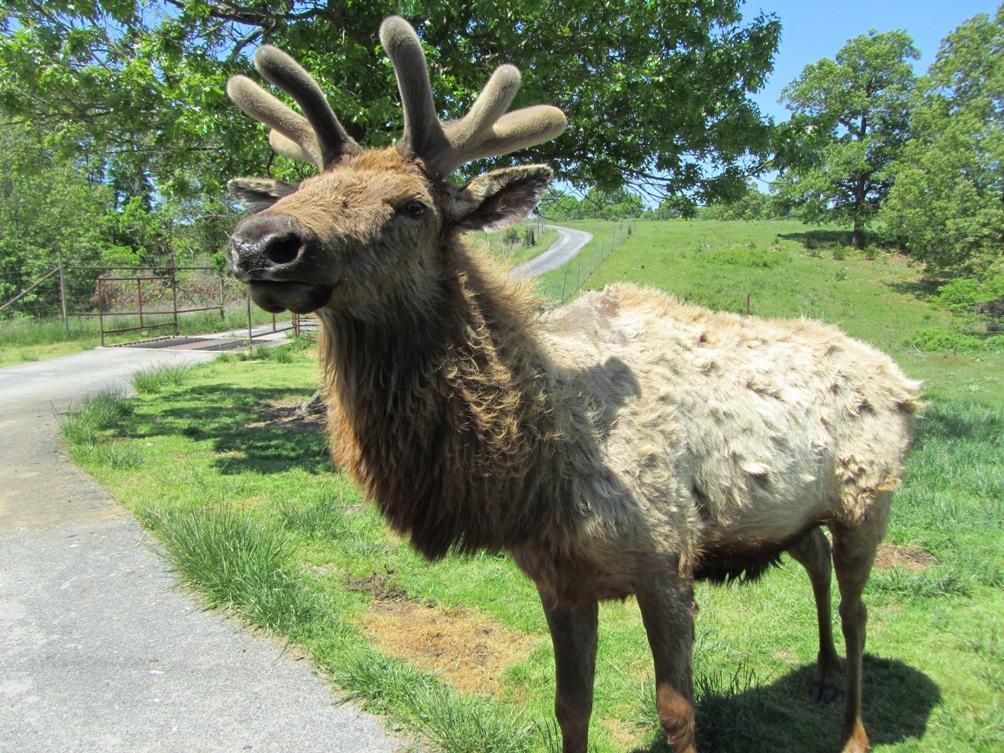 Musical entertainment reigns supreme in Branson. This family-friendly city has more than 100 shows, some in theaters with as many as 2,000 seats and the theme that runs throughout is one of  patriotism,family values and religion. Veterans are acknowledged and asked to stand at every performance I attended in Branson. Family values and references to religion are included in most of the performances.

That’s not to say that all of the performances are the same. Branson entertains visitors with a variety of shows from Pop and Country to Rock ‘n’ Roll, Gospel, Broadway and Bluegrass Jazz.

There are magic shows, Chinese Acrobats and classical performances. I enjoyed the Legends Show at the Dick Clark American Bandstand Theater featuring a variety of impersonators singing with their own voices that were almost as entertaining as those of the talented artists they were portraying.

Shoji Tabuchi, a violinist from Japan has been in Branson for more than two decades and performs with his daughter, Christina Lingo, and a talented cast of memorable performers. The musical evening includes a variety of songs from classical to country and jazz. The 2,000 seat theater has one of the most elaborate bathrooms in the city. Crystal chandeliers and elaborate décor decorate the Ladies Room and the Men’s Room has a pool table with a dozen chairs around it.

Chicago at Red. Hot and Blue.

“Red, Hot and Blue” at the Clay Cooper Theatre is a show with   dazzling dancers. Dozens of costume changes and more than 60 hit songs from Broadway and country to rock-n-roll are sung by a talented cast. Spectacular sets take theater patrons on a musical journey of Broadway shows.  The energetic cast dances across the stage with vim and vigor giving a spirited performance that garners a standing ovation by audiences. My favorite segment was the tribute to the musical, “Chicago.”

The Sight and Sound Theatre, the largest faith-based live theatre in the nation is worth a visit whether or not you are a Christian. This theatre’s purpose is to present the Gospel of Jesus Christ by visualizing and dramatizing the Scriptures,  through inspirational productions. The theater opened to the public in May, 2008, and it is an immense theater. The 339,000 square foot building has a seating capacity of 2,085 plus designated spaces for 22 wheelchairs. The 300-foot long stage wraps around three full sides in the main-floor audience with action also taking place in the theatre aisles. I saw the production of “Joseph” which included live camels and donkeys walking down the aisles and appearing on stage. The main stage has 22,550 square feet of acting area. You have to see this magnificent theater to appreciate it. The sets and costumes are elaborate and the story is based on the bible. While it is a ministry, the company is not affiliated with any external organization or any particular church denomination.

Another show-stopping performance is the “Cat’s Pajamas” at the Andy Williams Moon River Theatre, another 2,000 square foot majestic auditorium and theater. The five male cappella vocal band gave an energetic performance. A sound track tended to drown out their voices, but there’s no denying the talent of this group of singers.

But shows aren’t the only thing to do in Branson. You can golf in the Ozark Mountains, fish for Rainbow Trout and other species and visit Silver Dollar City, the next stop on my exploration of the region.

Silver Dollar City is one of those old fashioned amusement parks with plenty of activities for all age groups. There’s the Outlaw Run, double barrel roll 720-degree wood coaster,  that drops more than 16 stories, with a top speed of 68 miles per hour. Thirty rides of varying intensify offer plenty of choices including the steam-powered train that circles the park. There are bands that perform daily at the park, more than 100 resident craftsmen including woodcarvers, glassblowers, potters, leather crafters, candle makers, knife makers and a candy shop where you can sample some of the most decadently delicious homemade fudge.

The Titanic Museum attraction is a fitting memorial to the people who lost their lives at sea. The family owned museum has many outstanding memorabilia and replicates the ship’s interior and exterior with stories and photos of the people who sailed on the ship.  Step on board the museum and you will get a sense of what it felt like to sail on the Titanic on that fateful voyage.

Dogwood Canyon Nature Park, a 2,200 acre park located southwest of Branson has beautiful natural rock cliffs, tree-lined fields, waterfalls and streams. Visitors to the park can take lessons on fly-fishing, ride a Segway or a bicycle and fish in the streams for rainbow-trout.  There are biking trails and a chance to get up close and personal to animals by taking a tram tour around the park.

Adventure seekers can also enjoy a zip-line tour at Wolfe Creek Preserve and shoppers can have a wealth of choices from antique shops to modern outlet stores. This was my second trip to Branson, but certainly not my last.