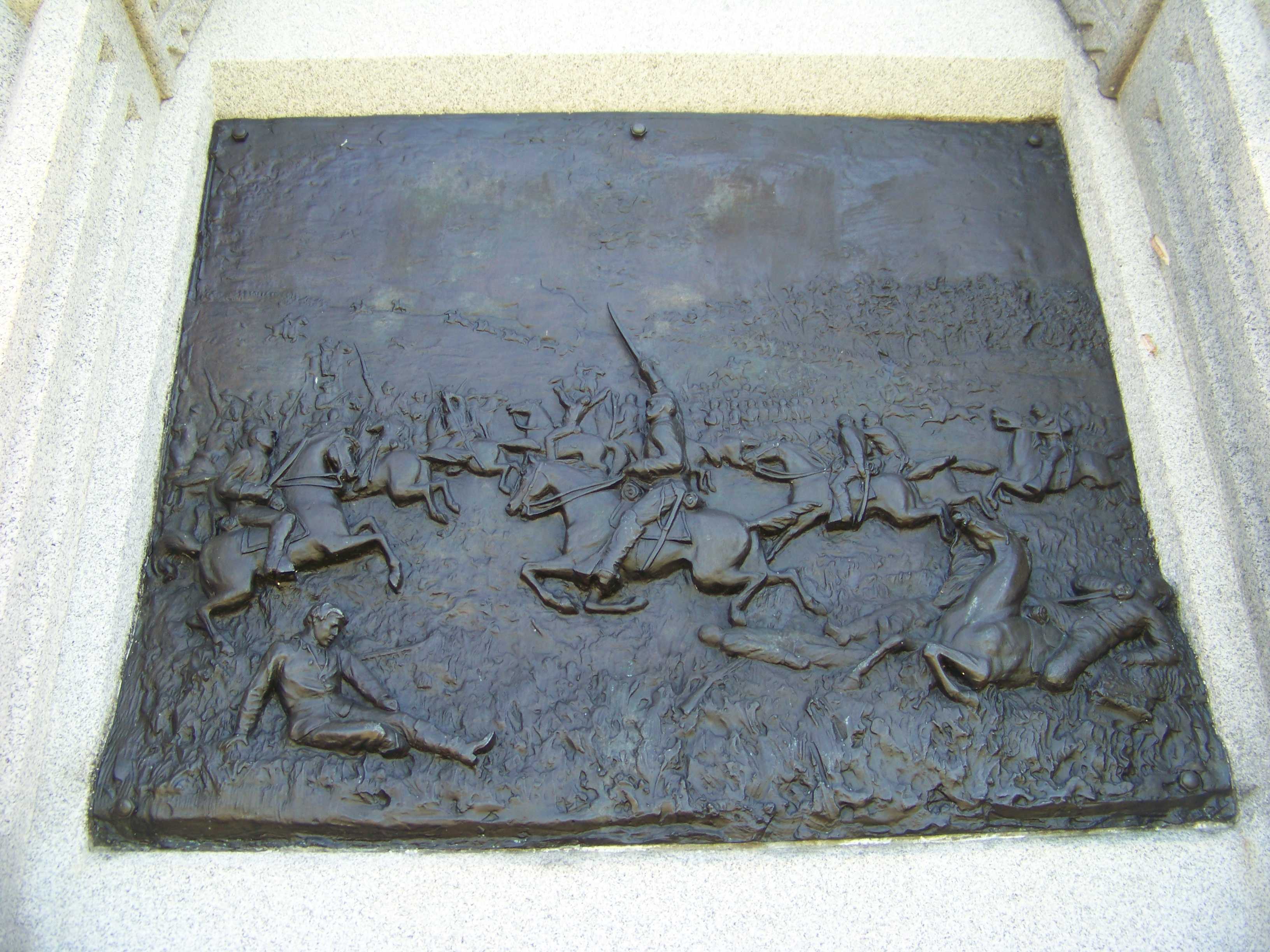 Story and Photos by Will. A. Davis- 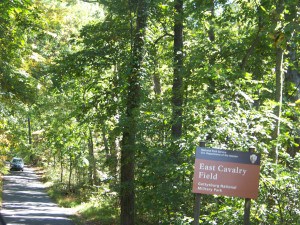 One of two entrances to the battle site.

It sears in our collective memories as one of the greatest historical battles of the American Civil War and in American history. Three days of battle  in July of 1863 that would set the standard for glory and horror all in the same breath. Thousands of articles, books, pictures and stories have been elicited from these three epic  days of battle. To visit the National Park at Gettysburg is a journey that millions have made. Each visit  seems to lead to a  new discovery, another poignant moment.

Hundreds of monuments dot the battlefield,commemorating the deeds on both sided. The sites also remembered: Devil’s Den, Pickett’s Charge, Little Round Top, Culp’s Hill, the Wheat Field, Peach Orchard and the copse of trees signaling along the Union lines that the 15,000 men of Pickett’s Charge would aim for and that would become the  high-water mark of the Confederacy of the war. 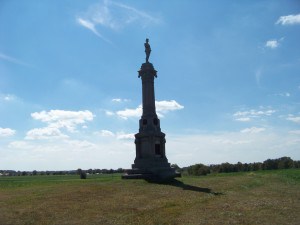 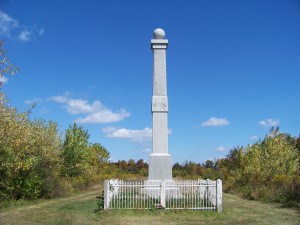 The names of some of the leaders for both sides of this conflict such as Lee, Meade , Reynolds, Chamberlain , Longstreet, Sickles and so many others have all become synonymous with Gettysburg. But this is the story of a different battle on the last day of the battle three miles away where incredibly brave men would clash and legends would meet. The East Cavalry Field.

Two names many are aware of in relationship to the Civil War are Confederate General James Ewell Brown Stuart commonly known as Jeb Stuart and a brash nineteen year old “boy general” George Armstrong Custer of the Union forces. Legends abound about their exploits during the war but few realize that on the third and decisive day of the battle July 3, 1863 the two giants did clash in an epic and heroic cavalry battle. The battlefield where this event took place is just three miles east from the main battlefield and for the most part took place on the land of the now picturesque Rummel’s farm. 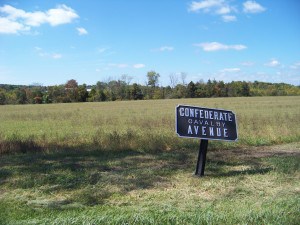 Signs along trail at the East Cavalry site help navigate the battle field.

Although the battle was basically a draw the importance of this fight to the Union cause was to prevent the Confederate cavalry  from attacking the rear of their lines as the courageous but futile Pickett’s Charge was taking place. I thought, standing out in these fields in the quiet, one can still hear the thunderous crash as hundreds of horses and riders collided again and again  during the three hour battle.

Today we are able to tour  the East Cavalry battleground by car, bike,  or perhaps  take the walk-able trail to key stops with signage referencing strategy, individual units from each side, the time of their arrival on the battlefield, their part in the battle, primary officers and casualty lists. The markers are all along the  road leading in and out of the battle area, starting  at Custer Avenue and continuing on to Confederate Avenue or vice versa as there are two entrances. 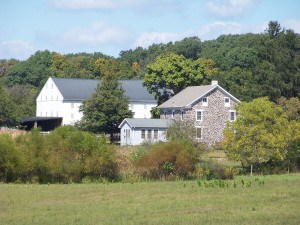 Originally John Rummel’s  farm was 168 acres and most of  it is still here with its scenic sea of  green well planted   fields make this stop a must for Civil War and American history lovers. It’s a rare insight into the somewhat less known engagements of this terrible time in our history. The tour is free of charge and you can spend as long as you want. It’s quiet and peaceful a hard turnabout from the hot afternoon in July 1863. 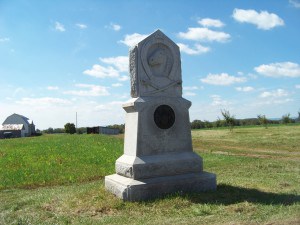 As mentioned much has been written about visiting Gettysburg and there is a lot to do and see not only at the main park but in other areas such as the East Cavalry Field.  Check with the Gettysburg Visitors Bureau for more assistance and ideas. The National Park Service site gives quite detailed information on visiting and options available in touring and access. They are also the resource for persons with disabilities.