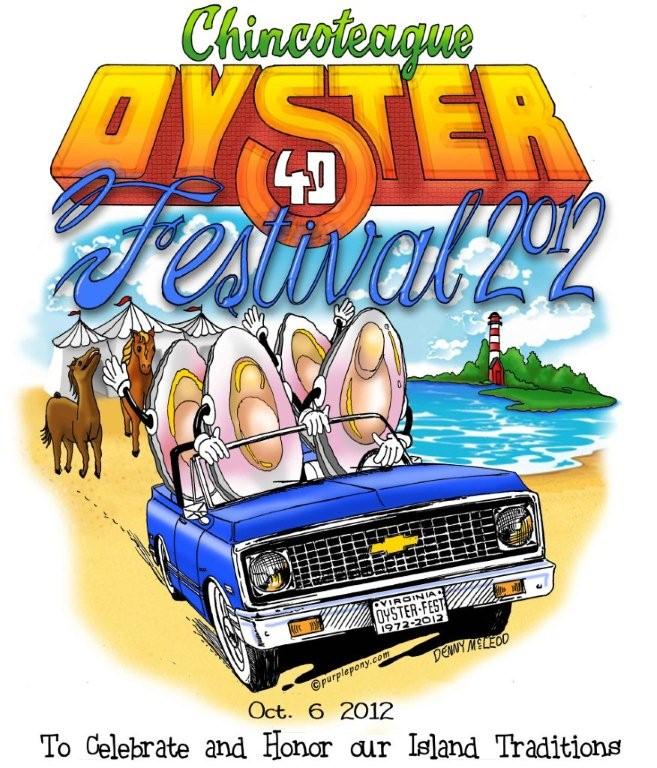 By Jim Weaver
Oysters aren’t everybody’s cup of tea.  For one thing they aren’t particularly attractive and we like our food to look pretty.  And the flavor is a little strange, at least initially.  Some would say it’s an acquired taste. However, if you’re willing to try oysters, they can become exceedingly habit forming.

It’s an all-you-can-eat affair of oysters on the half shell, steamed, single fried and in fritters, plus crabs, hush puppies, clam chowder, hot dogs, french fries, salad bar, soft drinks and much more.

There will be live music by The Island Boys, souvenirs, raffles, and contests.

Nothing else tastes quite like the Chincoteague oyster or Crassostrea Virginica. (the scientific name), so named because biologists first identified it on Virginia’s shores.  Plump, delicate, tender, and slightly salty, they take on the flavor of their environment. Because these oysters come from waters fed daily by ocean tides, they impart a highly desirable briny flavor.

Tasty Gem of the Sea

Chincoteague oysters were once considered the aristocrats of all the oysters harvested in America. Many still believe so. Since before the turn of the 20th century, Chincoteague “salt” oysters have been served in the finest restaurants in America and Europe.

Traditionally, Chincoteague oysters were harvested in by day boats using hand tongs and later mechanized tongs and dredges.  Today, however, virtually all oysters are raised on aqua farms.  Tom’s Cove Aquafarms in Chincoteague supplies locally grown salt oysters to those specialized markets that demand a high quality, plump and flavorful oyster.  See www.tomscove.net.
Owner operator Tommy Clark has been aqua farming for about 20 years.  A labor intensive job, Clark produces over 250,000 oysters each year and more than 2 million clams.  Nearly all are shipped overnight to restaurants and seafood outlets in Pennsylvania and New York.  One of his clients is the Oyster Bar at New York’s Grand Central Station, one of the best known oyster houses in the world. Does Clark eat oysters?  “I eat my share, sometimes a lot more,” he quipped.

There’s a widely held belief that oysters are an aphrodisiac and potency booster.  Believe what you will, Casanova is said to have eaten several dozen oysters first thing every day.

Festival Gates open at 10 AM. Food service is from 12:00 noon to 4 PM. The event is held rain or shine and there is parking at the event site plus remote parking with shuttle service.  Tickets are $40.00 each.  They are available from the Chincoteague Chamber of Commerce at (757) 336-6161 or chincochamber@verizon.net.