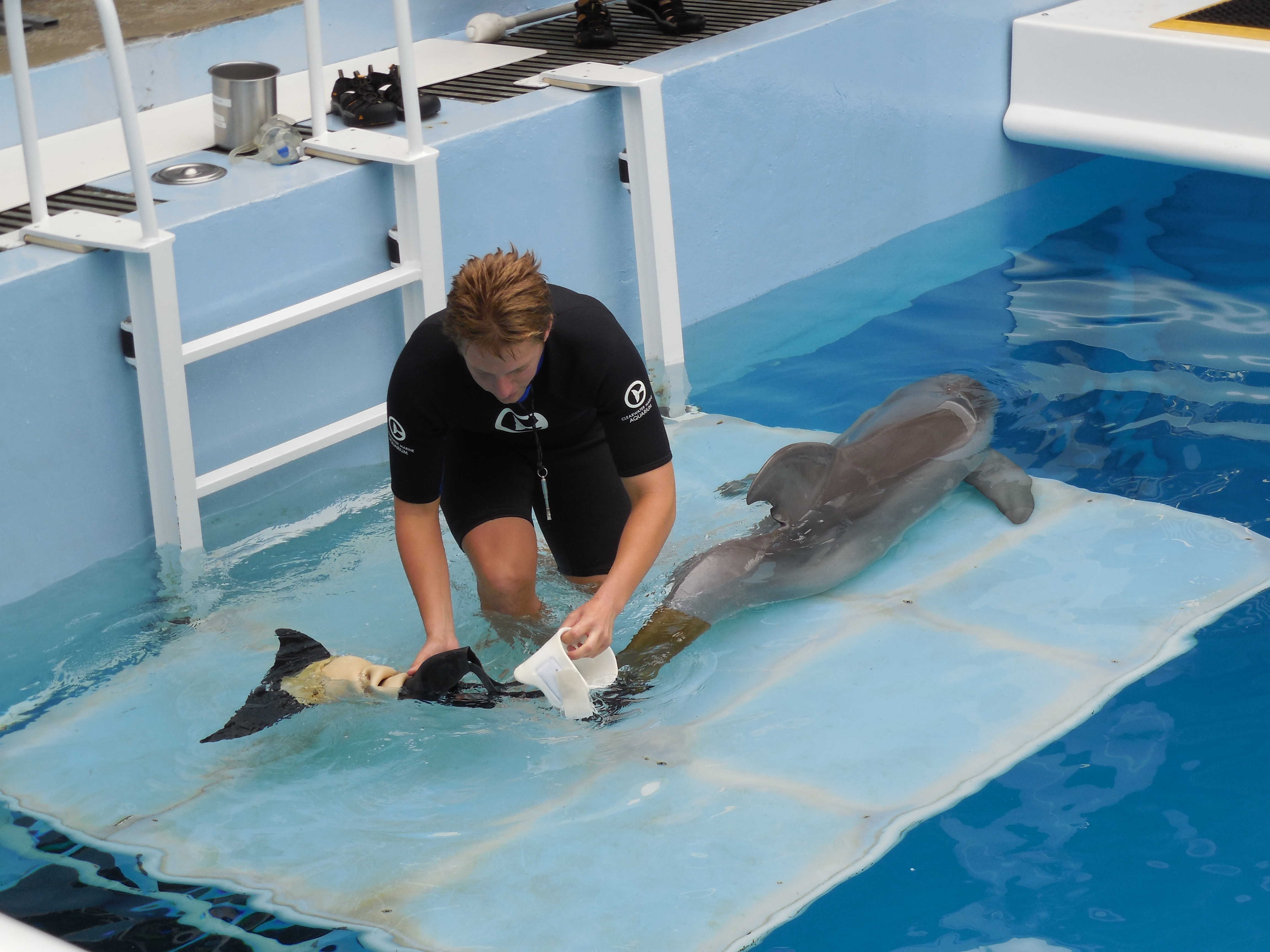 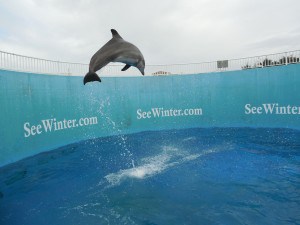 Who is the most famous dolphin in the world? Flipper, right? Not if you ask Kimberly Simpkins of Indiana; thirty-one-year-old Maja Kazazic, who was injured during the war in her native Bosnia; or Luke Conrad of Troy, Ohio.

For them the most famous – and inspiring – dolphin in the world is Winter, star of the Hollywood film Dolphin Tale and main attraction at the Clearwater Marine Aquarium in Clearwater, Florida. Kimberly, Luke, and Maja are just three of the many of physically challenged, young and old, who have been inspired by the incredible story of Winter the dolphin and whose lives have been greatly impacted upon meeting Winter.

They come on prosthetic legs, or in wheelchairs, or sick from cancer. They come to see the dolphin that lost her tail after becoming entangled in the lines of a crab pot. Winter survived that stranding and continues to thrive, swimming with her friend Hope in the dolphin tanks at Clearwater Marine Aquarium. 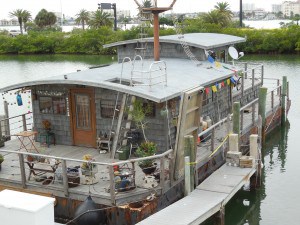 Winter cavorts with her pal and thrills visitors to the Aquarium with the aid of her prosthetic tale. It was the development of the protective sleeve for Winter’s prosthetic tail, now referred to as “Winter’s Gel,” that proved to be so important, for not only Winter, but for many who suffered through the agony of an irritating prosthesis. Thousands of people – including children and veterans of the Iraq and Afghanistan wars – now use Winter’s Gel.

Winter’s amazing story and her impact on countless people is the subject of the movie Dolphin Tale, which visitors can experience at Winter’s Dolphin Tale Adventure, an interactive attraction in downtown Clearwater. The attraction, which is included in the admission price for the Marine Aquarium, includes rebuilt scenes, movie images, and a variety of actual props used and filmed in Dolphin Tale. A free shuttle can take you back and forth from the Marine Aquarium.

We enjoyed re-experiencing the movie at Winter’s Dolphin Tale Adventure, but the real treat for us, and the thousands of visitors who come each month, was seeing Winter at her home at the Clearwater Marine Aquarium. We saw one of Winter’s trainers attach her prosthetic tail and then put her through some of her daily physical therapy. We also witnessed an interaction between a family and Winter and Hope. The Aquarium (CMA) offers a variety of interactive experiences – reservations for these are a must. 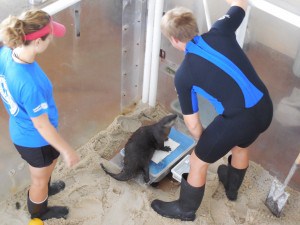 The Clearwater Marine Aquarium is a working aquarium dedicated to public education, animal assisted therapy, marine research, and the rescue, rehabilitation, and release of injured or sick marine animals. So don’t expect to see the entertainment shows with the marine animals that are the main attractions at other marine facilities. You will see staff workers and volunteers working with and caring for a variety of marine animals such as dolphins like Winter and Hope, sea turtles, otters, and others that have been rescued and are in the process of rehabilitation. Unfortunately some of these animals, like Winter, will not be released back into their natural habitat, as they would not have the skills to survive.

In addition to the various interactive experiences available at CMA, the aquarium offers a Volunteer Program, Adopt an

Animal Program, and a variety of Education Programs, such as the Behind the Scenes Tour and the Sea Life Safari, a 90-minute narrated boat trip that includes a net pull and hands-on examination of the marine life brought up in the net. CMA also maintains an Emergency Marine Animal Stranding Team and Sea Turtle Program that monitors nesting along Pinellas County beaches.

Fans of Winter and Dolphin Tale are eagerly awaiting the release of Dolphin Tale 2, which was shooting on location

at the aquarium at the time we visited (CMA remained opened on weekends during the shooting of the film.) We saw the director’s chairs with the names of the film’s stars on display and one of the movie’s live sets.

For more information on the various programs, interactive experiences, and history of the Clearwater Marine Aquarium visit the website at www.SeeWinter.com or call 727-441-1790.