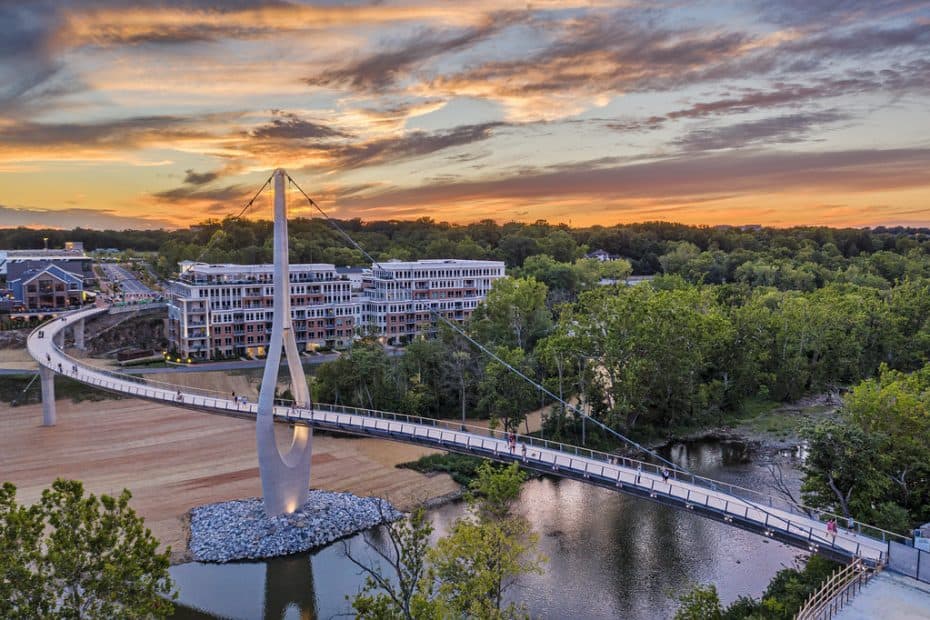 It seems the folks in Dublin, Ohio can’t get enough of the celebration of all things Irish. For them, St. Patrick’s Day may come once a year, but they’ve found another way to reprise the celebration of Irish heritage in mid-summer.

Since 1988, Dubliners and folks much further away have converged in August on Coffman Park in this upscale Columbus suburb of some 41,751 residents. Their goal – to experience the culture and traditions of the Emerald Isle in what’s called the Irish Festival. Starting out as an Irish Dance Competition, the annual event has grown to become the largest, three-day Irish Festival in the world, drawing as many as 100,000 people over the weekend.

In the past up to 65 acts have taken the stage to regale attendees with live music, dance and storytelling while numerous vendors spotlight food, drink and merchandise, some with an Irish theme. As to the music, Irish and Celtic-themed bands have come to perform from as far away as Ireland, the UK, Canada, Germany and France.

In between the stages and vendor tents in the park, Irish fans can also take a penny whistle lesson, see demos of sheep herding by Celtic Canines and learn about the breeds, make family discoveries in the genealogy tent, even watch the reenactment of an Irish wake. All that is missing, it seems, are leprechauns and banshees, but I wouldn‘t be surprised to see some of those turning up.

This year’s 5K race took place on Thursday, August 5, with runners getting an event T-shirt and a commemorative medal at the finish line. Top first, second and third place male and female winners also took home a special award presented by age grouping. Due to this year’s covid pandemic, the race was limited to 1,000 runners, although a virtual option was also available.

“Last year, the Festival was all-virtual,” said Sara Blatnik, marketing director for Visit Dublin Ohio. “This year, organizers made a decision to streamline the festival as a response to covid, call it Irish Days as presented by the Dublin Irish Festival and spread it out from Coffman Park into the downtown area.”

New this year was a theatrical performance in the Coffman Park Amphitheater titled “The Irish . . . And How They Got That Way.” This lively off-Broadway musical written by Frank McCourt, author of “Angela’s Ashes,” ran each evening from August 4 to 8.

Headed by a cast of five spirited singers and dancers, the musical tells the story of the Irish in America with considerable humor, heart-warming sentiment and astringent, even bittersweet recollections. The work runs a gamut of Irish songs beginning with the classic “Danny Boy” up through U2’s “I Still Haven’t Found What I’m Looking For.” 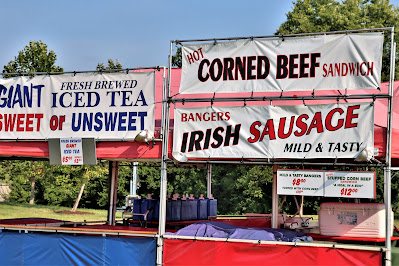 While the grounds of Coffman Park held the concert stage as well as vendor tents selling culinary treats like Irish stew, fish and chips and hot corned beef and banger sausage sandwiches, attendees were also able to purchase alcoholic beverages such as beer (of course there‘s Guinness), wine and shandies (a mix of beer and sweet lemonade). 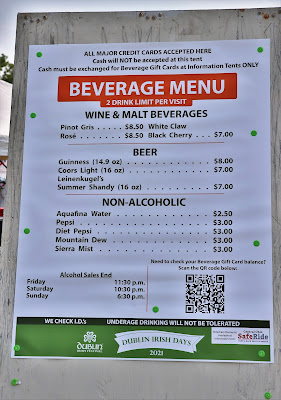 In the downtown area, local Irish musicians and dancers performed on several outdoor stages and inside pubs and restaurants. For the small fry, the Wee Folk Pavilion sported games, crafts and entertainment. Something else for the youngsters, the Fairy Door Trail is a year-round activity. Participating is easy. Pick up a passport, follow the trail to 12 businesses, then look for the small fairy door secreted away in each one. After writing the name of the fairy written on the door in the passport, get all 12 names, then turn it in to the information center at 12 S. High Street and receive a free Fairy Door T-shirt.

For the adults during Irish Days, patrons are allowed to purchase alcoholic beverages from an approved establishment, then sip, stroll and explore in the Downtown Dublin Designated Outdoor Refreshment Area or DORA for short.

Throughout the year, patrons can also follow the Celtic Cocktail Trail to earn prizes. Access to the trail is available free and online at website visitdublinohio.com. After registering, participants will be sent a passport via email or text which will identify 18 different businesses (bars and restaurants).

Some of the Celtic concoctions include the Irish Sunset, a mix of Teelings Small Batch, Aperol, Lime Juice, Pineapple-Infused Syrup. ***Zero-Proof: Kaliber Pale Lager from Guinness, served at Fado Pub and the Celtic Clobber, made from Tullamore D.E.W., Oloroso Sherry, Honey Syrup, Fresh Lemon and Ginger Cordial served at the Vaso Rooftop Lounge.

In non-covid years, admission to the Festival has a range of prices depending on age (senior, child) and number of days attending. A $15 fee is also charged for lawn chair seating for the concerts.. Hotels are usually sold out well in advance, and Blatnik said that some attendees even reserve a room while at the festival for the following year’s event.