Gervasi Vineyards Offers a Taste of Tuscany in Eastern Ohio 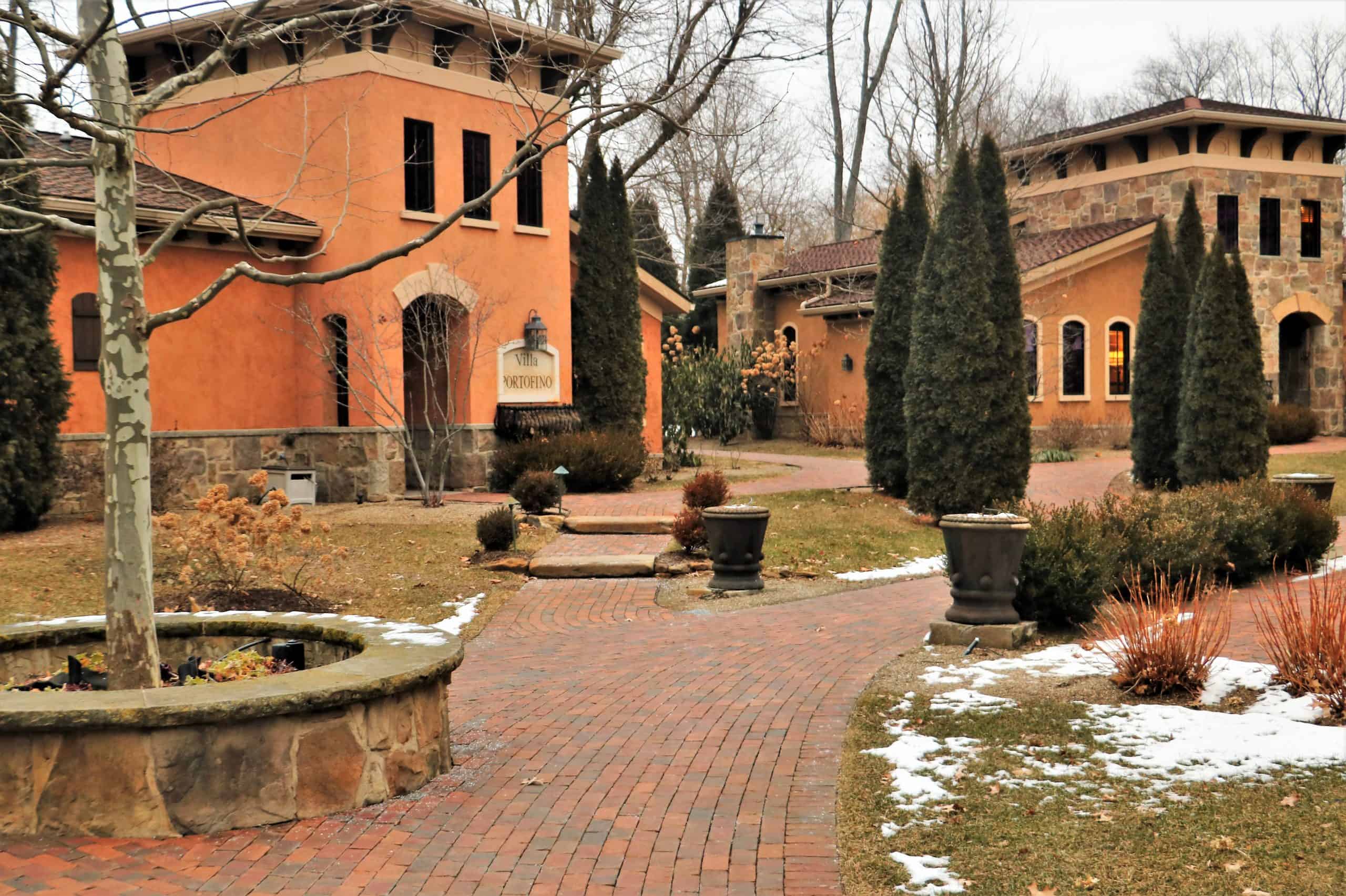 By Dave Zuchowski with Photos by Bill Rockwell
CANTON, OHIO
You don’t have to travel all the way to Italy to soak in the Tuscan experience. Just head off to Canton, Ohio, where the Gervasi Vineyard will greet you with the warmth and ambience reminiscent  of Florence and Pisa.
GERVASI VINEYARDS RESORT 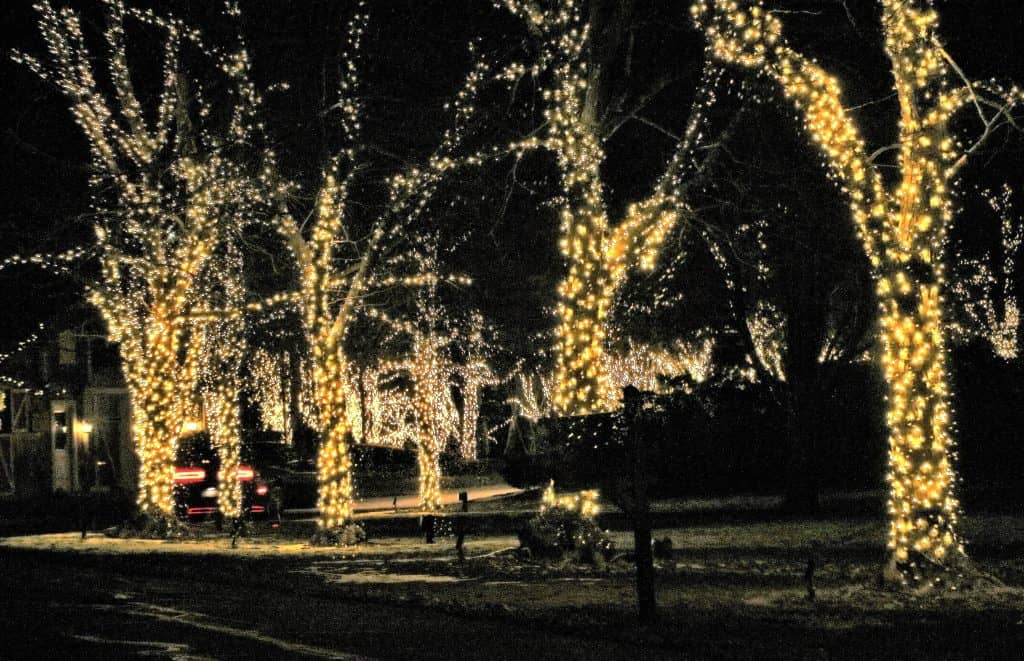 Entering the Gervasi Resort.
Drive under the luxury resort’s massive welcoming arch that spans the entrance roadway and enter an extraordinary realm. With a beautifully maintained landscape that encompasses some 55 acres, two lakes, two tracts of grape vines and, best of all, an array of architecturally gorgeous buildings right out of Tuscany, Gervasi Vineyards Resort is an exceptional destination.
THE STILL HOUSE
After slowly driving along the main road soaking it all in, my photographer and I arrived at the Still House, where I was told to check in for my overnight stay. After entering through the main door, my eye was immediately drawn to the right where a wall of brilliantly illuminated whiskey bottles shimmered with a magical glow. That’s right, in addition to growing grapes and making wine, Gervasi recently also opened a distillery. 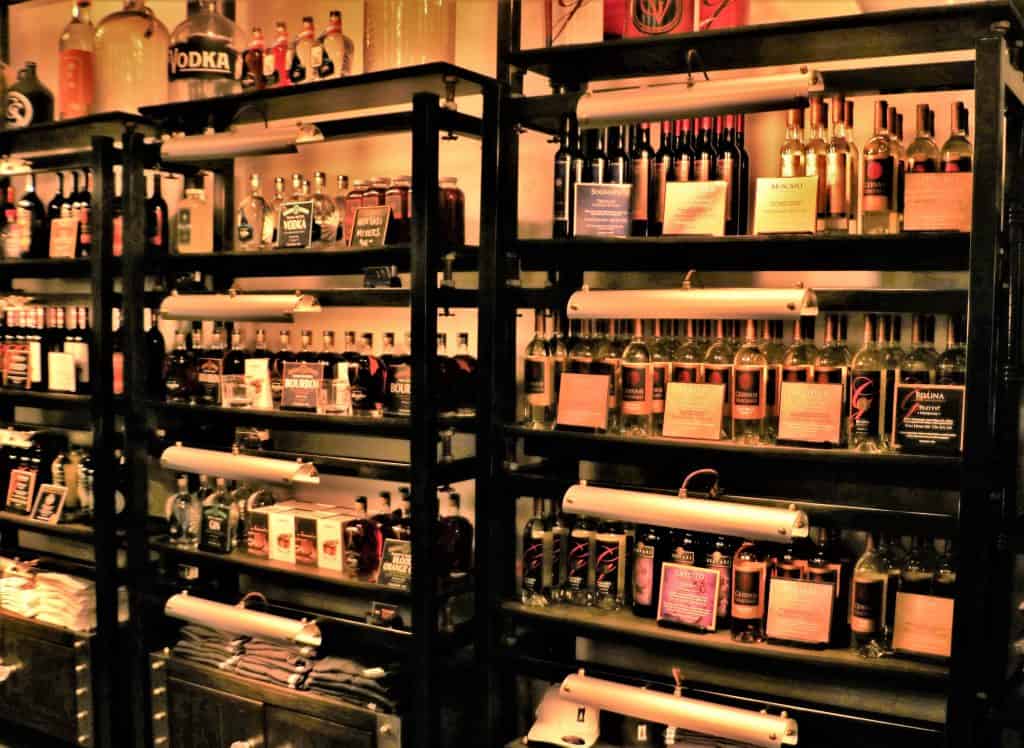 Array of whiskeys distilled at Gervasi’s.
The Still House is inspired by the St. Gervasi Church in the family’s ancestral village in Denno, Italy. Fittingly just beyond the entrance door, I spotted an antique wooden confessional flanked by a kneeler on each side. It made for an apt and thematic conversational piece. Further on, I came across a cozy area with tables and chairs, where visitors can have a cup of Gervasi’s special coffee blend in the morning or small plates and cocktails the remainder of the day.
At the marble topped bar at the far end of the Still House, wine lovers can sit and sample some of the winery’s 30 varietals. To the left, an outdoor, heated cigar lounge called the Sin Room, is available for those with a taste for that sort of enjoyment. It sits in eye-shot of the new distillery that turns out some award-winning spirits including small batch vodka and gin, blood orange gin and rose vodka.
Making note of the building’s stained glass windows and impressive chandeliers on my way out, I headed for the Welcome Center adjacent to the Still House to check in.
After presenting us with a map of the grounds and a room key, the receptionist asked us to choose one of the three  breakfast options that would be delivered right to our door the following morning.
LAKESIDE VILLA 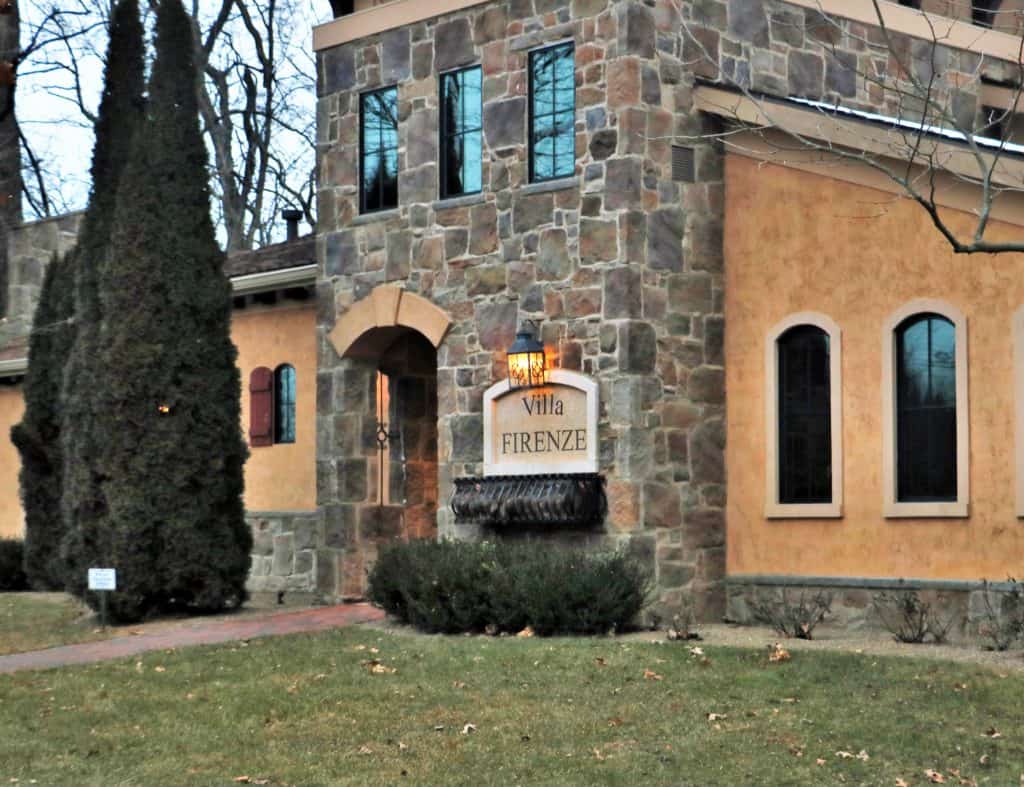 Outside the Villa Firenze at Gervasi Resort and Vineyard.

Anxious to see our digs, we drove over to the lakeside villas, all six of them identified by names like Portofino and Firenze. Walking past a large gazebo which once served as an herbarium, I found Sorrento, used my key and opened the door on a common area, which has a large stone gas fireplace and lovely Tuscan details like the chandelier and the dining room table and chairs.

Four guest rooms, two on each side of the common area, are basically identical. Each has a stone gas fireplace with a timer, big queen or king beds with massive wooden headboards. Ours also came with a view of the lake.

I’d encountered towel warming racks in a few places before but never realized how good a warm towel feels draped around your body after a refreshing shower on a winter’s day. The floor tiles in the bathroom are heated as well for even more pampering touches.
THE BISTRO 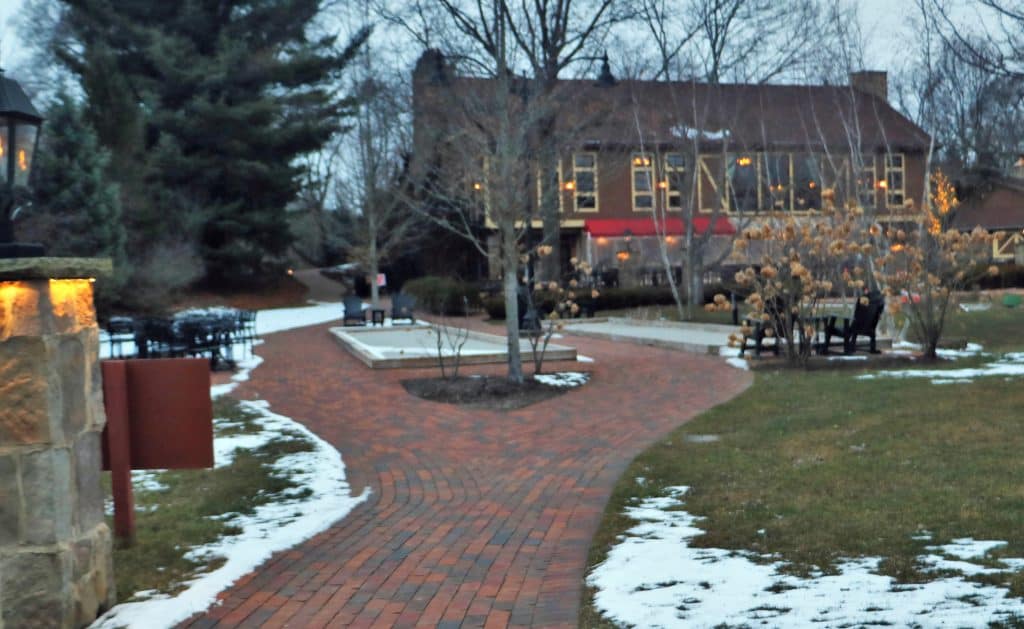 Path up to the Bistro.

Just before dusk, we made our way from our villa along a path toward the Bistro, Gervasi’s upscale eatery that serves rustic Italian fare. The path took us along the lake, on a bridge over a running stream, once the site of a mill, and past the bocce court.

Normally, meals are served al fresco in the Piazza, a large courtyard dotted with tables and chairs covered by vermillion umbrellas, but the cold winter put a hiatus on outdoor dining till more clement weather arrives.

Not a problem for us because we got to dine in what once was a 1820’s barn complete with wooden beams harvested and milled right on the property. Now  remodeled and boasting a chic coziness, the Bistro, I heard from an informed source, serves items 90 percent of which are made from scratch. 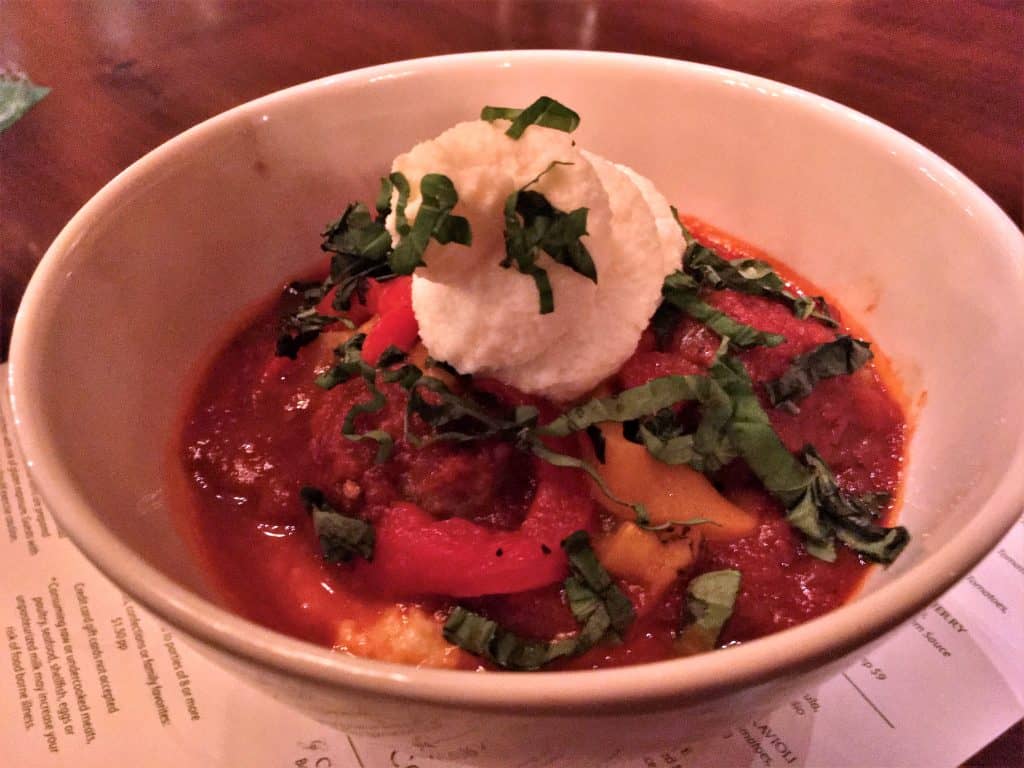 Save room for dessert. 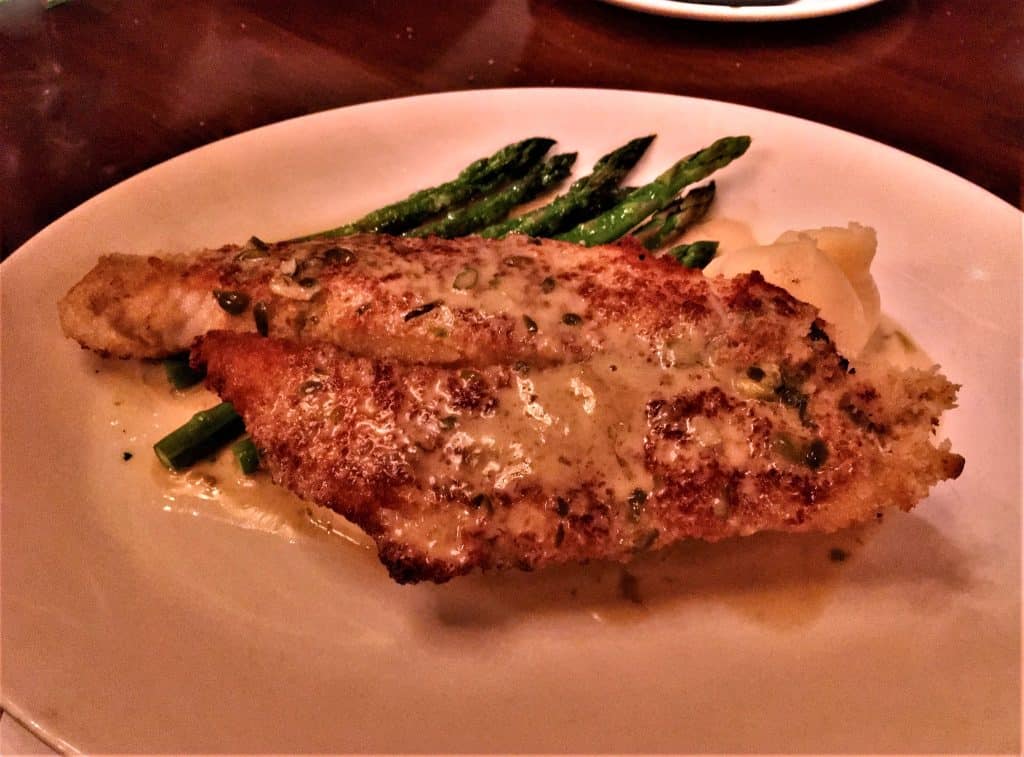 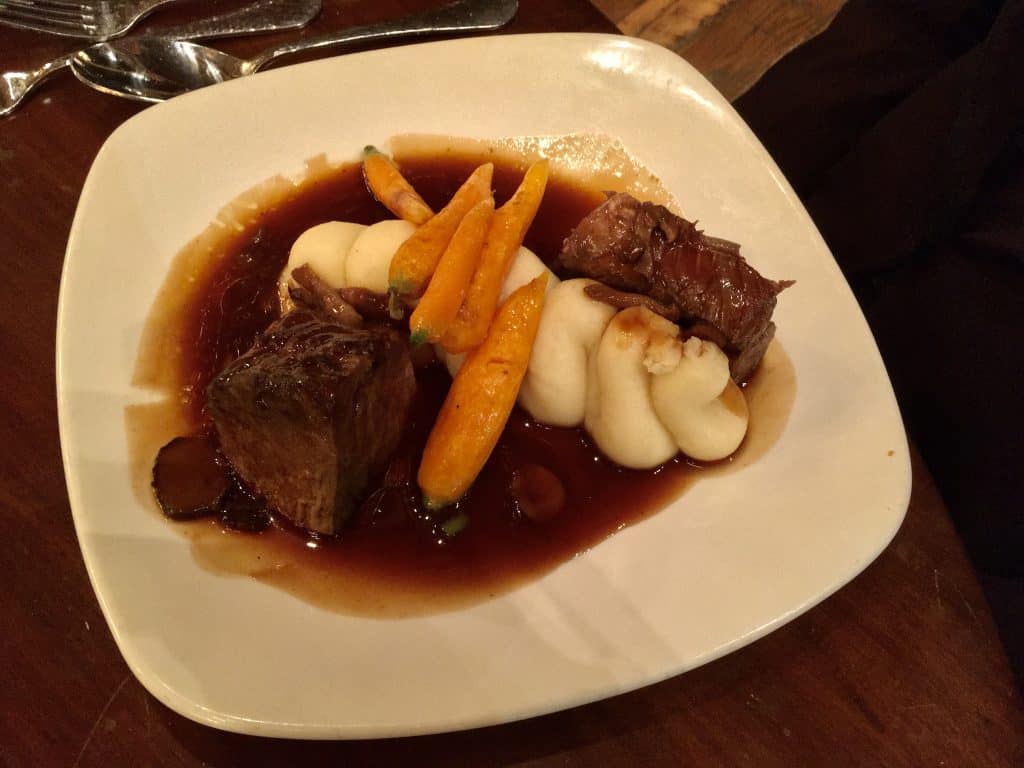 Of course, there’s pizza and pasta, but also appetizers like goat cheese tart, and house made perogies and fine entrees like breaded walleye and Tuscan style beef short ribs. 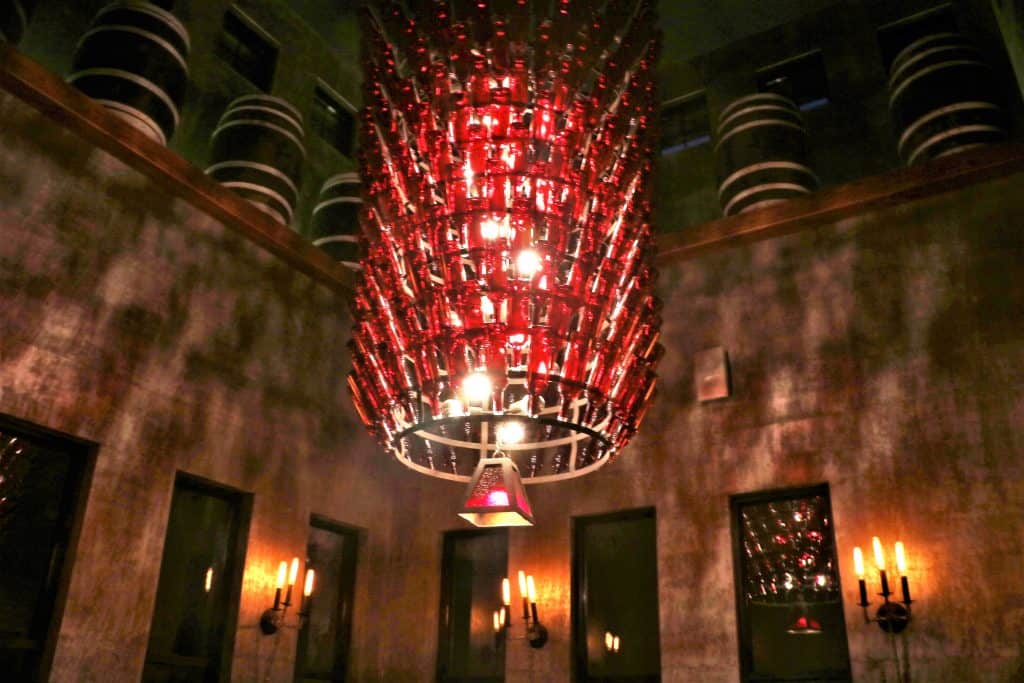 After dinner we headed for the Venetian-inspired eatery and wine bar called Crush House (look for the mammoth wine barrel outside). Once inside ,we listened to a singer who accompanied himself on acoustic guitar while we sidled up to the bar and tried a few of Gervasi ‘s 30-plus wines. 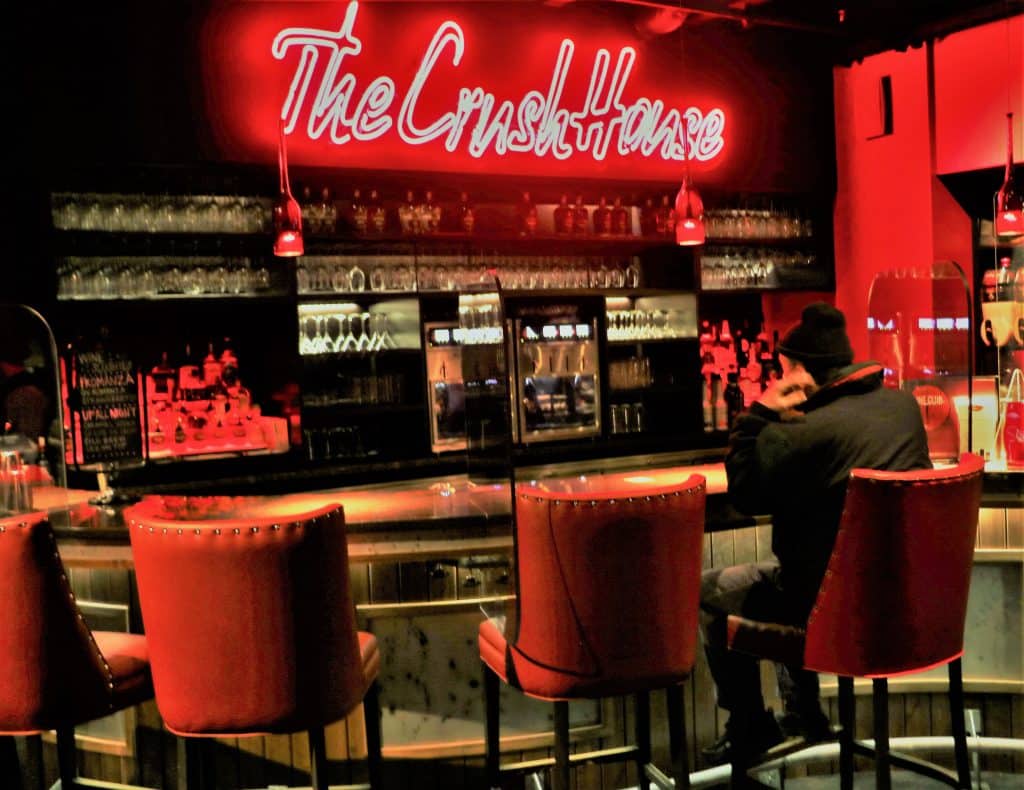 The bar in the Crush House.

The vineyards outside are planted with rather obscure, but cold tolerant varietals like Aromella, Frontenac Gris and Marquette.

For more familiar varietals, Gervasi’s winemaker also sources his grapes from California and Washington, while ten wines are imported from Italy and privately-labeled for Gervasi. More into beer than wine? Hops-loving guests can take comfort in one or more of the signature craft beers produced by the Akron-Based Thirsty Dog Brewing Company.
THE MARKETPLACE 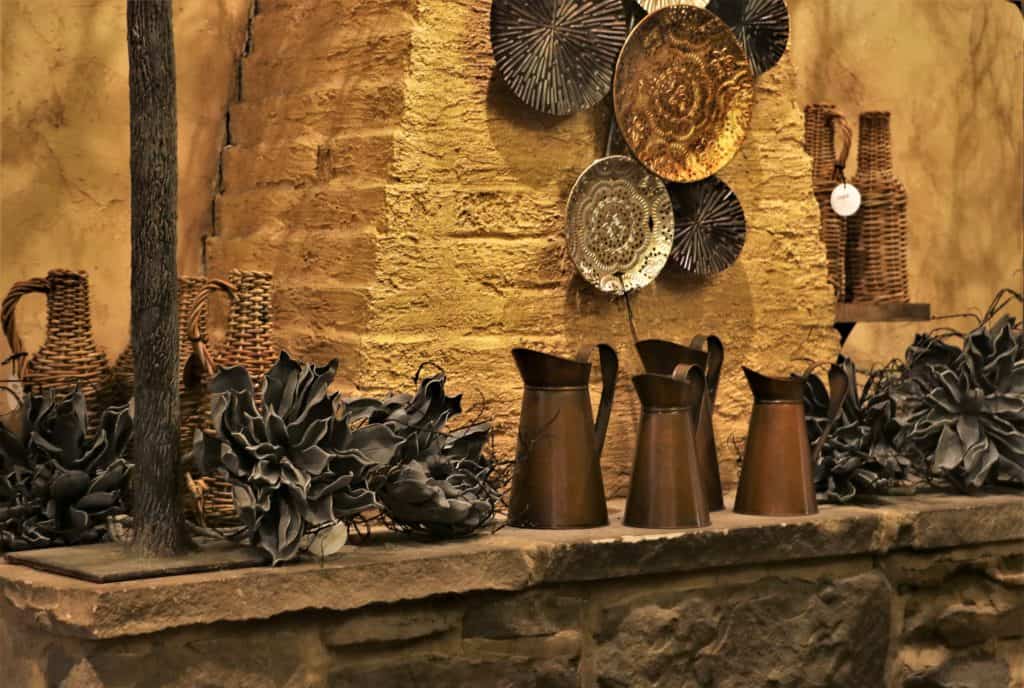 Decorative items for sale in the marketplace.

The following morning we headed over to the Marketplace, a boutique emporium with multiple rooms where you’ll find upscale items to decorate your home with all sort of accessories and fill your pantry with gourmet foods and your liquor cabinet and wine rack with Gervasi labeled libations. 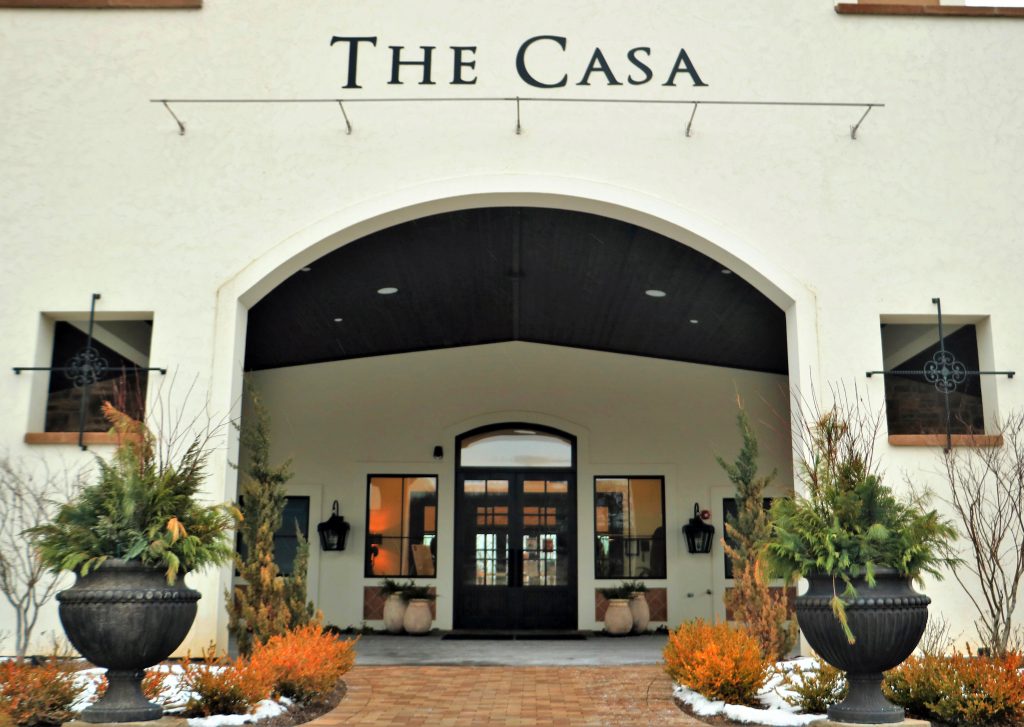 The Casa at Gervasi Vineyards
A short drive over to the Casa, the resort’s new luxury boutique hotel, gave us a look at the large Tuscan designed lobby, bright and airy with windows that look out on a  lake. The Casa boasts 24 luxury suites with gas fireplaces, heated floors and a large covered patio.
Pre-covid things to do included concerts, winery, distillery and private walking tours, cooking classes, yoga and live entertainment. For those in the mood for some outdoor exercise, there’s a hiking trail on property.
A decade ago, Ted Swaldo retired from his position as CEO of a company that manufactures water pumps for the auto industry and purchased the property that has now grown to become Gervasi Vineyard, named after Swaldo’s mother’s maiden surname.
In ten short years, the campus has grown to 14 buildings, including 4 restaurants, 6 villas, the Casa and Marketplace.
“It’s never been our ambition to get bigger and bigger,” says Scott Swaldo, Ted’s son and Gervasi’s general manager. “We want to deliver a world-class experience.”
Despite its growth, Gervasi’s has continued to do just that, recently earning the title “best wine country hotel in the nation” by USA Today.
For more information, videos or reservations:
Phone 330-497-1000 or log on to www.gervasivineyard.com.