There are hidden treasures in and around Beaufort, South Carolina and finding a gem or two perhaps not in the well-trod areas, like the beaches, shopping and museums is a treat. Visiting Beaufort recently, I found one such gem while at the historic Penn Center.

In 1862 in a then remote area of Frogmore, South Carolina a school was about to be opened for children of recently freed slaves along the Gullah-Geechee Corridor. This would be the start of the legendary Penn School now known as the Penn Center on St. Helena Island, one of the Sea Islands off of coastal Beaufort, South Carolina. 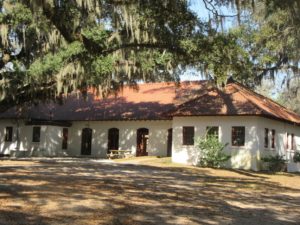 The historic Penn Center grounds include many original buildings like this. 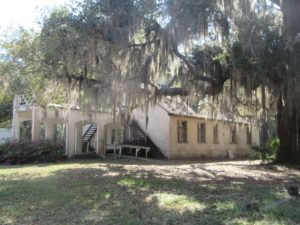 An industrial arts classroom at the Penn Center. 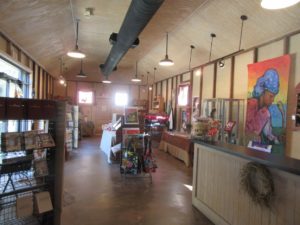 The museum shop and welcome center offer information and items for sale.

The Civil War was in its’ infancy and the Union Navy had made a point of capturing the Port Royal and Beaufort ports in late 1861 to cut off the supply routes for the Confederacy and also blockade them as well. Many of the slave-owning plantation owners had left their homes for safer venues and their newly freed slaves were given their land by the Union forces to cultivate as their own.
Education of slaves being outlawed in the  South prior to the Civil War led a Pennsylvania Quaker woman by the name of Laura Matilda Towne and her friend Ellen Murray as well other missionaries to come to St. Helena Island in 1862 to establish a school for the children of former slaves. They would call it the Penn Normal and Industrial School after her native state. The Penn School, as it became more commonly known, would be a source of education for area children as well as the cultural enrichment of this largely African American community until 1948. It would then become the Penn Center in 1950 and is still active serving as an educational center, for preschoolers and adults, has a museum, cultural programs, and conference meetings. The timeline of the 86 year the school follows in close detail the trials and tribulations and the struggle for African Americans to gain their full civil rights. It is a very interesting story.

The timeline of the 86 year the school follows in close detail the trials and tribulations and the struggle for African Americans to gain their full civil rights. It is a very interesting story.

Ironically considering the education of slaves was forbidden, the first building used as a classroom is an 1855 church known as the Brick Church. Again ironically built by the plantation owners,  it would be a virtual one room schoolhouse, meeting center and also hold the administrative offices. Eighty students were enrolled in the first class. In 1864 the school would buy land from a freedman, Hastings Gant, and expand the campus with more classrooms buildings and cottages for teachers and administration. As well as the three “R’s” being taught students were engaged in learning many crafts both domestic and industrial and yes boys learned to knit and girls learned to build!

When the Civil War ended and slavery was officially abolished by the Thirteenth Amendment a period of growth was experienced at the school mainly funded by Quakers from the Philadelphia area. Protected by the efforts of the federal government during Reconstruction after the war the majority of the voters in the area where formerly enslaved people and then congressmen, judges, and other elected positions were filled by people of color. Even better the Penn School would receive monies from taxes to buy books and for school operations. Sadly this period of well-being would decline sharply with the end of Reconstruction in 1877 and many of the hard-gotten rights of the community would be taken away.

As Jim Crow came into being and many civil rights were lost by intimidation and worse, the Penn School suffered. St. Helena citizens were forbidden to raise money or levy taxes for the school and again the school relied on private donations. This period of strife lasted until the early twentieth century when school officials decided to model their education programs after the Hampton Institute known as the Tuskegee Model in Virginia. The Hampton Institute was another traditionally black school where, although considered controversial among Civil Rights leaders,  the model was adopted at Penn. The Tuskegee Model emphasized many industrial arts along with traditional education. These programs allowed the school to raise 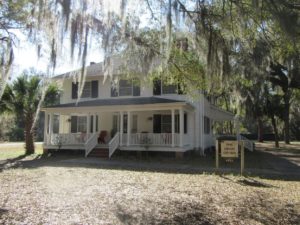 Many of the Penn Center buildings are and were used for multi purposes.

money in other creative ways as well as using government programs to their benefit. Additionally, the opening of a bridge to connect Beaufort and the rest of the Low Country area to St. Helena Island brought with it more people and jobs and financial considerations as the islands developed.

Additionally, the opening of a bridge to connect Beaufort and the rest of the Low Country area to St. Helena Island brought with it more people, jobs, and financial considerations as the islands developed.

Unfortunately, the Great Depression hit the nation in the early 1930’s and would devastate the regional and national economy. Families unable to afford to send their children to school caused the enrollment at the school to drop dramatically from over 600 to just over 200 students. Unable to continue financially as a school the Penn Center would cease to operate in 1948. But this was not the end of the story, in fact, far from it.

As the march for civil rights heated up the 1960’s the Penn Center would hold interracial conferences and would serve as a retreat for many of the great leaders in the Civil Rights Era movement including Dr. Martin Luther King. The 1970’s would also bring training for Peace Corps initiatives overseas especially as agricultural workers as both the Penn School and the later Penn Center had a long history in agricultural education. The Penn School became a leader in the 1980’s of Land Use and Environmental Education Programs to promote sustainability and economic. Development. Members of the Gullah Community also visited Sierra Leone for a reunion of ancestors.

The 1990’s would bring the development of preservation programs for both cultural and the built environment along much of the Sea Islands area. The school is a must stop along the Gullah Geechee Cultural Heritage Corridor enacted by Congress in 2006. The entire campus is a National Historic Landmark District. 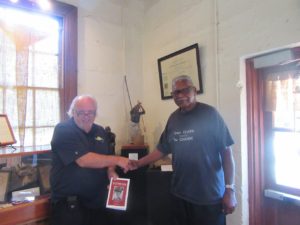 Robert “Bobby” Middleton gives writer Will Davis a signed copy of his book!

The real story of the Penn school and the Penn Center though is the people that have passed through the classrooms, had their lives enriched and who later in their lives told their stories of the importance of the experience in their lives. One such person is Robert Middleton. I met 83 years young Robert when I visited the Penn Center where he is a guide, storyteller, and “man about campus” while volunteering almost every day at the York W. Bailey Museum. “Bobby” even narrated and had written a book relating his story about growing up on St. Helena’s Island and attending the Penn School and his years in the United States Air Force. He is a treat not to be missed when you visit. You can purchase his book as I did and get it signed by this unique gentleman.

Many of the buildings that were part of the school and center are still standing and most in operation in one form or another. Many architectural styles are represented and the 1855 Brick Church is the highlight of touring the campus. To be sure, your visit will give you a clear understanding of the relevance and importance to this day of the Penn Center. It is alive with stories and history.

Visit the website information at www.penncenter.com.
Beaufort’s many charms can also be found at www.beaufort.com.

We enjoyed a luxurious stay at: