Hotel LeVeque_ A Landmark Beacon for Travelers for Nearly a Century 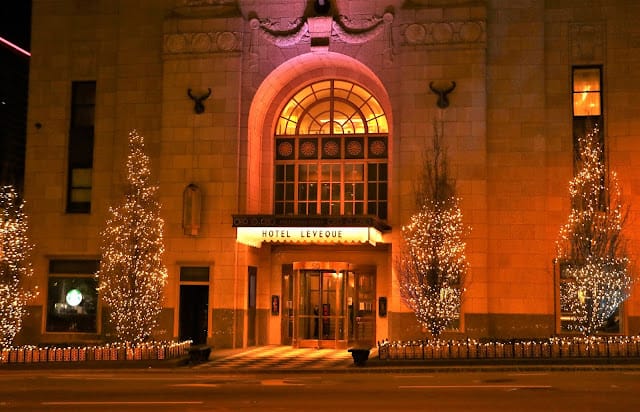 The American Insurance Company certainly had lofty intentions in 1924 when it broke ground on a plot of land in downtown Columbus, Ohio. The chosen site was to serve as the location of the tallest building between New York and Chicago.

At 47-stories and 555-feet, 6-inches tall, it was also the 5th tallest structure in the world, one-half foot taller than the Washington Monument, when completed in 1927. Not only did the Columbus skyscraper dominate the downtown landscape, it also served as a landmark for airplane pilots passing nearby. People who saw it for the first time are said to have remarked that it seemed to touch the sky. 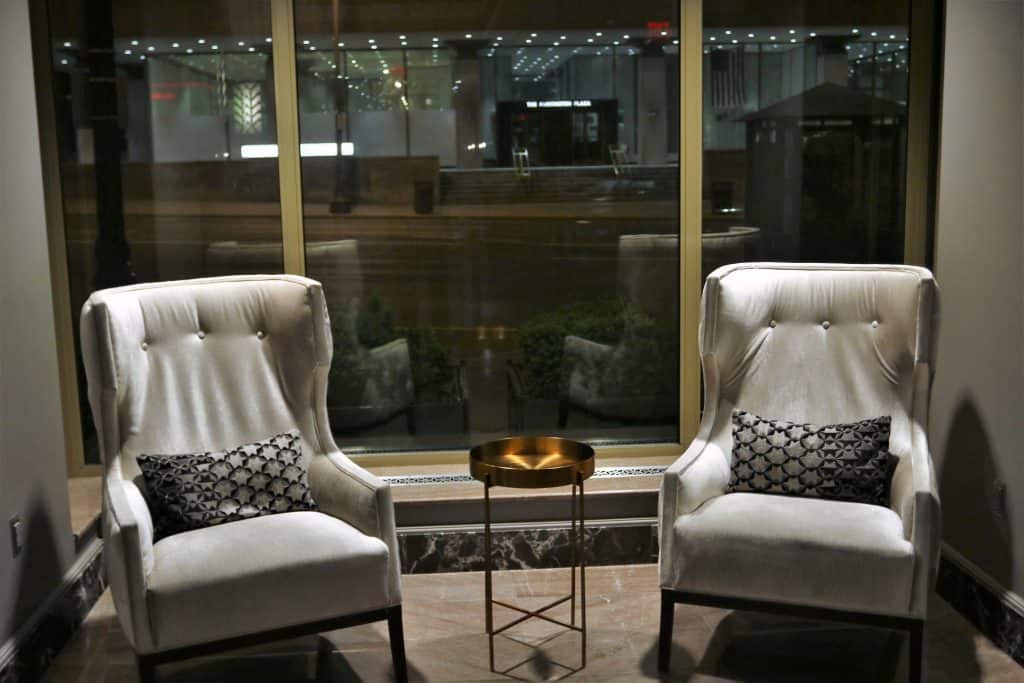 A cozy spot in the lobby. Photo by Bill Rockwell

Eighteen years after it opened, John and Leslie LeVeque bought the building for a fraction of its original cost which added their surname to the structure. After changing ownership several times, Tower 10 LLC bought the building with plans to remodel it. Following a $27 million renovation, the building opened on March 24, 2017 with 149 guest rooms and six suites, many overlooking the Scioto River, along with additional square footage for office and residential space.

With its lofty history, it’s understandable that the hotel would install playful accents on a celestial theme. Light fixtures and a lobby chandelier come with cosmic design elements, the wall behind the front desk holds a backdrop of stars and constellations and each room is furnished with a small telescope. At one spot in the lobby floor, a gold-plated medallion shows the astrological configuration of the stars when the building opened.

In the evening, guests can lie in bed a scan the starry sky cleverly projected on the ceiling from a tableside device. “It‘s like going to sleep under the stars,” said one guest I met while having breakfast coffee.

The  Hotel LeVeque, an Autograph Collection Hotel, meaning no two are alike, retains its original architectural features but adds complimentary contemporary designs. Enter the lobby through its gold revolving doors and be greeted by a spacious, eye-catching reception area done in white, gray and plum with gold splashes.

The guest rooms have a silver, gray and white color theme with gold flourishes and come with fine linens and marble bathrooms. Local touches include artwork by regional artists, locally made toiletries and scented candles.

On the mezzanine, the art deco mood extends to the intimate bar with a speakeasy flair and The Keep, the in-house restaurant, known for its stylish rustic-refined furnishings and working gas lamps along the walls. The word keep, by the away, dates back to Medieval times when stores of food and libations were stored in .a safe place in castles and monasteries.

Chef Courtney Nielsen sources local and regional ingredients to create her magic in the restaurant’s open kitchen. This gives diners the opportunity to watch in a casual, relaxed setting the kitchen staff add their own modern twists to French inspired dishes and simpler fare.

Enjoyed by singles, families, groups and business partners, the Hotel LeVeque has an understated elegance, a subtle opulence, one that sparks a unique boutique hotel experience.