It’s About Time and Clocks! 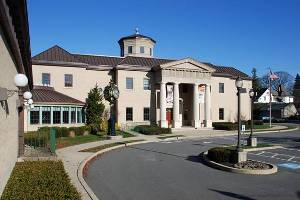 America’s first soldier, George Washington, carried one. Gentlemen stored them in the watch pocket of the vest of their three-piece suits. Ubiquitous until the First World War, locomotive engineers and conductors counted on their timepieces to keep the trains running on time. 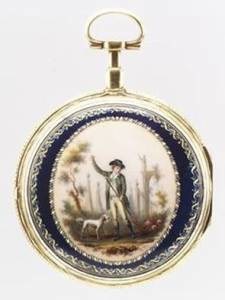 A vintage time piece at the Watch & Clock Museum

Travel to the little Susquehanna river town of Columbia, Pa. and you will discover one of the finest collections of pocket watches at the National Watch & Clock Museum. With an entrance evocative of the Acropolis, the museum houses more than 12,500 clocks, watches, timepieces and timekeepers, a third of them on display.

The timepieces range from sundials and a replica of a 5,000-year-old Egyptian pot that measured water dripping at a steady pace to atomic clocks capable of dividing “time” into microscopic parts to Mickey Mouse watches, all housed in its 18,000 square feet space. Visitors learn why time is important and how time shapes our world.

“Humans have never been able to control the weather, the seasons, or the passage of time itself,” says Noel Poirier, museum director since 2007. “Measuring time is the closest we’ll get to it. It may be the defining act of civilization. It makes planning and strategy possible. When watches and clocks became affordable for everyday people, it gave them back the control of their daily lives.”

The largest such institution in the country, the museum’s main focus is on 19th century American timepieces, but it also displays earlier English tall-case clocks, similar to grandfather clocks, and timepieces from Asia and Europe. 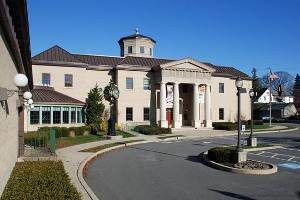 Opened in 1977, the museum is an extension of the National Association of Watch & Clock Collectors (NAWCC), which maintains a vast library and research center and a School of Horology that teaches watch and clock repair on its campus-like grounds. In 1999, the museum underwent a $7 million expansion that transformed it from a quiet gallery with a thousand timepieces to an interactive, Smithsonian-quality museum. It is recognized as having the most comprehensive international horological collection in North America. The museum attracts about 15,000 visitors a year.

In one gallery there is a rare 17th-century clock from Florence, Italy. It’s unique since the Papal States divided the day into four periods of six hours, so many of their clocks had six hour or twelve hour dials repeating the numbers one to six. Across the hall there is an expansive display of tall-case or long-case clocks; these later came to be called grandfather clocks for a single startling reason: a wildly popular 1875 song by Henry Clay Work, “Grandfather’s Clock. “

So how does a clock work? A clock keeps time by holding back the pull of a weight, controlling its unwinding spring, and regulating the forces that would otherwise propel it forward. It is a reflection of controlled energy and harnessed power.

The museum features one or two changing exhibits each year, ranging from replicas of Far Eastern clocks that mark time with flowing water and burning incense, to American and European clocks and wristwatches powered by weights, springs and batteries, to marine chronometers and a century of wristwatches.

The exhibition “The Magic of Mystery Clocks” pays homage to the strange and wonderful style of clocks specially designed to show no discernible connection between the clock dial and its supporting mechanism– an illusion to delight the eye.

Another popular exhibit has been “Watches, James Bond Watches,” a walk through time- and timepieces– used in Bond movies, from the Rolex Submariner worn by Sean Connery in “Dr. No” in 1962 to the Omega Seamaster Planet Ocean that adorned David Craig’s wrist in 2008’s “Quantum of Solace.” The highlight of the exhibit is the Rolex 1016 Explorer once worn by James Bond creator Ian Fleming, and first worn by Bond in the 1963 novel “On Her Majesty’s Secret Service.” The watch appears through an agreement with Fleming’s family.

“Over the years, James Bond watch choices have played an important role in defining that character,'” says Poirer. “We have mission-specific watches here, and others that seamlessly accompany Agent 007 from casino to combat without compromise.”

Tiny Columbia was chosen as the site because that was where the keeper of the NAWCC’s records lived. But by reading the labels of the tall-case clocks you understand another reason. Manufacturers like Hamilton once had their homes in Lancaster, a region settled by German immigrants who brought traditions of furniture making and clock design.

Over time, accuracy and artisanship converged to the point where some timepieces merit the title “masterpiece.” During America’s Golden Age of clock making in the 18th century, David Rittenhouse, Joseph Ellicott, Peter Stretch, Simon Willard and Eli Terry combined mechanical advances with magnificent wooden cases creating some of the finest long-case clocks ever produced. Fifteen of these works are on display. 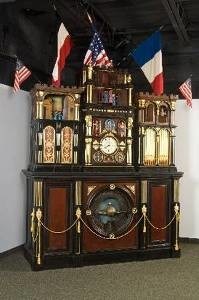 The museum’s most intriguing timepiece is the “Monumental Clock” that Stephen Engle completed in 1878. A tinkerer and self-taught dentist from Hazleton, Pa., Engle billed it as “the Eighth Wonder of the World” because of the entertainment value in the clock’s moving parts. Measuring an impressive 11-feet high, 8-feet wide and 3-feet deep, it not only tells time, but the day of the week, the tides, seasons and moon phases.

The clock features 48 moving figures carved from wood, including Satan, Jesus and the twelve Apostles, mythological musicians Orpheus and Linus, and Molly Pitcher, beloved heroine of the Revolutionary War. Two distinctly separate organ movements play songs. The Engle Clock drew massive crowds when it was carted from town to town throughout the eastern seaboard. Folks paid ten cents to see it. Today, demonstrations of the clock’s eight separate movements and its delightful chimes are given every hour.

Appealing to youngsters is especially important here, as kindling interest in horology keeps this deeply rooted yet dwindling art form vibrant in generations to come

As for that Washington’s pocket watch, it was part of a traveling exhibition in 2012 that featured watches of military people.

“What makes the watch so interesting is that we know the story behind it,” Poirier recounts. “Washington owned the watch from 1775 to 1777 before giving it to another officer. He likely stood on the banks of the Delaware River, pulled it out and said, let’s go get them,’ referring to the Battle of Trenton.”

A majority of the timepieces at the museum still work. If you’re looking for the full-on experience arrive at the museum a bit before mid-day when scores of clocks chime simultaneously at noon for roughly four minute. The cacophony is stunning.