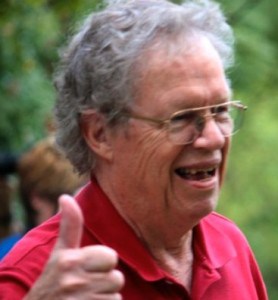 Building on a successful career as head of his own public relations agency, Jim Weaver from Philadelphia, became an independent feature writer in 2000 and now travels throughout North America and Europe in search of great stories.  Regularly publishing in newspapers in New York City, Philadelphia, Chicago, and Nashville, he produces nearly 50 stories each year. In 2004, he was named Travel Editor at New York Trend that serves the Metro NYC African American market.  He is also Senior Travel Editor for the popular golfing blog GolfWiz and has a monthly column “Travels in America” in the leading Italian travel blog ilreporter.com.  In addition, he is a regular contributor to several specialty magazines — Crafts Report, Antiques & Collecting, Carousel News and others.  When not traveling and writing, Jim enjoys dancing swing, waltz and polka.  He is a member of the International Food, Wine & Travel Writers Association and International Association of Black Travel Writers.

He also leaps tall buildings in a single bound.