When Anthony Kenny set aside a portion of his farm a few miles east of Pittsburgh for city folks to picnic, I’ll bet he didn’t have an inkling of how much the leisure time plot would grow. Since the Civil War, area urbanites escaped to the bucolic countryside to spend the day relaxing on his property along the Monongahela River. 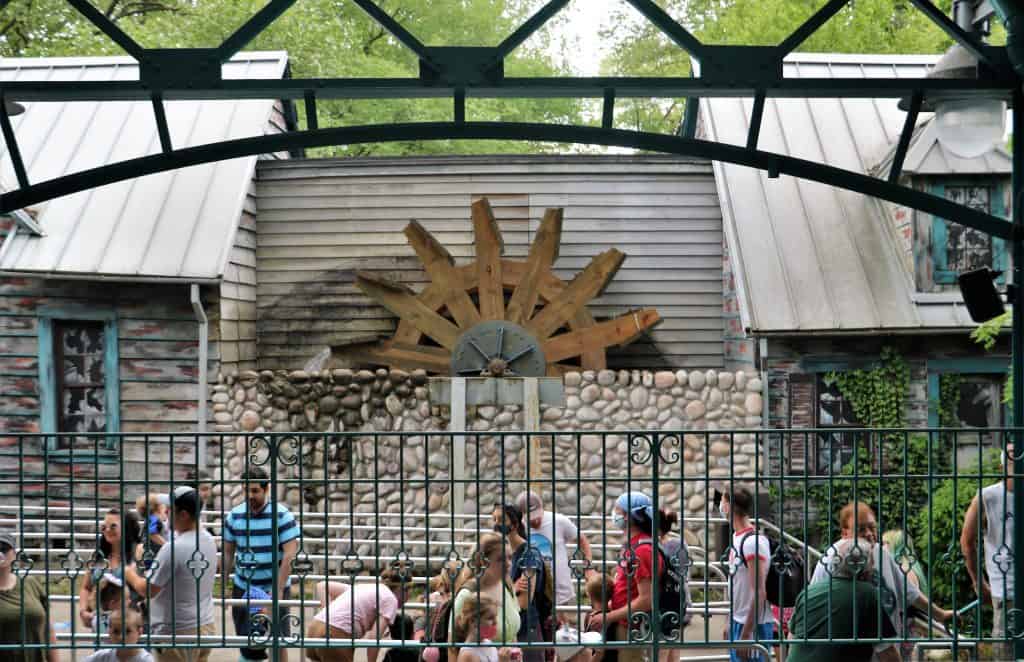 Since 1901 The Old Mill has been a feature at Kennywood

Today, Kenny wouldn’t recognize the place that draws thousands of fun-seekers each summer to revel in the thrill rides and old-time trolley park atmosphere. Part of the allure is the older relics from just after the park opened in 1898. The oldest, the Old Mill, dates back to 1901, which makes it the world’s oldest continuously operating dark ride in the world. Interestingly, the water wheel so prominent on the outside of the building powers all the water that carries the boats through the mill.

Some of the regulars like to call the darkened water maze the Tunnel of Love but, while it’s changed names several times over the decades that followed (Fairyland Floats, Tour of the World, and Garfield’s Nightmare comes to mind), the Tunnel of Love has never officially been one of them.

Of the park’s seven roller coasters, 8 if you count the Lil’ Phantom in Kiddieland, three of them have been around since the 1920s and are still loved by coaster fans. They’ve also been declared Landmark Rides by the American Coaster Enthusiasts. One of them, the Jack Rabbit, celebrated its 100th-anniversary last year. A reliable source told me that 10 percent of the wood in the coaster is replaced every year, no mean feat considering the size of the coaster.

Two of the park’s older buildings, the carousel pavilion (now Johnny Rockets) and Parkside Café, originally called the Casino, date back to the 19th century and the park’s paddle boats ply the waters of the lagoon which harkens back to 1898. One of my own first memories of the park was a ride on the Merry-Go-Round, which has been around since 1927. Its big and brassy band organ sets the rhythm and the round-you-go gait of the rides’ 50 jumping horses, 12 stationary horses, and a lion and tiger figurine for a total of 64 animals. 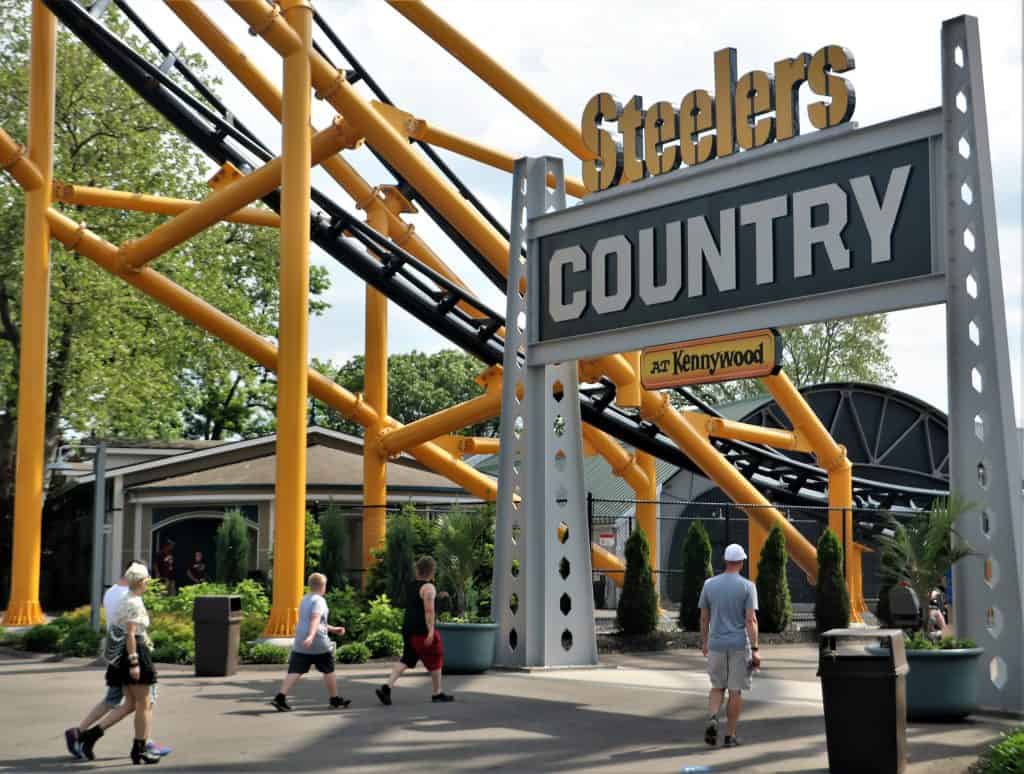 While all these nostalgic elements combined to earn the park a National Historic Landmark designation, Kennywood has kept up with the times by adding many innovative embellishments through the decades. The park’s newest feature, Steelers Country, is the nation’s first theme park area dedicated to a professional sports franchise.

The eye-catching Steel Curtain is the centerpiece of the area and set three new records when it opened in July 2019. The challenging coaster boasts the tallest inversion in the world (197-feet), the tallest coaster in the state (220-feet), and has the most inversions (9) in North America. 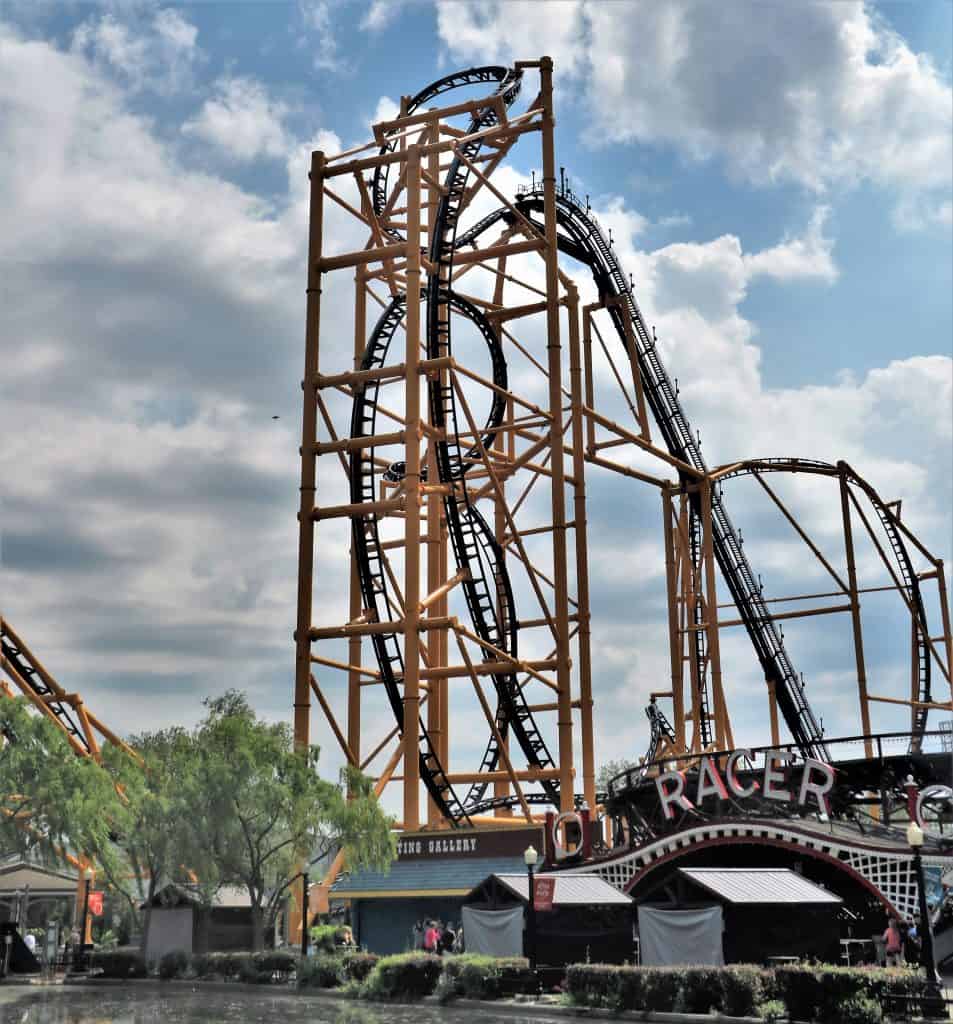 A challenging Coaster the Steel Curtain.

After getting in one of the football-shaped seats, I braved the steep ride to the top while listening to a recorded narrative by Bill Hargrove and Tunch Ilkin, play-by-play radio voices for the Steelers. The train started off slowly, then surprisingly picked up speed halfway to the top. The lift of the track deviates from the usual 30% angle of most other coasters by giving riders a 50% angle that even feels a lot steeper. At the outset, I felt like an astronaut ready for takeoff.

From the first drop, the coaster reaches top speeds of 75 m.p.h., but, despite all the inversions, the ride is smooth as silk. At the end of the 2-minute long experience, I was both exhilarated and swollen with pride that I’d decided to conquer my qualms and take the plunge so to speak.

Continuing the Steeler motif, the area offers football-themed midway games, an End Zone Café with a Tailgate Patio where fans can watch Steeler replays on a Jumbotron and try their skill at a number of interactive physical challenges indoors in the new Steelers Experience building.

Small fry can amuse themselves at two special interest areas. One of them, Kiddieland has a total of 12 rides including 2 vintage rides that date back to the 1920s. Kenny’s Karousel is named for the park’s mascot, Kenny Kangaroo; Wacky Wheel is a miniature Ferris wheel with 6 whimsical cars.

In Thomas TownTM the youngsters can board five different rides themed to characters from the popular children’s series “Thomas the Tank Engine.” USA Today rated Thomas TownTM one of the “Best New Attractions of 2018”.

More ride thrills can be found in Lost Kennywood, a section added in 1995 that highlights the park’s long history. The centerpiece ride, the Pittsburg Plunge, is a boat coaster-type of ride down a long water sluice that sets up a tsunami-like splash at the end. The name of the ride is spelled without the final “h” because from 1890 to 1911, the town omitted the final “h” from its name, and the ride underscores that early spelling. 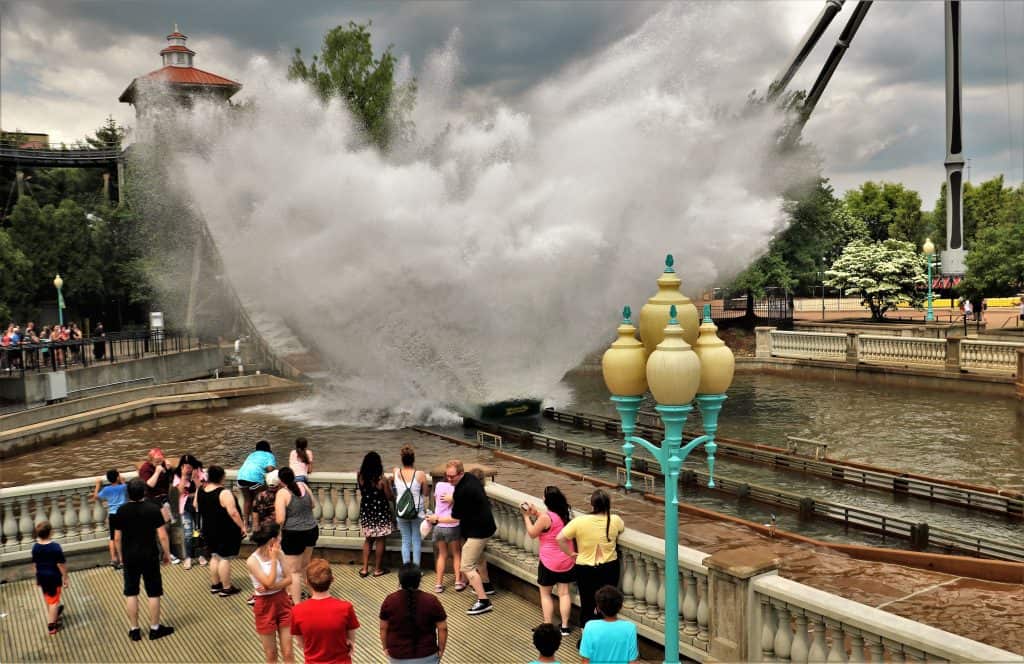 The “Pittsburg” Plunge.
thrills the crowd with a Big Splash.

Two of Lost Kennywood’s most challenging rides are the Exterminator, a high-speed, aggressive roller coaster ride done inside a dark building, and the Black Widow, a giant wheel that holds 40 riders attached to a 90-foot  arm that reaches a total height of 146-feet.

When you get hungry, there are many food options and vending locations. One of my favorites is the Parkside Café, an antique building that dates back to 1898 and sports a comfortable and spacious dining hall with optional patio seating. You also can’t go wrong trying some of the park’s signature dishes at the Potato Patch. The fresh-cut fries come with toppings like cheddar cheese, bacon, gravy, and/or vinegar. 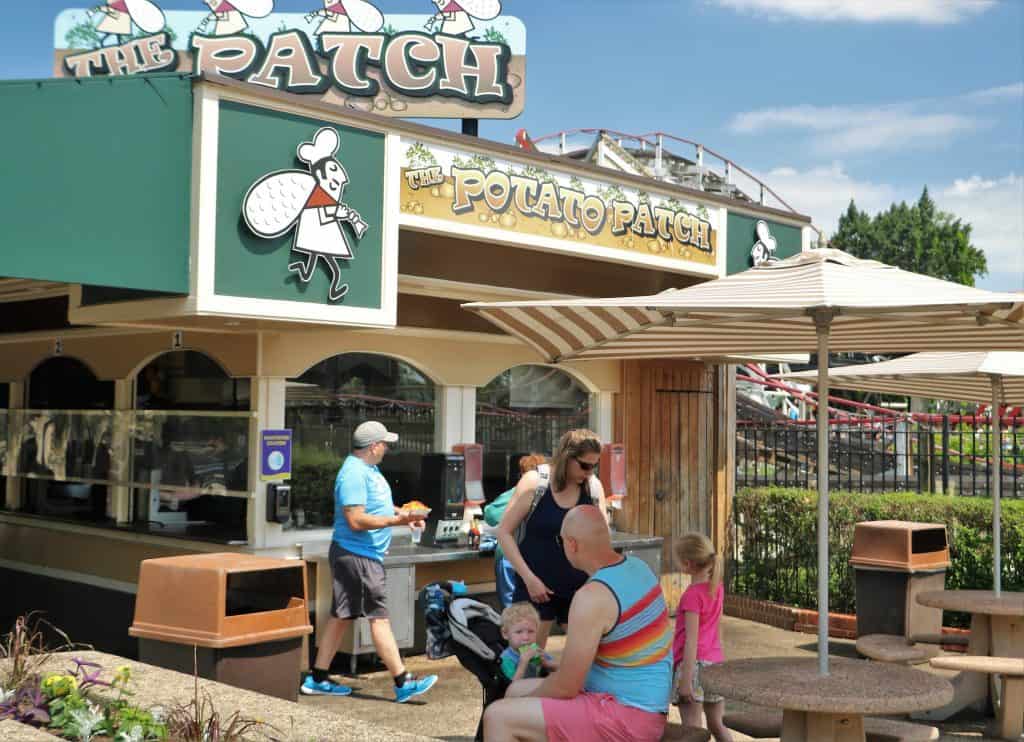 The Potato Patch at Kennywood.

For more information on Kennywood go to kennywood.com where you can see what rides may be closed, check the daily schedule, ticket prices, restaurant options, and search for discounts, specials, and events. For more information, phone 412-461-0500.

For a Place to Dine Outside the Park

Rock Bottom Restaurant and Brewery likes to say they’re tank to table, meaning all the beers are made on-site. This enhances the freshness of the beer because, unlike mass-produced beers, Rock Bottom’s products are never exposed to light, heat, or oxygen.

From the beer flight menu, I sampled 4 Pittsburgh-themed brews – Jagoff IPA, Incline Red, Black and Gold Porter, and Yinzer Spinster. Besides the Shareables, the dinner menu lists salads, flatbreads, steaks, mains, handhelds, and two desserts with beer as one of the ingredients. For more information, phone 412-685-6010 or visit https://rockbottom.com/locations/pittsburgh/