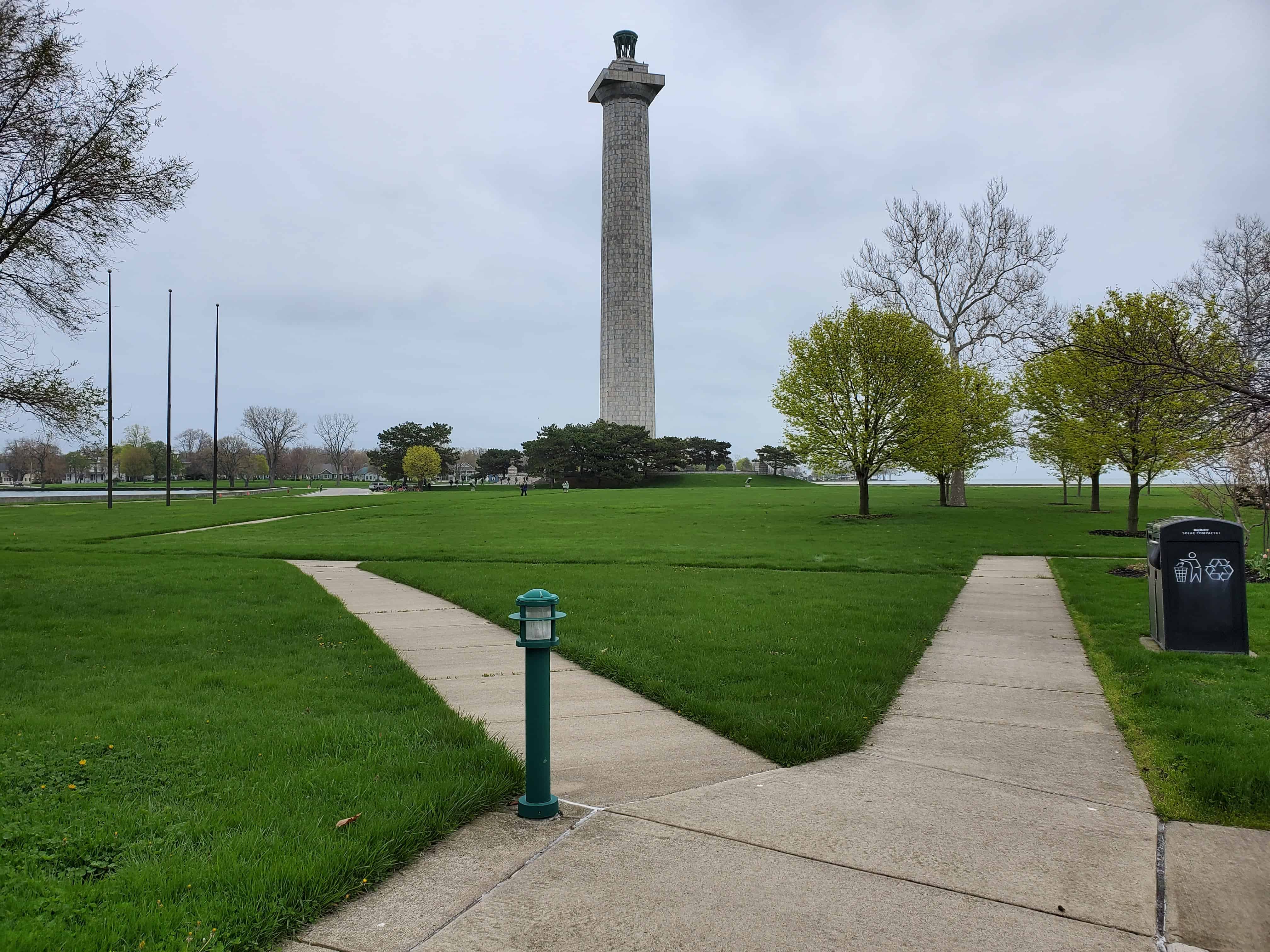 Peter Huston, the official promoter of the town of Put-in-Bay on Lake Erie’s South Bass Island, asked me, “What surprised you the most about the area?” 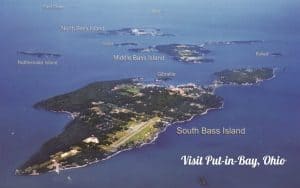 Yes, it’s one of the five Great Lakes.That much I knew, but islands? The lake is dotted with them including South Bass, known for sport fishing, historical sights, cave exploration, seafood restaurants (lobster bisque is a favorite), wineries and wine-tasting, and cave exploring.

The annual pop music concert known as Bash on the Bay scheduled this year on August 29 attracts thousands. Outdoor recreation? There’s plenty including hiking, cycling, boating, kayaking and golf and and no shortage of resorts, hotels and B&Bs.

To my surprise as well, the lake is no longer considered polluted, and anglers reel in small mouth bass, walleye and perch. The latter is so famous that one restaurant on South Bass Island advertises: “The search for perch ends here.”

Tom Ross, a former boat captain, tells me that the presence of Zebra mussels, an invasive species first found in 1988, helps to filter the lake’s water. Unfortunately the thumb-sized mollusks also “tangle up boat motors”.

Among the lake’s major islands, South Bass is the largest on the U.S. side and most developed. About 400 to 500 people live on South Bass all year round, said Jill Bauer, a spokeswoman for Lake Erie Shores and Islands, the  visitors’ bureau.

South Bass is so developed with homes, shops, lodging and attractions that it’s hard to believe that a lake separates the island from the mainland. The islands’ tourism draw visitors from Cleveland, Toledo and Columbus, but the area is within a day’s drive of many major population centers.

In winter, when the lake freezes over for about three months, many businesses close for the season, but the ice fishermen turn out, said Bauer.

To reach South Bass’s main town, the oddly named Put-In-Bay, Miller Ferries, among other services, transports passengers and vehicles back and forth from Port Clinton on the mainland in about 20 minutes. The town’s name originated from early settlers who “put in bay” for their vessels. And locals pronounce it like the Russian president’s last name, “Putin”. 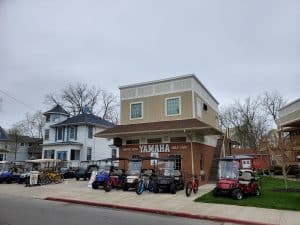 Rent your golf cart here for exploring the island.

Although South Bass permits vehicles, visitors often prefer to park on the mainland, take a ferry, and rent golf carts or bikes to tool around the island. “During busier weekends,” said Bauer, “auto travel to and from the island is discouraged unless proof of overnight accommodations can be shown;” parking is at a premium.

Other destinations on the tourism map include Kelleys Island with one hotel and a tiny B&B; it’s less developed but larger than Bass. Middle Bass appeals to visitors for its get-away-from-it-all environment with a state park, tent camping near the beach and a marina for recreational boats.There is ferry service. 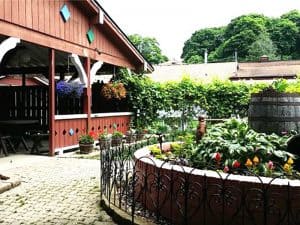 Unquestionably, this isn’t Sonoma, California wine country. Of the two remaining wineries on the island, only Heineman’s is made on premises and its grapes are grown in North Bass and South Bass. It’s a fifth generation family-run business. Put-in-Bay Winery/Doller Estate produces its product in Sandusky, Ohio and sells on-site or on-line only.

Put in Bay Brewing Company has a creative touch with their locally brewed beers.  Milk Stout aged with Kentucky Bourbon gives this popular brew a terrific bold finish. But be careful, there’s a reason it’s known as the Pass Out Stout! 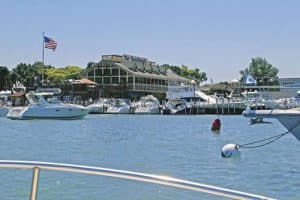 One of several popular on the water seafood restaurants the Boardwalk. 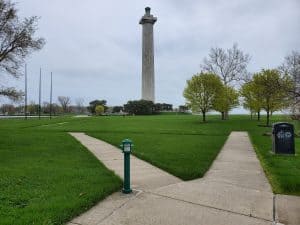 No one should leave South Bass without a tour of Perry’s Victory and International Peace Memorial named for Navy hero Oliver Hazard Perry. During the War of 1812, Commodore Perry’s ships soundly defeated a British fleet on Lake Erie in 1813. The visitor center, managed by the National Park Service, is a short walk to memorial’s  352-foot high Doric column (versus 630 feet for the Washington Monument in the nation’s capital). Inside are poignant tributes to the killed and wounded with the names of the sailors, officers and their ships engraved on the walls. In honor of the historic event, the rotunda includes inscriptions from President Wilson, June 30, 1913 and President Kennedy, Sept. 8, 1963. Under the floor of the rotunda are buried the remains of three U.S. and three British officers. During summer weekends, the staff dress in period uniforms. Ride the elevator to the top of the column for panoramic views of the island. Admission is charged

The island features at least two caves worth exploring: Perry’s Cave, discovered by Commodore Perry, is 50 feet underground, cool and damp with stalactites and stalagmites.

In addition to wine-tasting activity, Heineman’s Winery, invites travelers to explore its amazing Crystal Caves with walls and ceiling of Celestite crystals that look unreal.

Full disclosure: South Bass Island gets a little crazy in the summer peak period. ”July and August are like Key West,” said Bauer, so plan ahead.