Home » Blog » The natural wonders and majestic beauty of Iceland

The natural wonders and majestic beauty of Iceland 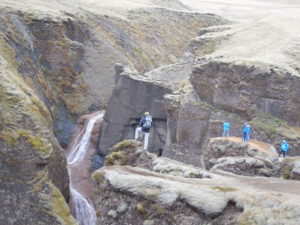 Hikers at the Fjaorargljufur Canyon

“Iceland!? – you’re going to Iceland? Why?” All too often this was a typical response from friends when we said that we were planning a trip to Iceland. Little did they know that this small European country, an isolated island in the North Atlantic situated just below the Arctic Circle, has quickly become a major travel destination. This is certainly due to its stunning natural beauty and incredible diversity of landscape.

Iceland’s location – at the juncture between the North American and Eurasian tectonic plates – is a major reason for its active volcanic and geothermic history producing the incredible forces that shape the unique scenery of Iceland. And these continental plates are drifting apart by a few centimeters every year. 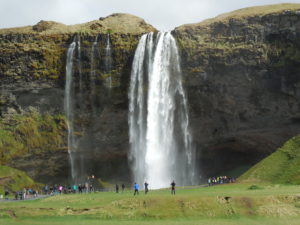 Seljalandsfoss – one of Iceland’s most popular waterfalls

Weather conditions in Iceland tend to change quickly, so layering clothing and having a good rain parka are essential. In just one day we hiked on one of Iceland’s many glaciers in a cold and windy rain, only to witness a glorious rainbow on a perfectly sunny afternoon at one of the numerous waterfalls that populate the country. We came to understand that Icelanders embrace their fickle, sometimes harsh, weather, just as they embrace the ruggedness of their landscape. And it is this extreme variety of landscape that has propelled Iceland to the top of many people’s “to go” list.

Tourism in Iceland was not all that popular until 2010. That was the year that European air travel was stopped by the eruption of the volcano Eyjafjallajokull, and everybody’s attention was drawn to this small Nordic nation. Since then tourism has increased dramatically. Many visitors are drawn to the capital city of Reykjavik, a small city (pop. 203,000 in the greater Reykjavik area) in comparison to other European capitals. The city reflects the charm of Europe, but with a hip, unpretentious energy and youthful vibe. The main shopping and dining streets are the pedestrian-friendly Laugarvegur and Skolavordustigur, which are lined with shops, boutiques, cafes and restaurants.

The Reykjavik City Card is a great money-saving program for exploring the world’s northernmost capital city. The card offers free admission to a number of the city’s museums, national galleries, the Animal Zoo and Family Park, all of the city’s thermal pools, and the ferry to Videy Island. The card also offers free unlimited travel by bus within the capital area. We constantly took advantage of the bus system, since we did not have a car rental when staying in the city – parking is at a premium. The City Card, which can be purchased for a one-day, two-day, or three-day period, also offers discounts on admissions to a number of city attractions. 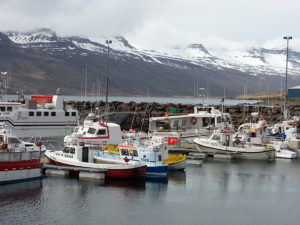 While in Reykjavik be sure to sample some fresh Icelandic seafood – after all, fishing is the country’s number 1 industry. Two restaurants in Reykjavik we highly recommend are Apotek and Tapas Barinn. Both offer a selection of seafood as well as European dishes. Apotek, “the pharmacy,” is so-named because the historic building long housed the city’s main pharmacy. Now a casual-smart restaurant and popular cocktail lounge, Apotek’s design reflects the “pharmacy” theme and serves exquisitely prepared small plates and entrees from a flaming hot Argentinian grill. Tapas Barinn, recommended to us as one of the more popular places with locals, focuses even more on a tapas menu. A number of pre-selected tasting courses, such as the Icelandic Gourmet Feast that we sampled, offer a variety of Icelandic specialties such as Arctic Char, smoked puffin, pan-fried blue ling and Minke Whale. A selection of main courses is also available.

Many chartered day trips are available from Reykjavik; however, we opted for a more immersive trip. We chose the Iceland Full Circle Tour, a self-drive tour with Nordic Visitor, one of Iceland’s and the Nordic region’s leading travel agencies. The beauty of a self-drive tour is that everything is arranged for a flawless travel experience. In addition to a choice of car size (GPS, WiFi hotspot, and a pre-paid cell phone included), arranging excursions, and preparing a personalized travel guide with outlined maps highlighting a wealth of attractions and sites, Nordic Visitor offers three levels of accommodations, all with breakfast included. 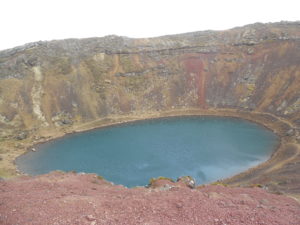 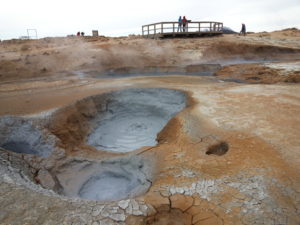 Iceland offers a wide variety of adventures – short to multi-day hikes, snowmobiling on a glacier, river rafting, ice climbing, kayaking, caving, and diving ultra-clear glacial waters. Other activities include salmon fishing, whale watching, puffin viewing and of course, horseback riding on the famous Icelandic horses. We opted for a glacier trek with Arcanum Glacier Tours, who have been in business for over 20 years. We donned helmets, crampons, and a safety harness. We then grabbed an ice pick and began exploring the amazing terrain of crevasses, sink holes, and ice ridges on the Solheimajokull glacier. We also climbed through the Lofthellir lava cave known for its unusual ice formations. After a short hike across a magnificent lavafield, our guide from Saga Travel, “Bucky,” helped each of us squeeze through narrow crevices and crawl up and down inclines to enter 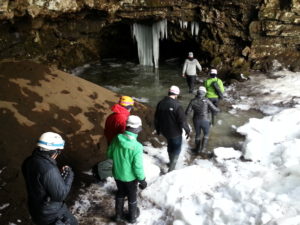 the main chamber of the cave. Lofthellir boasts the greatest natural ice sculptures currently known in an Icelandic lava cave.

A cherished pastime for Icelanders is relaxing in natural hot tubs (Iceland has more than 170 geothermal pools). The natural pools often function as the local version of the pub, where locals can catch up on all the town gossip. The most popular pool with visitors and probably Iceland’s most famous attraction is the Blue Lagoon, which is located between Reykjavik and the airport in Keflavik (prior reservations are required). The mineral-rich waters are soothing for a range of skin conditions and a soak will leave your skin silky smooth. We enjoyed soaking in the Myvatn Nature Baths, a pool of geothermal water drawn from depths of up to 2,500 meters located in a 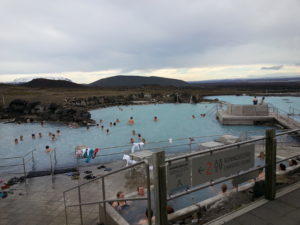 natural setting with great views. With nearly day-long sunlight in late spring and summer, we stayed in the Nature Baths until late in the evening. We ended our day with a midnight toast to the sun setting over Lake Myvatn.

Those who don’t want to drive to the many spectacular sites in Iceland can simply stay in Reykjavik and do day trips outside the city. A number of travel companies, including Nordic Visitor, can arrange a variety of such trips, the most popular of which is the Golden Circle. This trip includes a trio of incredible natural attractions – Thingvellir National Park (location for a number of scenes from HBO’s “Game of Thrones”), the famed geothermal area of Geysir, and the spectacular waterfall Gullfoss.

Iceland is just a five-hour, non-stop flight from New York – perfect even for a long weekend getaway. Or with Iceland Air’s free stop-over program, experiencing Iceland for up to seven days is an easy side trip on any European vacation.

A country of extreme contrasts 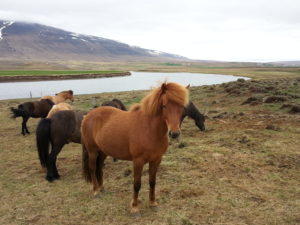 Reflecting the country’s extreme contrasts, Iceland is often referred to as “the land of fire and ice.” Europe’s largest glaciers lie adjacent to some of the world’s most active volcanoes. With nearly endless daylight in summer and long hours of darkness in winter, Iceland is a land of light and darkness. The country – its landscape and its weather – can be rugged and harsh. But its stunning scenery and radiant natural beauty are also awe-inspiring and idyllic.