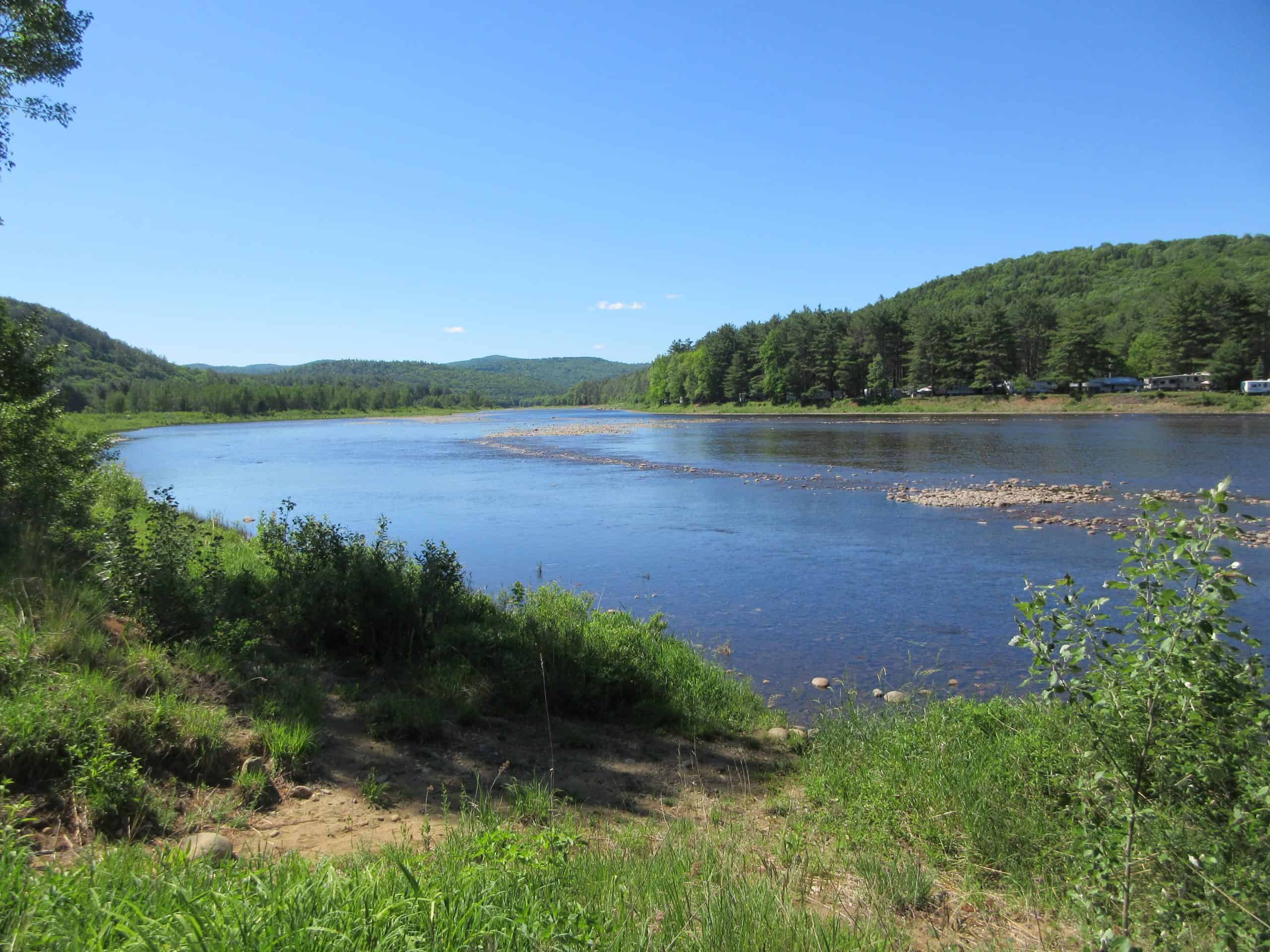 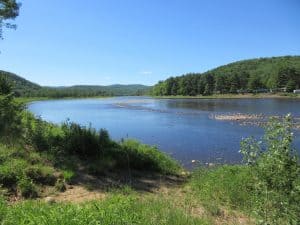 Amazing views of the Hudson River headwaters enhance the golfing experience at Cronin’s.

Experience and photos by Deirdre Frost

A trip to New York’s Adirondacks is spectacular, but one destination that is special in the world of golf is surprisingly, a family-run golf resort just outside Lake George in Warrensburg. Known as Cronin’s Golf Resort, this 18-hole golf course attracts players from far and wide to practice their shots on the lofty greens bordering the headwaters of the Hudson River.

Something happens to bring players to Cronin’s. Some say they come to enjoy the relaxing ambiance and camaraderie of others, while mixing fun with serious endeavors on the golf course. Others come to enjoy the simple pleasures of having good food, drink and companionship in beautifully kept surroundings.  When a golf buddy suggested that my partner and I play golf at Cronin’s, he knew that this resort would be the perfect vacation getaway. Apart from the reasonable green fees, the resort provides golfers with the options to play and stay in Adirondack style cottages just off the golf course. 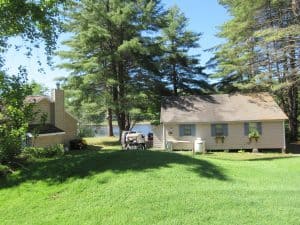 Many of the cottages have spectacular Hudson River views.

This play and stay arrangement made for a relaxing, enjoyable experience in a stunning, natural setting. We played two 9-hole rounds over the weekend, traversing the 6,161 yards from east to west, extending over gently rolling greens to the headwaters of the flowing Hudson River. The par-70 course presented some unexpected challenges, with a number of fairways surprisingly tight with sharp doglegs.

Cronin’s legacy in golfing goes back over ninety years ago to the time when Patrick Cronin, the grandfather to the current owners, was the keeper of the greens at Glens Falls Country Club.  Patrick’s lifetime pursuit came to fruition when he designed the front nine of the Cronin Golf Resort course in 1930 based on his inspiration from the Scot who served an apprentice with Old Tom Morris in St Andrews. The property was then acquired by his son, Robert, in 1945 who then added the second nine in 1965.

The resort is now owned by the brothers, James and John Cronin, who manage the golf course with John also serving as the golf pro. Upon arrival, the family members greeted us and made us feel at home. James’s son, Jamsie, served us a delicious lunch prepared by James’s wife, Jean, while we watched players tee off the first hole. 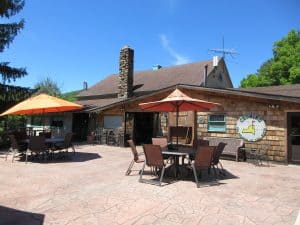 Golfers can relax and unwind while having a bite to eat on the patio.

The chance to mingle with like-minded golfers and the friendly ambiance enhanced the experience where we felt like members of the local community.  We had a chance to enjoy the many amenities of the cottage that included a well-equipped kitchen and an electric fireplace that provided a warm glow. Instead of going out to eat, we opted to barbecue on the outdoor grill and drank steaming coffee on the screened porch, while savoring the simple pleasures of the Adirondacks.

This weekend provided such a change from everyday life, as we ate well, relaxed by the pool, and thoroughly felt refreshed by the rustic setting.

After playing our last round of golf, we stopped for a quick bite of lunch prior to pursuing other outdoor activities. Heading south, we drove around Saratoga Lake where summer is in full swing with many vacationers at the beach and marinas.  The highlight of the day was a visit to the Saratoga Battlefield where the Battle of Saratoga, comprising of two significant battles, was fought in 1777.  The decisive moment and crucial victory of the Patriots occurred when the British retreated under General Burgoyne, which marked the turning point of the Revolutionary War.

Eric Schnitzer, Historian at the Saratoga National Historical Park, recounted the vivid histories while we overlooked the battlefield from an escarpment. Exhilarated by the expansive view we gazed beyond the battlefield towards the Hudson River and the Taconic Mountains and the Green Mountains of Vermont in the distance. 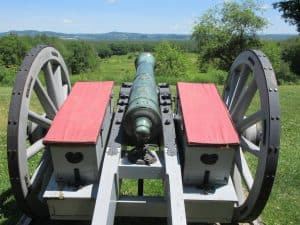 The Battle of Saratoga marks the turning point of the American Revolutionary War.

One of the great advantages of visiting this battlefield was a chance to tour the historic site by car.  Based on Eric’s suggestions, we drove to one of the park gates and walked the remaining way to Benedict Arnold’s quarters at Neilson Farm. This vantage point offered stunning views of the battlefield that was so enthralling. 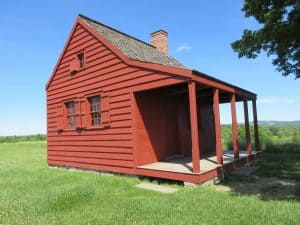 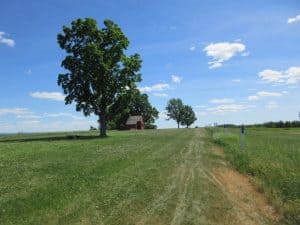 Touring the battlefield reveals the remarkable events of history.

Visiting the battlefield provided us with authenticated experiences that made history come alive. On this trip, we could have chosen other places to explore, but we relished playing golf along the Hudson and walking the Saratoga Battlefield where we discovered some of the more impressive features of the region.