Home » Blog » On the Trail: Ghosts of the Wild West

On the Trail: Ghosts of the Wild West 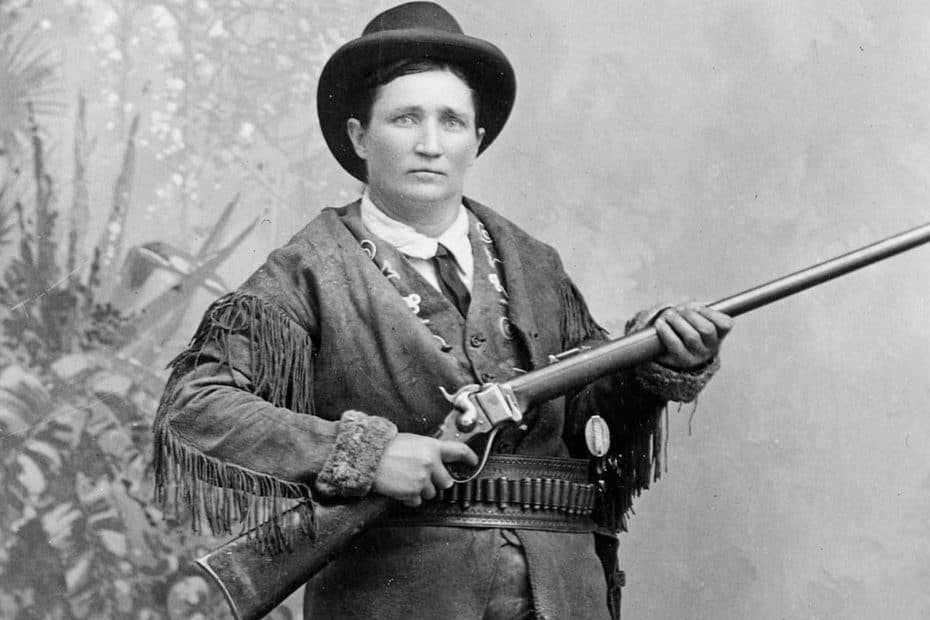 This journey? Worthy and sacred, yes. Also damned and desolate.

Award winning journalist Steve Wiegand and wife, Cecilia, had been doing the “Charles Kuralt thing” in a Subaru Forester for weeks across the Western states, seeking the ghosts of Custer, Earp, Hickok, Jesse James and his Younger Gang — those who’d left their mark upon the wildest days of these unsettled lands.

Their dusty desert travels were just part of the in-person research for a new book with a very long title: 1876 Year of the Gun: The Year Bat, Wyatt, Custer, Jesse, and the Two Bills (Buffalo and Wild) Created the Wild West, and Why It’s Still with Us.

An avid reader of westerns and an early fan of “Gunsmoke,” Wiegand set his GPS to find museums, historic sites, place markers, tourist-packed towns, and locales long forgotten, even by the locals.

While you might expect these places to be well-traveled today, the secrets long revealed, Wiegand found the opposite, saturating his new 500-page book with fresh tales separating fact from fiction, lore from legend — often finding fact just as tantalizing as what other authors had invented to promote their retired gunslingers’ lucrative tours.

Following the 1876 trail, from 2019, into 2022, Wiegand’s stops included Mobeetie, Dodge City, Deadwood, Little Bighorn, Cody, and several spots along an interstate bank robbery spree. The Wiegand’s didn’t need the money, so the robberies hadn’t been tried since the James Younger Gang’s (which included Jesse and Frank) infamous rides.

So, some of our author’s research visits, like Mobeetie, were funny and filled with irony, while one stop, Little Bighorn, and two others, stood out with a kind of raw and raging emotion, and a poignancy that a smart traveler could never forget.

“Forty miles outside of Amarillo, Mobeetie was known as Sweetwater, for the creek, in 1876,” said Wiegand, whose deep Sam Elliott-type drawl makes him seem kin to legends such as Mr. Serious Wyatt Earp and Great Big Bat Masterson.

“Sweetwater was where Bat got into a fight over Mollie Brennan with the 4th Calvary’s sinister Sergeant King.” Bat Masterson became a national hero, defending the rights of an innocent prostitute. It was January 1876 and Sweetwater had a population of about 1,000, mainly Buffalo hunters.

To mark the historic Bat Masterson event, and many others in notorious Sweetwater, there is a museum repurposed from the hamlet’s once functioning jail. It gets funny here.

“No one is ever at the museum,” said Wiegand.

“I was there in January and again in August, and it was always closed. There’s also a Mobeetie campground and a local school no one goes to. And lots of houses, but no people.”

Frustrated, Wiegand wandered the town, chatted with no one, knocked on doors, and eventually found a postal worker. “She had no idea about the museum, or anything for that matter,” said Wiegand.

Then one day, action for our tourist author! A burro was loose, standing on the steps of the now “un-famous non-museum.” Wiegand stood by to be sure there was no trouble. Eventually a boy on a horse came and secured the lost animal, joking to Steve, “Wanna buy a burro?”

During the visit to Mobeetie, the Wiegand’s stayed in a Canyon City hotel where Steve asked a waitress if she’d heard of local legend Bat Masterson. Wiegand recalls the college graduate labeling Bat “as a character in a movie.” Aren’t we all?

Then it was on to Dodge City.

Recall what Dodge City is famous for?

Certainly, as interim law enforcement officers, the controversial Bat Masterson, Wyatt Earp, and Doc Holliday helped build the legend along with the soldiers, hunters, booze, prostitution, and violence. There was one tavern for every 50 people in Dodge City in 1876.

Today a life size statue of fictional Matt Dillon greets tourists “while the locals take it in stride,” said Wiegand. Though it would be sweet, no one is removed completely from reality in Dodge City. A Walmart, a Subway, and tech companies share the spotlight with the legends. Wiegand: “It’s not a place where people walk around in cowboy hats.”

When we last left our heroes, Steve and Cecilia, were rolling Forester-style into Deadwood, only to be confronted by the “black-hatted enemy,” materialism. The Wild Bill Sarsaparilla, the Calamity Jane Curly Fries, and the Deadwood Casino registered a solid #10 on the “hokey meter” — it “was all just a little too much.”

Now, Deadwood is where folks make a fine living from tourism in the town famous for being the place where Wild Bill was shot playing poker in the Number 10 Saloon.

Steve and Cecilia were disappointed that the Number 10 Saloon (the real one burned years ago) was promoted as authentic. It was recreated yet “the little details were missed,” such as the presence of stools versus chairs, and where the “wild and wooly” mining and logging town of 1876 has been replaced with a convention center, legal gambling, and plastic pistols.

It’s as if tomorrow never came to Little Bighorn, the site of Gen. George Custer’s last stand, when the Sioux and Cheyenne Indians overtook the Army’s 7th Cavalry. Today, the town of Little Bighorn is dedicated to six Indian nations.

During our telephone interview, the deep and penetrating broadcast news voice of 1876 author Steve Wiegand (a former CSPAN and NPR regular) changed markedly, turning to quiet gloom. It was as if suddenly I was speaking with a different person.

“The Little Bighorn monument there … is very thoughtful,” said Wiegand, in a narrative punctuated by sudden, halting pauses. Was he in tears?

“We got a real sense of what it was to be there in 1876,” he explained. “The geography is the same — you can tell what went on in the battle, absorb what the Native Americans and what the rangers may have felt in that battle. It’s still there. It hurts you, even now.”

“We could tell how very affected the veterans were by the place. One said he felt more sympathetic toward the Natives, and then also toward the Cavalry, just doing what they were told to do — and people, around at the time who had no idea what was going on.”

Little Bighorn hasn’t changed in nearly 150 years. “It is a place that is stuck in time. And for good reason.”

Wiegand explained that the tourism literature of Little Bighorn today provides “a balance that portrays what a courageous group of people they were — there are no good guys or bad guys, and there is so much more sympathy than there was.”

A local hero, Joseph Lee Haywood, from 144 years ago, is honored nowadays by locals at his cemetery monument in the “pretty college town” of Northfield, Minnesota.

Serving as bank clerk, Haywood was shot to death by Frank James on September 7, 1876, when he refused the James Younger Gang’s demand to open the bank’s vault, containing the town’s treasury, residents’ life savings, and money for a local college.

The measurable shift in American Western hero worship, like that at “Custer’s Last Stand,” is seen annually at the “Defeat of Jesse James” festival surrounding the First National Bank of Northfield, which looks as it did in 1876, with a museum next door.

Similar to Little Bighorn’s observations, Northfield’s event “is very moving,” said Wiegand — one or a few names history might have forgotten are praised for their selfless bravery in trying to protect an entire town’s future.

Wiegand compares these seemingly anonymous heroes of the frontier to the common servers, clerks, and lower-level medical personnel on the front lines of the COVID pandemic, many of whom “gave their lives for the community.”

In 1876, Wiegand’s description of the two-college town is described with such splendor and heart, a reader might wish to move there. A tourist town with an old soul, like Little Bighorn, that is now much bigger and more honorable than the guns and tough guys of our Wild West.

A 2019 post on “Living Simple Now” named Cody as Wyoming’s most beautiful town with a billboard proclaiming Cody “the rodeo capital of the world.” And it is, with “a world class Old West research center and museum complex.”

For the Wiegand’s, it meant more than 6,000 miles on five separate trips to numerous Wild West locales in search of the true, heroic, dastardly, mythic and legendary Americans and Natives who created, changed, lost, and partially regained our Wild West.

It was a search for legends, those who live forever now on Grit TV and in the startling resurgence of cowboy/Indian folklore.

It was also a sobering lesson for the United States on how our collective illiteracy is growing right along with our sometimes narrow minded and greedy culture. Most Wild West legends, outside of our wise and learned Native American peoples, were not graced with patience or educated in diplomacy.

Buffalo Bill Cody, the other “Wild Bill” of the West, was known as the provider of meats to the Pacific railroad builders, and became a traveling showman, akin to P.T. Barnum.

Interestingly, the overgrown, weedy sites of the 1876 fight between Cody and the Cheyenne warrior who was “scalped for Custer” and where seven companies of the 5th Cavalry Regiment “intercepted 800” Cheyenne and Sioux are both marked by cement slabs and piles of rocks.

Both are fenced off from grazing cattle — battle markers no one sees, hidden beyond three long hours of dirt roads and ranch land.

For Steve and Cecelia, seeking what was wild in our Great West, was feast or famine, nostalgic triumph, and the most haunting feelings of tremendous loss.

There may be no other journey as worthy and sacred, or as damned and desolate, as that of the thoughtful tourist, or historian, seeking the ghosts of that remarkable and tragic year — our own American Epic — of 1876.

1876 Year of the Gun: The Year Bat, Wyatt, Custer, Jesse, and the Two Bills (Buffalo and Wild) Created the Wild West, and Why It’s Still with Us.

Brandon M. Stickney, a journalist and biographer, has appeared on A&E, Court TV, and the Travel Channel. Known to hit the broadside of a barn once in a new moon, Brandon holds a plastic squirt gun in full accordance with the concealed water law of New York State, and a similar “non-law” in the once great and now paved-under State of Florida.