One of America’s Great Hotels Observes Its Centennial Year 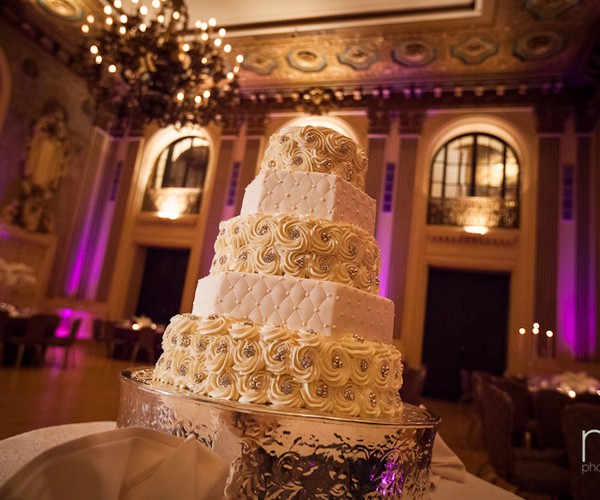 This year marks the centennial of the Hotel du Pont in Wilmington, Delaware.  Like scores of hotels across the nation, it was created to meet the needs of a local business.  In this case E. I. du Pont de Nemours and Company, commonly referred to today as Dupont, one of the nation’s best known chemical companies.  The business was begun in 1802 manufacturing gunpowder.  More than just a hotel, however, it has been the center of business and social life for Wilmington and the State of Delaware for the past century. 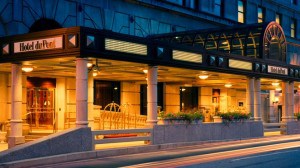 The Hotel Du Pont as it main entrance. The hotel has 270 rooms and suites, two ballrooms, and several restaurants.

Company management recognized it needed appropriate accommodations for visiting business associates and guests and in 1913  it opened the Hotel Du Pont at the center of Wilmington’s business and finance district.  It was planned to be the most prestigious address in the city and it has remained so ever since.

The week it opened, 40,000 people came to see the hotel.  Most had never seen anything like it.

Guests flooded the lobby, eager to taste the authentic French cuisine at the elegant Green Room, and to enjoy the beauty of its Main Lobby and other public reems.  Construction had begun in 1911, adding 133,500 square feet to the existing corporate office building. The steel framework and concrete construction made it fireproof.      French and Italian craftsmen spent nearly two years carving, gilding, and painting the spectacular hotel public rooms and 150 guest rooms and suites.  No expense was spared in construction of the Hotel du Pont, at an estimated cost of a million dollars (about $35 million in today’s terms).  Shortly after it opened an additional two stories were added including the original ballroom.  In 1918 another addition was added including the ground floor Gold Ballroom, the Du Berry Room (a ladies lounge), a new lobby and 118 more guest rooms. 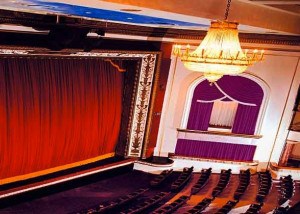 The Du Pont Theatre at the hotel features Broadway Shows. It has seating for 1,250 and is often sold out.

The du Pont Theatre, the hotel’s in-house theater is a popular venue for road-company Broadway productions.  Coming just two years after the hotel was opened, the theater has provided top quality professional entertainment to hotel guests and the Wilmington community for nearly a century.  With its excellent acoustics, comfortable seating, unobstructed sight lines and a unusually large stage it is a favorite with performers and audiences alike.  Originally called “The Playhouse” it has seating for 1,223.

In 1918, the Hotel Du Pont was building again nearly doubling its initial size with the addition of 118 more guest rooms, the new Ballroom Suite including the spectacular Gold Ballroom and du Barry Room, and a newly designed, relocated hotel lobby.

In the 1930s, hotel management began purchasing original works by local artists to decorate guest rooms and public spaces. Among the most acclaimed pieces are those by N.C. and Andrew Wyeth, who represent one of the most highly regarded artistic dynasties in the United States.  Many of these works can be seen today in the Brandywine Room. 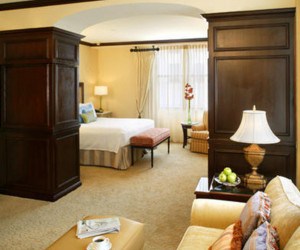 Numerous major renovations and improvements have been made in succeeding decades to keep the facilities both beautiful and able to meet the changing needs of its guests.  When the Du Pont Company introduced it new product Nylon, a showcase guest room  featured carpet, draperies, and furniture upholstery made of  Nylon.  The Hotel was the nation’s first to feature rotating built-in wooden cabinets for its guest room television sets. 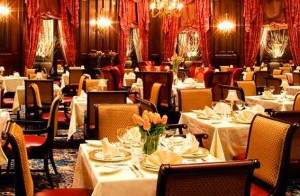 The Green Room at the Hotel Du Pont is the top restaurant in the
City of Wilmington and features American Cuisine with French accents.

Wilmington’s most desirable dining venue for the past century, the Hotel du Pont continues to offers extraordinary culinary talent paired with an impeccable service. The Four-Diamond AAA award winning Green Room is known for its exceptional cuisine and fine wine.  The decor and ambiance of the Green Room are unsurpassed. According to Richard R. Slutter, the hotel’s Director of Restaurants, “the menu is American with French accents. We are committed to using locally grown, sustainable ingredients whenever possible.”

Delicious food is also served in the handsome wood paneled Brandywine Room, and coffee, baked goods and light snacks are available at the Java Corner.  The Grill is an informal cafeteria-style restaurant at the Hotel du Pont.  Employes from du Pont’s corporate offices (adjoining the hotel) and hotel staff frequently eat here as well as the general public.

A tour of the kitchen with Executive Chef Keith J. Miller was a delicious experience.  It is as large as a cruise ship kitchen with 45 employees.  Another 12 to 16 kitchen staff are employed at the du Pont Country Club.  In addition to providing for the hotel’s dining venues, the kitchen handles hundreds of private parties and events.  According to Miller, April, May, and October are the busiest for weddings with several hundred each year.

The hotel bakery not only provides all the baked goods to the hotel’s restaurants and the country club, but accepts special orders from the public. 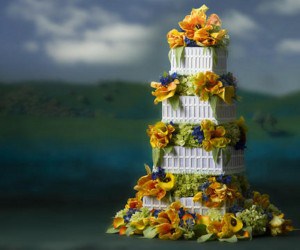 Wedding cakes are a popular item.  The hotel has one of the largest and diverse wine cellars in the area.  Two of the most popular dinner menu items are the roasted duck breast and the grilled Verlasso salmon.  The salmon is an imported aqua culture product from Chili.  Interesting, the fish are raised with a special feed produced by the Dupont Company.

Notable hotel guests include Nobel Peace Prize recipient Archbishop Desmond Tutu; U.S. future and past presidents, including  John F. Kennedy; sports legends, such as Joe DiMaggio; members of royalty, such as Prince Rainier of Monaco and other iconic celebrities — Charles Lindbergh, Amelia Earhart, Katherine Hepburn, Eleanor Roosevelt and more. Current political and entertainment figures who have attended events at the Hotel include Barack Obama when he was Presidential nominee, Vice President Joe Biden, Bruce Willis, Reese Witherspoon, Denzel Washington, and entire sports teams such as the Tampa Bay Rays and the Arizona Cardinals.

Former Delaware Governor Pete DuPont (of a later generation) has called the hotel “the greatest gift DuPont could give this community.”  Who would disagree?