Home » Blog » Optimize Your Travel Time with The Sightseeing Pass

Optimize Your Travel Time with The Sightseeing Pass 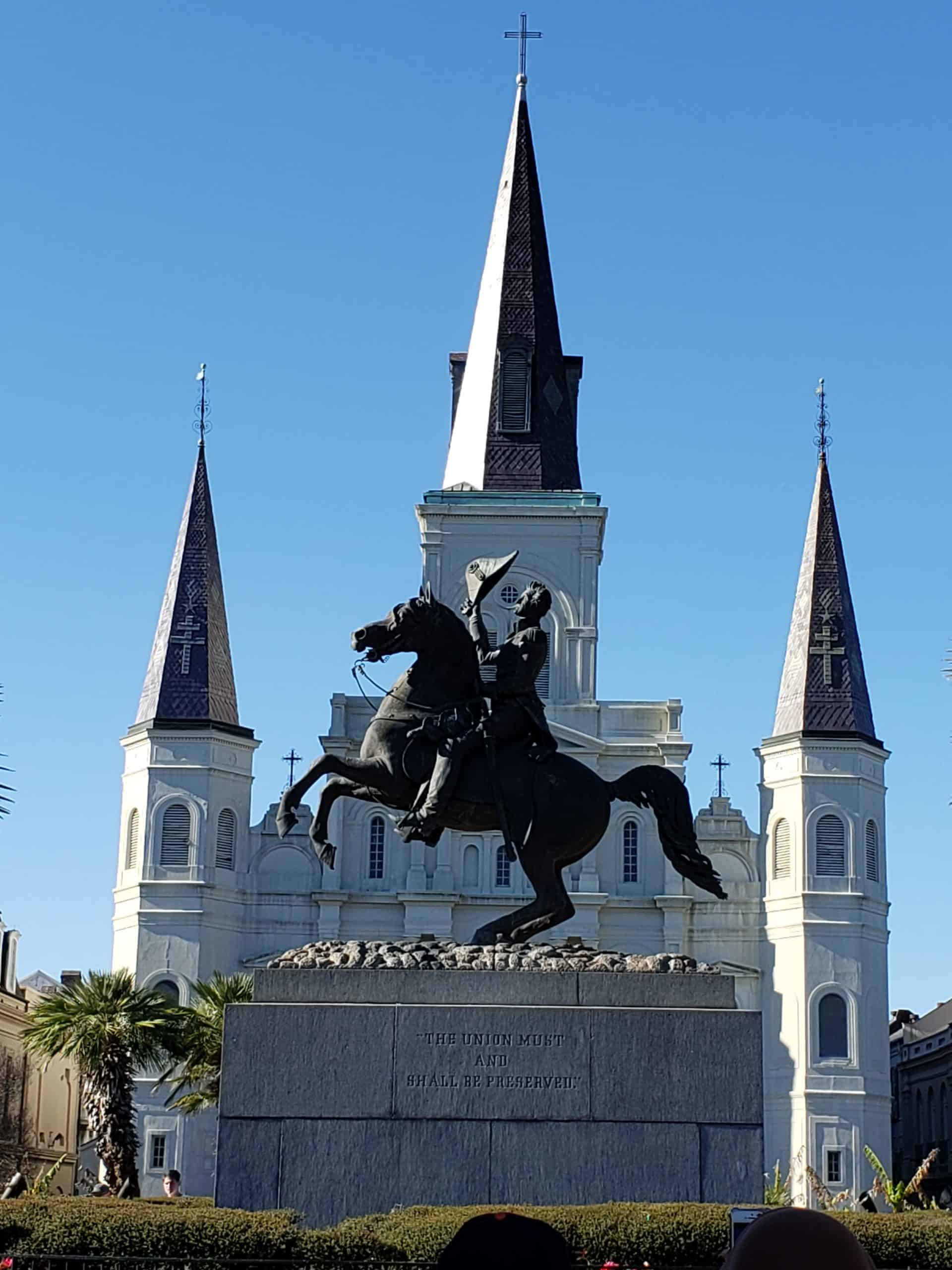 Text and images by Jeff and Stephanie Sylva

So you’ve finally decided to visit that city you have always wanted to see. But now it’s time to plan your trip – and this can be daunting. What to do, what are the top attractions, what is the best way to get to know the city? We suggest you try The Sightseeing Pass – a great way to plan your itinerary, see a city’s top attractions, and save money. The Sightseeing Pass is available in 13 U.S. destinations including New York, Los Angeles, San Francisco, Washington, DC, and our most recent destination, New Orleans. 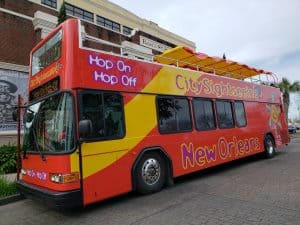 Most of the destinations offer two options for the Sightseeing Pass, so it is flexible depending on your sightseeing needs. The Sightseeing FLEX Pass allows you to select the number of attractions you would like to see and then build a custom itinerary. Choose a Pass valid for 2, 3, 4, 5, or 6 visits. Then take up to 30 days to explore the attractions that you wish to see. This option is recommended for visitors who have already visited the destination and want to enjoy a more customized experience.

The Sightseeing DAY Pass provides unlimited attractions for the number of days you choose – 1, 2, 3, or 5 consecutive calendar days. This option is great for first-time visitors and for active travelers who like to pack in as much as they can during their visit. One attraction available in many of the destinations is the City Sightseeing “Hop-On, Hop-Off “Bus Tour. If it’s our first visit to a city, we love to get an orientation of the city with a bus tour. City Sightseeing’s tours, often using open-top double-decker buses, are informative and fun.

Preparing Gumbo and Jambalaya at the New Orleans School of Cooking

We opted for a 5-Day Pass in New Orleans and got to enjoy much of what the Big Easy has to offer.  We planned each day choosing from a long list of attractions, museums, sightseeing cruises, and walking tours. Our pass even included a couple of special options. Upon landing at the airport we used it for a shuttle bus ride to our hotel in the Warehouse Arts District. Another treat was an open demonstration class at the New Orleans School of Cooking. Our instructor provided a wealth of information and folklore about New Orleans and Cajun and Creole cultures in between preparations of jambalaya, gumbo, and pralines. All of which we got to enjoy once the cooking was done.

Two Cruises and a Great Museum 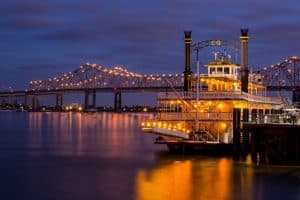 Two sightseeing cruises we experienced were an evening jazz cruise aboard the Creole Queen and the Jean Lafitte Swamp Tour. We spent the better part of a day at the National World War II Museum. Founded in 2000 as The National D-Day Museum, this museum is Trip Advisor’s #1 New Orleans attraction, #3 museum in the United States, and #8 museum in the world. The museum, with its numerous immersive and interactive exhibits, presents a compelling and comprehensive story of the war. 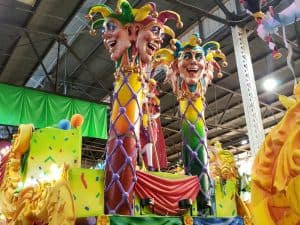 All about Mardi Gras

Another attraction we really enjoyed was Mardi Gras World. This fascinating guided tour took us through one of the Blaine Kern Studios where many of the colorful floats for the Mardi Gras parades are designed and constructed. The tour is a great picture-taking opportunity and receiving a piece of the famous King Cake was a special treat. A second bus tour we took was a New Orleans City Tour. This included a stop at one of the city’s famous cemeteries with a narration about the interesting practice of New Orleans entombments. We also made a stop at the Seven Three Distillery for a tasting. 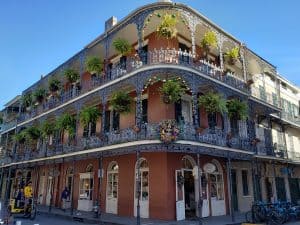 Colorful balcony of the French Quarter

In addition to all the tours and attractions already mentioned, our Sightseeing Pass also included a variety of walking tours. We recommend the Jazz Walking Tour, on which our guide narrated a fascinating history of the early days of jazz, its development in New Orleans, and its prominent figures such as Louis Armstrong, Buddy Bolden, Mahalia Jackson and more. Other walking tours include the French Quarter Walking Tour and the Garden district Walking Tour. 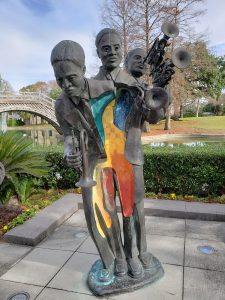 We obviously packed a lot into our five days, and the Sightseeing Pass included all of it. But the Pass includes many more choices of tours, attractions, museums, historical sites, as well as discounts at a number of city shops and restaurants.