This is part 1 of a journal covering my wife Bev and my 16 day trip to Alaska. This was our first trip to Alaska, so we had been looking forward to it for almost a year. Finally, it was time to head north to Alaska like the Johnny Horton song, “North to Alaska,” from the late 1950’s. It was about the Alaska gold rush. Panning for gold is still a popular activity in Alaska although that is one of the few activities that we did not experience during our travels. My Outdoor Writers Association of America’s Annual Conference was being held from September 3 to 7 at the Chena Hot Springs Resort. The resort is about 60 miles northeast of Fairbanks. We had scheduled both pre and post travel activities before heading to the conference.

We flew from Philadelphia to Minneapolis to Anchorage on Wednesday, August 29. Our plane left Philly at 6:35 a.m. Eastern Daylight Saving Time. We landed in Anchorage at 12:15 p.m. Alaskan Time. There is a four hour difference in time between here and Alaska. We are both still trying to kick the jetlag as I type this story. Our flight took about 10 and one half hours from departing in Philly to touching down in Anchorage.

Flying over British Columbia on our way into Anchorage Airport!

My Godson, Gene Zalutsky, is a helicopter pilot in Anchorage. He and his dad, Gene picked us up at the airport. It is always a more pleasant arrival when familiar faces greet and meet you at the airport. Gene Sr. by coincidence had flown to Alaska from Frisco, Colorado to visit his son to do some fishing during the same time that we were in the area.

We went from the airport to the Village Inn Restaurant for lunch where we met young Gene’s finance, Tracy. Tracy is from Pittsburgh. Our trip was off to a great start; Wednesdays happened to have been free pie day at the restaurant, so Bev and I took our slices of apple and cherry pie with us in a doggie bag.

After lunch we went to the Denali Car Rental lot and rented a 2004 Ford Taurus. The “rent a wreck” type rental went well with our budget. It was $40 dollars a day with no mileage rate. We had reservations that night to stay in Whittier, an industrial seaport, where the Maritime Highway Ferry departs for destinations like Valdez. Whittier is also one of the cruise ship ports and an Alaska Railroad destination. 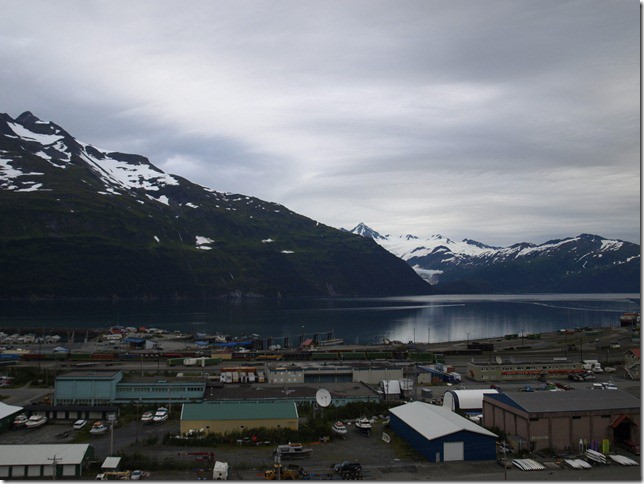 View from our Honeymoon Suite window in Whittier.

Our lodging reservation for our first night was at June’s B & B. June lives on the 15th floor of what appeared to be the only place where the local citizens live in Whittier; a 15 story condo building. As the 14th floor condos go on sale June buys them and converts them to B&B units. We had a great view of the harbor from our retro one bedroom honeymoon suite. June met us at the elevator on the 15th floor and took us to our suite. I asked if there was anywhere in town to buy some beverages. June was kind enough to bring three bottles of Alaskan brew to the suite. We were quite tired from our long day and appreciated not having to go back out. The pie and brew hit the spot.

Many of the lodging, transportation methods and activities were offered at a discount for the OWAA members through the local Convention and Visitors Bureaus. Wednesday’s lodging in the honeymoon suite was full price, but the ferry transportation to Valdez or any other ferry destination was complimentary. 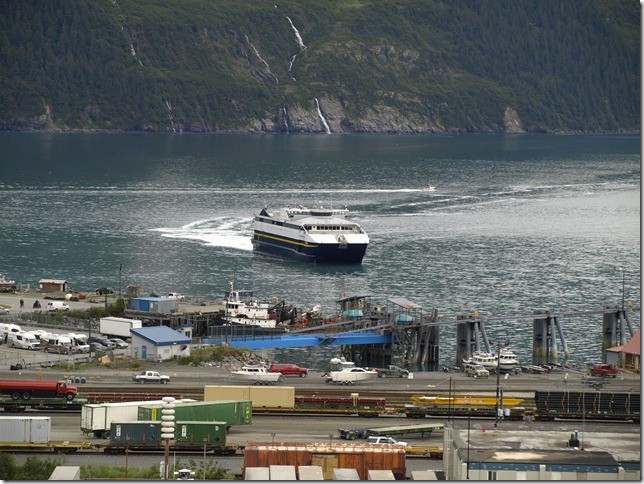 The ferry we did not board. Headed to Seward instead!

We had our B&B bagels, cream cheese, coffee, juice and bananas and then headed down to the ferry terminal to pick up our tickets to Valdez. Just as we were ready to board the ferry I received a cell phone call that a room had opened up at the Seward Hotel. The room included a guided fishing trip the following day. We could not turn down that offer, so we turned our ferry tickets back in and headed to Seward.

The only way in and out of Whittier is through the longest combination vehicle and railroad tunnel in North America. The one lane tunnel cost is $12 and it runs on a half hour schedule for vehicles. We entered the tunnel on the 4:30 p.m. schedule into Whittier on Wednesday afternoon and left Thursday morning at the 11:00 a.m. schedule out of Whittier. The vehicle traffic is halted in both directions when the daily train heads through the tunnel to Whittier or out again.

We stopped to take photos of the Portage Glacier and toured the Alaska Wildlife Conservation Center not far from the tunnel exit.

The temperature was a raw windy 48 degrees when we visited AWCC. It is a nonprofit organization dedicated to preserving Alaska’s wildlife through education and quality animal care. They take orphaned and injured animals and provide them with care and spacious enclosures. The animals that cannot be released are given a permanent home or are moved to different facilities. The AWCC works with several facilities in the lower 48 states and other worldwide facilities.

One of the most interesting stories and species at AWCC is the wood bison. Wood bison were once thought to be extinct. They inhabited Alaska for thousands of years prior to the 1900’s. Unregulated hunting and changes in habitat distribution resulted in their extirpation from Alaska, and by 1900 only a few hundred individuals remained in all of North America.

Through the conservation efforts at AWCC the wood bison hopefully will one day number again in the tens of thousands. The wood bison restoration project taking place at AWCC is among America’s greatest efforts in wildlife conservation in this century. The AWCC wood bison herd is on schedule to be released in several of Alaska’s natural habitat areas in 2013.

Wood Bison look like their more familiar Plains Bison cousins, but they are larger and have a thicker coat. The wood bison has a more pointed beard and a larger hump. The hump is located closer to the animal’s head than on the plains bison. 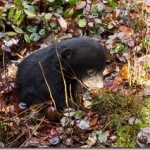 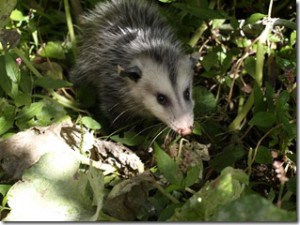 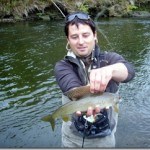 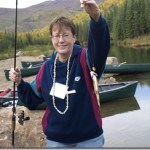 Look for part 2; fishing for silver salmon, sockeye salmon, dolly vardens and Arctic char in the next issue. Find out why we were not able to cross the river on the hand operated Russian River Ferry. Could it be a grizzly bear was occupying the ferry platform on the opposite side of the river?