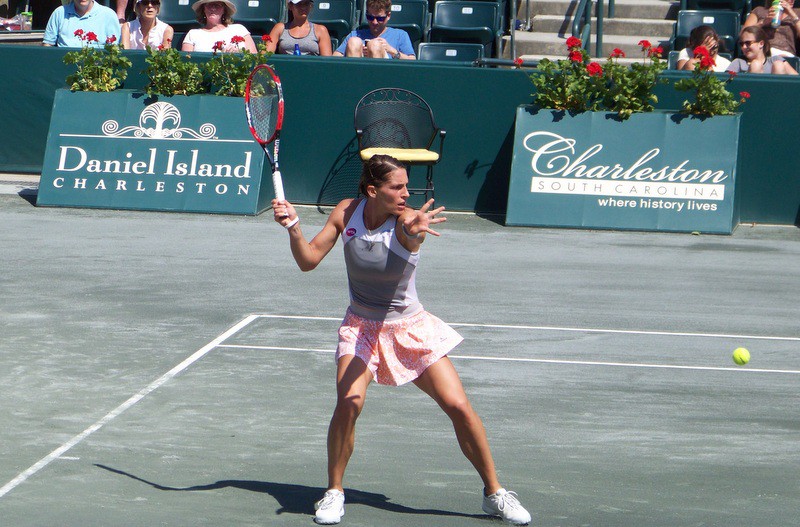 ​Posted by Will A. Davis and Gallagherstravels.com

Kerber, currently ranked World No. 9, has won seven WTA titles, four of which she earned in 2015. After winning the Family Circle Cup, she went on to capture titles in Stuttgart, Birmingham and Stanford. She has made two previous appearances in Charleston, and holds a 7-1 win/loss record. As of October 2015, Kerber is on track to finish her fourth season in a row in the WTA Top 10.

“I am eager to play Charleston again next year,” said Angelique Kerber. “The 2015 tournament was a great week for me. I was happy with how I played, and everyone in Charleston was so friendly. I’m ready to be back and defend my title at the Volvo Cars Open.”

Fellow German countrywoman, Petkovic, currently ranked World No. 20, has made three previous appearances in Charleston and holds an 11-2 win/loss record. After winning the Family Circle Cup in 2014, she made the semifinals of the tournament the following year. Petkovic has six WTA titles, most recently winning in Bad Gastein and Sofia after Charleston in 2014, and Antwerp in 2015.

“Charleston holds a special place in my heart because it’s where I won my first ever Premier title,” said Petkovic. “It’s no secret that I love playing this tournament – the energy is relaxed, the fans are encouraging and the green clay really supports my game.”

“We are very excited to welcome back two former champions for our 2016 tournament,” said Eleanor Adams, Volvo Cars Open Tournament Manager. “Angie and Andrea have proven that they both play well here in Charleston, and I know each has made many new fans out of our attendees.”

Tickets for the 2016 Volvo Cars Open are now on sale. For more information on tickets, call 800.677.2293 or visit http://www.volvocarsopen.com. Patrons can purchase single session tickets, or choose from a variety of ticket and travel packages.

About the Volvo Cars Open:
The Volvo Cars Open is the largest women’s only tennis tournament in the world. The tournament receives four days of live broadcast domestically on ESPN2, and is viewed internationally in more than 143 countries, featuring more than 200 hours of live and delayed global broadcast time, reaching 9+ million viewers worldwide. The event, formerly known as the Family Circle Cup, moved to Charleston in 2001 from Hilton Head Island and will celebrate its 44th anniversary in 2016.