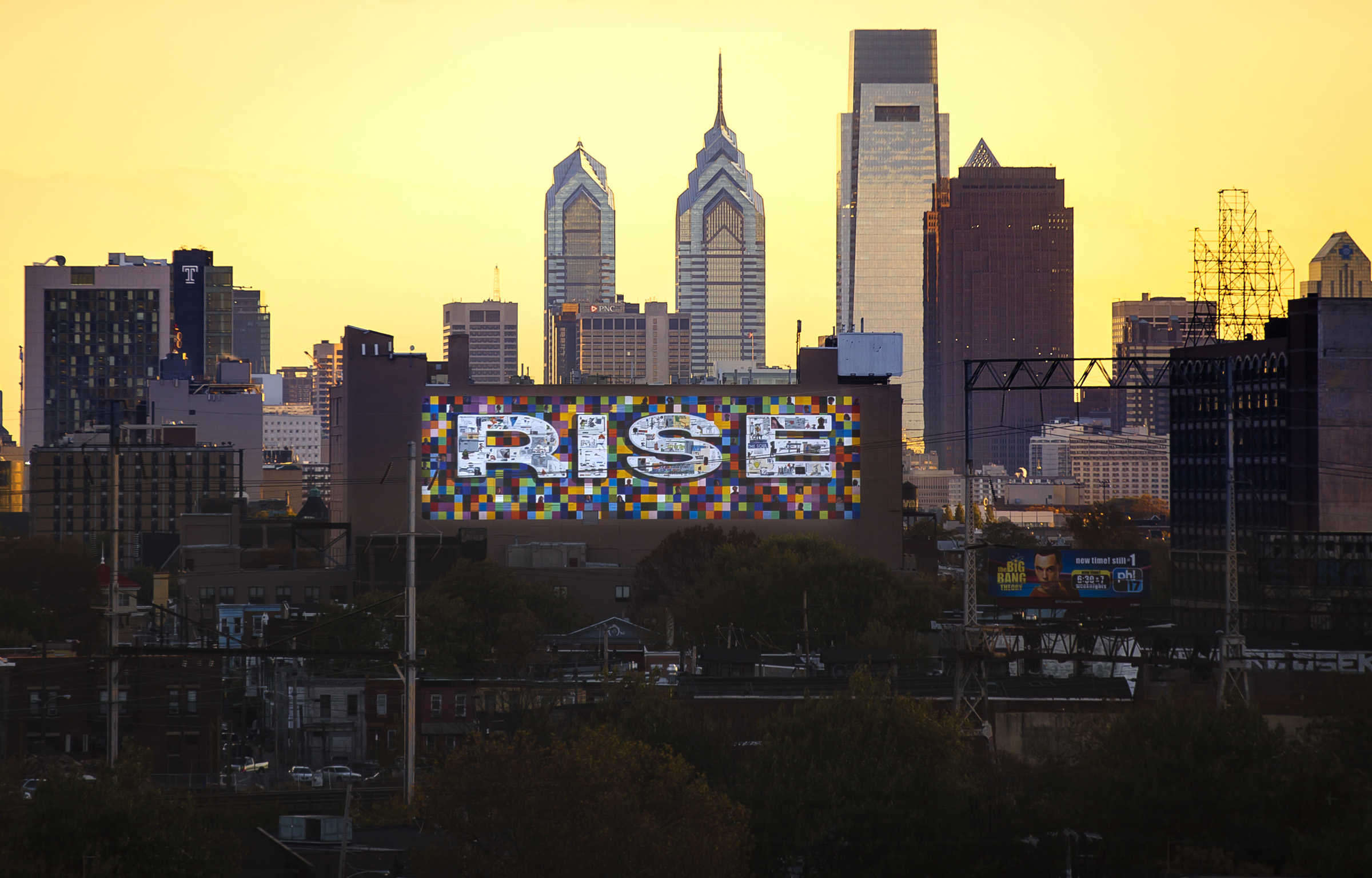 By James Weaver
In the 1970s, Philadelphia like major cities around the nation had a problem with unsightly graffiti defacing properties and creating an ugly urban environment.  Under the leadership of then Mayor Wilson Goode an anti-graffiti task force was formed to clean up the city and to provide young graffiti artists with opportunities to channel their creative artistry in positive ways.  Painting murals on walls throughout the city was the answer. 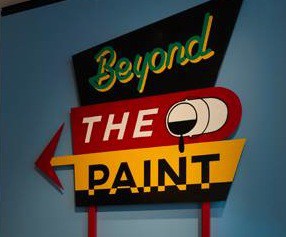 Founded in 1984, the Philadelphia Mural Arts program has evolved into an internationally recognized leader in community based public art and a leading expert in mural-making and art education, having served over 30,000 young people and created 3,600 works of public art. Philadelphia is now widely known at the “City of Murals.”

Over the past three decades, layers of paint and the brushstrokes of thousands of residents and artists have transformed walls and vacant lots throughout the city.  With their colorful and arresting images, murals are a rich, visual testament to Philadelphia and its people, telling their stories and sharing their hopes and dreams.  But the value of Mural Arts’ work extends beyond changing the look of public spaces, ultimately kindling public action. 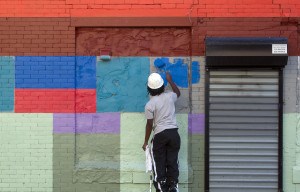 Mural Arts strives to transform not just how public spaces look, but how they function.  Each mural addresses an issue significant to the community.  Making a mural around particular issues unites residents, muralists, neighborhood groups, schools, corporations, non-profit, and city agencies in an interactive process of collaboration, promoting greater understanding and positive change.  According to Jane Golden, mural artist, founder and Executive Director of Philadelphia Mural Arts, “Murals truly are of the people, by the people, and for the people.” 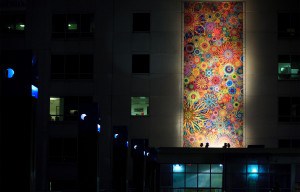 Night photo of an office building.
To mark the organization’s thirtieth anniversary, the Pennsylvania Academy of Fine Arts in Philadelphia, the nation’s oldest art school, has mounted exhibit titled “Beyond the Paint: Philadelphia’s Mural Arts.” It showcases community-inspired art-making in Philadelphia, while situating the Mural Arts Program’s process and progress within the national and international realm of socially-engaged arts practices. It continues through April 6, 2014 . 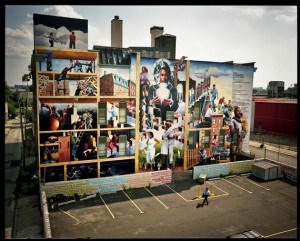 Heike Rass, Executive Vice President of Marketing and Communications at Pennsylvania Academy of Fine Art, said of the exhibit. “Beyond the Paint” is more than a show you visit a single time, it is about the social impact of public art, leaving those who see it feeling empowered to create a place for art in every community, in particular needy communities, and that art belongs everywhere.”