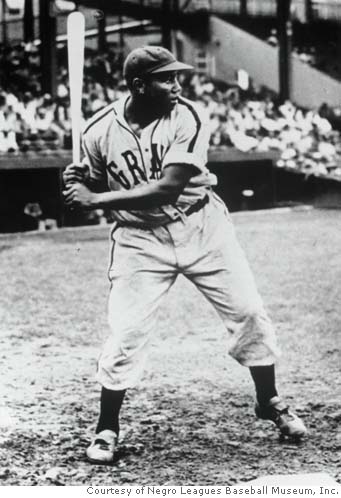 by Jim Weaver
Pittsburgh’s Carnegie Museum Show includes Baseball Great Josh Gibson, “The Black Babe Ruth”. Pittsburgh had two Negro League baseball teams, the Homestead Grays and the Pittsburgh Crawfords and Josh Gibson played for both at different times, but the phenomenal right-handed hitting catcher never received the opportunity to show his stuff in the major leagues because he was an African-American. Tragically, he died at the age of 35 in early 1947, three months before Jackie Robinson made his historic major-league debut with the Brooklyn Dodgers.
Josh Gibson was the greatest power hitter in black baseball, pounding out home runs with regularity despite playing most of his career in two of baseball’s most cavernous ballparks. He utilized a fluid, compact swing to hit for both average and power, and tales of his mammoth home runs became legend. In recorded at-bats against big league pitching, Gibson batted .426. 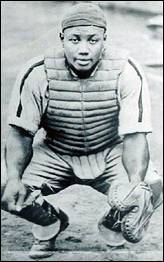 His former Crawford team manager Judy Johnson once boasted that if Josh Gibson had been in the big leagues in his prime, Babe Ruth and Hank Aaron would still be chasing him for the home run record. Satchel Paige, who was Gibson’s teammate on the Pittsburgh Crawfords and later pitched for the Cleveland Indians, once said: “He was the greatest hitter who ever lived.”Its been documented that Gibson hit as many as 84 homers in one season and 962 career home runs against all levels of competition throughout his seventeen-year career. He also compiled a .391 lifetime batting average – the best ever recorded by a player in the Negro Leagues. In addition to his slugging prowess, Gibson possessed a rifle arm and from behind the plate he made himself into one of the best catchers in the league. For a man as tall and heavy as Gibson, he was surprisingly quick behind the plate and fast on the bases.   Gibson was elected to the Baseball Hall of Fame by the Negro League Committee in 1972. 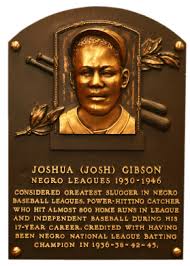 Charles “Teenie” Harris (1902-1998) was an African American freelance photographer in Pittsburgh, Pennsylvania, who in more than three decades beginning in the early 1920s.  Harris photographed daily life in the city’s black neighborhoods for the Pittsburgh Courier newspaper, one of the nations oldest black papers.  Harris loved Negro League Baseball and even played on a semiprofessional team in his youth.  Today, an archive of his photographs (including about 700 Negro League Baseball images) are part of the permanent collection of the city’s Carnegie Museum of Art.  The museum is currently presenting (through September 22) an exhibit of  Harris photographs entitled “Baseball in Pittsburgh.
Learn more at CMOA.org.  Visitors should begin at their travel plans at VisitPittsburgh.com.