Rhinebeck: Jewel of the Hudson Valley 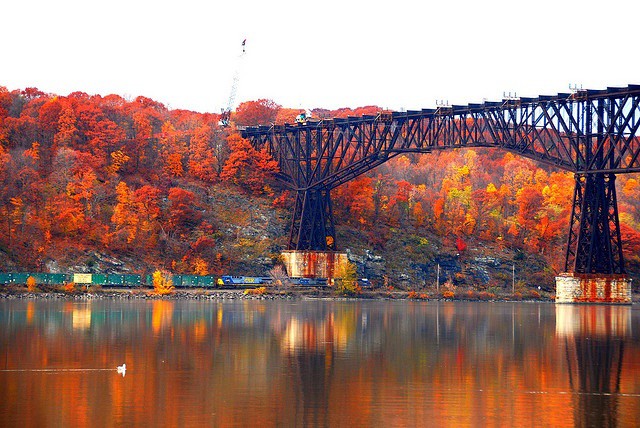 In “The Legend of Sleepy Hollow” Washington Irving tells the fearsome tale of the gangly, superstitious, schoolteacher Ichabod Crane being menaced by a mighty headless horseman on a lonely night ride. 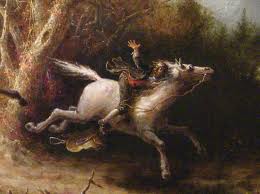 Readers of Irving’s evocative prose will be pleased to learn that the lush landscape of the Hudson Valley Irving once described still exists. Heading north across the Tappan Zee Bridge (I-287) over the Hudson River, the spectacular views are what Dutch explorers gazed upon almost 400 years ago.

Journeying along the majestic Hudson River is like time traveling through America’s history. You follow the trails of Native Americans, adventurers, and George Washington’s Continental Army. The U.S. Military Academy at West Point looms on the western banks, while the eastern shore boasts the opulent Vanderbilt Mansion and many of the grandest estates of the Gilded Age.

Flanked by the Catskill Mountains, the valley’s lush landscapes drew artists to its beauty and inspired America’s first great art movement, the Hudson River School of Art, in the early years of the 19th century. Sharp mountain peaks, deep valleys, spreading woodlands and a patchwork of farms divide the artsy and gentrified communities of the Hudson Valley. Just 100 miles north of Manhattan, the region is celebrated for its plentiful mom-and-pop shops, “u-pick” apple, berry and wildflower fields, and organic farm stands. 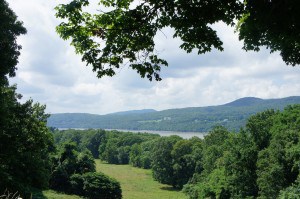 Dubbed the “Jewel of the Hudson,” Rhinebeck is a four corner town with just one stoplight. Founded in 1686, the influence of earlier times is present in the Victorian, Greek Revival, colonial, and other architectural treasures scattered throughout the village. Some two dozen, including the early Dutch-style post office, are listed on the National Register of Historic Places.

The area boasts 30 contiguous riverfront estates linked to the landed aristocracy of the region during the 18th, 19th, and early 20th centuries. In July 2010, modern-day royalty arrived in the picturesque town when Chelsea Clinton married on a 50-acre estate overlooking the Hudson River.

Many of the wedding guests stayed at the Beekman Arms that has been welcoming visitors (including George Washington) since 1766. Step inside to admire the strong oak beams and broad plank floors where Revolutionary War heroes drank rum toddies and townspeople took refuge when the British attacked.

For our home base we chose The Rhinecliff. Set at the base of a steep hill with gorgeous river views, it was designed by the architect George Veitch in 1854 as a hotel that served travelers riding the Kingston ferry and the new Hudson River Railroad through Dutchess County. Today, trains still stop at the Amtrak station out front heading north or south to and from New York City and other destinations. 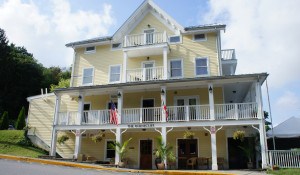 The Queen Anne-style building was given a $5 million restoration by the owners, the English brothers James and David Chapman, who salvaged many original materials including the bar, wooden beams, a historic ice cooler and the hand-crafted oak pocket doors.

The nine cozy rooms feature wooden blinds, wide-plank wood floors and an inviting king-size bed. On a bedside table the inn cheekily provides foam earplugs, along with a printed note stating “We Love Trains.” It’s a prelude to rumblings and occasional whistle toots from the tracks below. We never used them. We slept just fine on our two-night stay.

Politicians, artists, businessmen and socialites built fabulous estates up and down the Hudson’s banks, each adding their own unique contributions to the area’s collective history. These Gilded Age movers-and-shakers were the original 1-percenters at the turn of the last century. 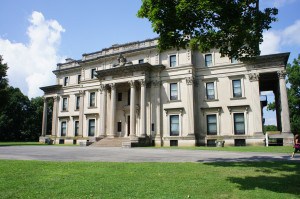 The Mills and Vanderbilt families were at the center of New York society life. Frederick Vanderbilt’s neoclassic style mansion (completed in 1899) is furnished with fabulous foreign artifacts mixed with period reproductions.  From the columned porch at the rear of the mansion, visitors take in one of the most majestic river views in the valley. Several species of enormous old trees grace the grounds, and formal gardens on the property have been recently restored to their former splendor.

When the nouveau-riche Ogden Mills married the aristocratic Ruth Livingston, a fortune and legacy was born. The Staatsburg estate, the 65-room autumn residence of the Mills family, showcases Beaux Arts neoclassical styling adorned with elaborate French and English furnishings. Its paintings and artwork reflect the family’s deep pride in its heritage.

Springwood in Hyde Park is the home of America’s 32nd president, Franklin D. Roosevelt. He was born and lived much of his life here, and was buried here after his death in 1945. Built in Georgian Colonial style in the early 1800’s, several renovations to the mansion have brought it to its current state. The burial site of Franklin and Eleanor Roosevelt is graced with a simple monument in a lovely rose garden. Also on the grounds is the reinvigorated F.D.R. Library and Museum, which contains many historic documents and belongings of the President and First Lady. 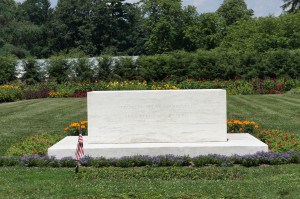 It’s lunch time. Five minutes south of Springwood we pulled into the Culinary Institute of America (CIA)– the Disneyland for foodies. The campus boasts five restaurants, each specializing in a different style of cuisine and service. Try the St. Andrews Café. It is bright and attractive, a perfect spot to take a breather in the middle of a day of touring. Skip the pizza or a sandwich. Opt instead for dishes with locally and sustainably sourced ingredients.

They are modern, healthy, inventive, well-prepared and well-priced. Best bet: ask your waiter, a student, for recommendations. Trust them; who knows, they could be the next Mario Batali or David Chang.

Food has been the great engine in the Hudson Valley revival, as the region is blessed with some of the best agricultural land in the Northeast. CIA grads too enchanted to leave the region are stoking locavore passion based on fresh, seasonal, locally farmed ingredients.

Back in Rhinebeck we dined at Terrapin, a restaurant housed in a stunning reclaimed Baptist church built in 1825. Shingle-clad parapets cut a striking silhouette against the evening sky. Enormous arched windows grace the space lit by a constellation of sleek modern lanterns. It offers a warm and inviting feeling. 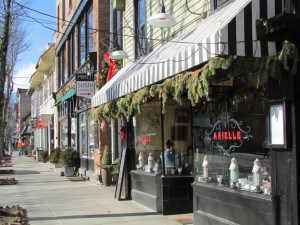 To begin the meal, we sampled appetizers of Asian pork belly with peanuts and a truffled fig, brie and roasted shallot quesadilla. Entrees included seared red snapper over cashew-tomato sauce and the house specialty, maple brined double-thick pork chop with calvados-apple demi-glace. It was well worth the 45 minute wait to prepare. A nice selection of New York State white and red wines complimented our dining experience.

Barely more than a few hundred yards long, a warm sense of community permeates Rhinebeck, from the shopkeeper’s friendly greeting to the groups of locals who gather every morning for coffee. Enjoy a stroll around the quaint town stopping in antique shops, art galleries, eateries, even a classic movie theater.

Spend a Saturday or Sunday checking out the bi-planes at the Old Rhinebeck Aerodrome that showcases the golden “barnstorming” era of aviation. Watch an air show of sky-high aerobatics, dogfights, bomb raids, balloon bursts, parachutists, and “Delsey drives.” Flying aces decked out in leather helmets, goggles and billowing neck scarves offer more dramatic maneuvers of the World War I and Lindbergh era designs.

Rent a mountain bike from Rhinebeck Bicycle Shop and ride eight miles north on the heavily wooded River Road, which traverses the back end of some of the area’s large riverfront estates. Follow the trail onto the leafy campus of Bard College and pause to check out the Fisher Center for the Performing Arts, a sculptural building of undulating silver canopies designed by Frank Gehry, one of America’s premier  contemporary architects. The 800-seat main recital hall is home to the Bard Music Festival. 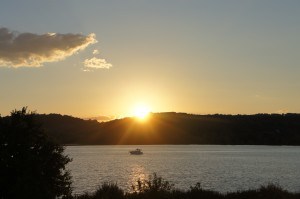 Sunset at the Rhinecliff

Our final evening was spent at the Rhinecliff where the bar and restaurant channel a French brasserie, an English pub and an American saloon. A fireplace warms one end of the clubby room during winter. We relaxed on the large riverside bluestone patio and dined on grilled hangar steaks with seared potatoes and pickled mustard seeds and seared salmon with charred leek vinaigrette and grilled radicchio with preserved lemon. We topped it off with their award winning sticky toffee pudding. A nice touch is the note of thanks on the menu listing local purveyors.

Back on our balcony– that seemed to float– we gazed out upon a few boats, their sails set wide, slicing across the Hudson. As dusk rolls in we marveled at a magnificent bank of clouds that reflected a full spectrum of colors across the shimmering water.