The Roycroft Campus – Home of the American Arts and Crafts Movement 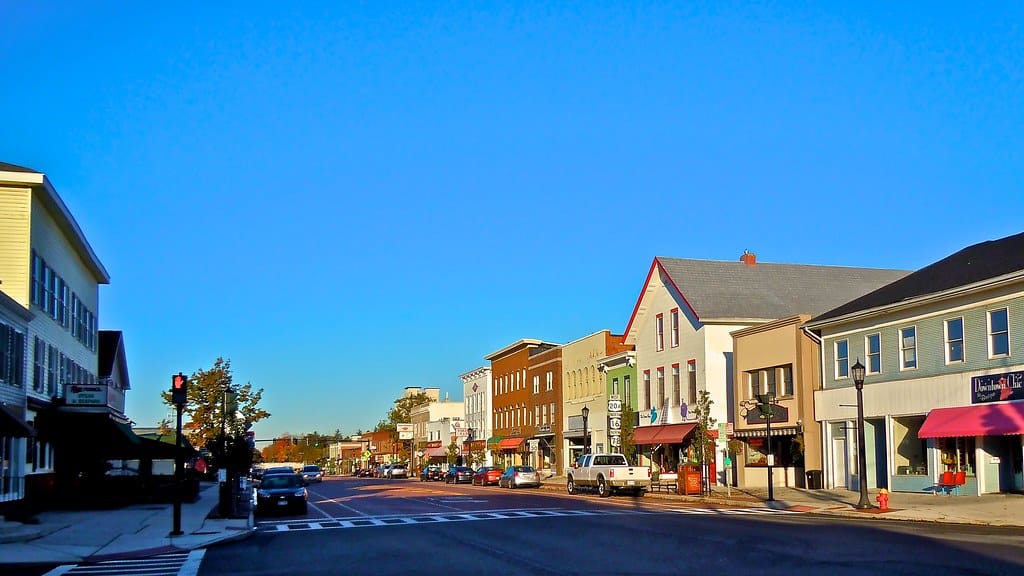 Whether you call it quaint or charming, East Aurora, a town of a little more than 6,000 residents in Northwestern New York, is certainly All-American with a Norman Rockwell vibe and a vibrant artistic air.

The centerpiece of its considerable allure is the Roycroft Campus, which got its start as a small printing business by Elbert Hubbard in 1897. Initially a soap salesman, Hubbard realized immediate success with the publication of The Philistine, a self-help style magazine. 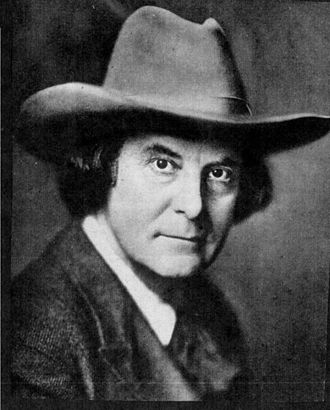 Later, “A Message to Garcia,“ Hubbard’s essay on taking responsibility and self-reliance, skyrocketed his fame across the country and beyond.

Hubbard decided to open his own publishing enterprise after returning home to East Aurora following a visit to England in 1894, where he became enamored with the vision of master craftsman, William Morris. 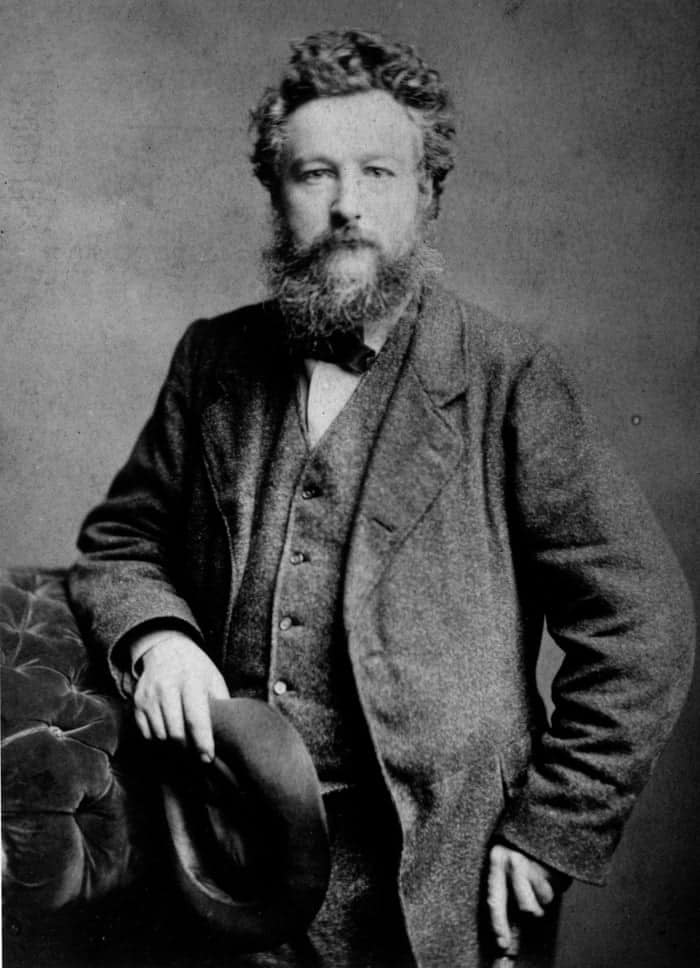 With roots in Morris’ ideology, Hubbard’s ideas soon began attracting influential visitors and skilled craftsmen and artists to East Aurora, which helped ignite the Arts and Crafts Movement in America. 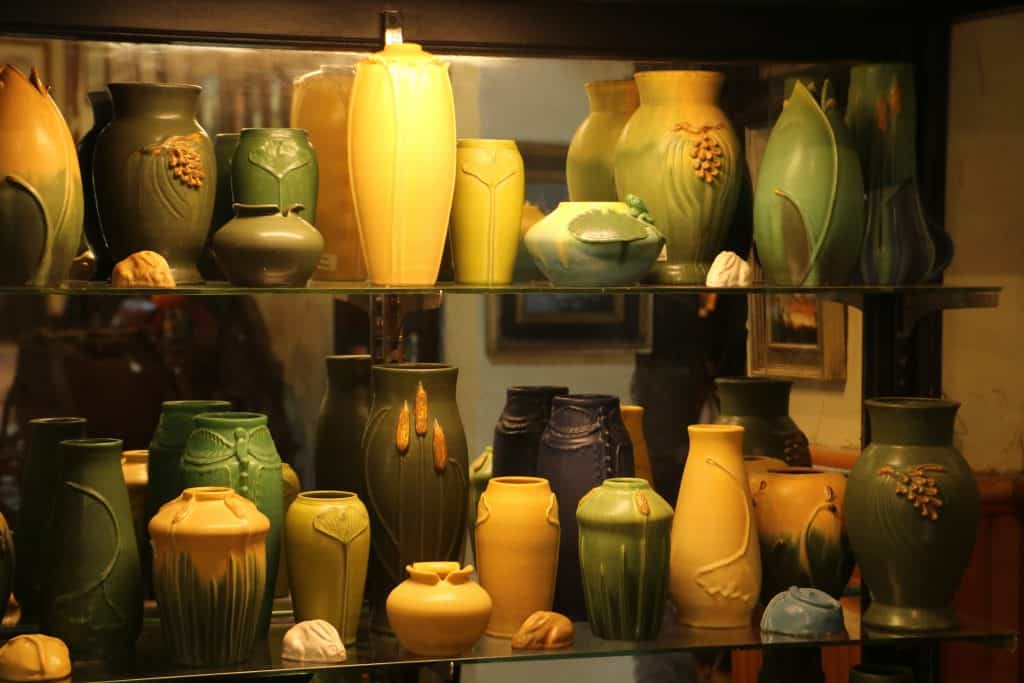 Display inside the gift shop.

With time, Hubbard and the “Roycrofters” built a series of buildings that included a newer print shop, a copper shop, 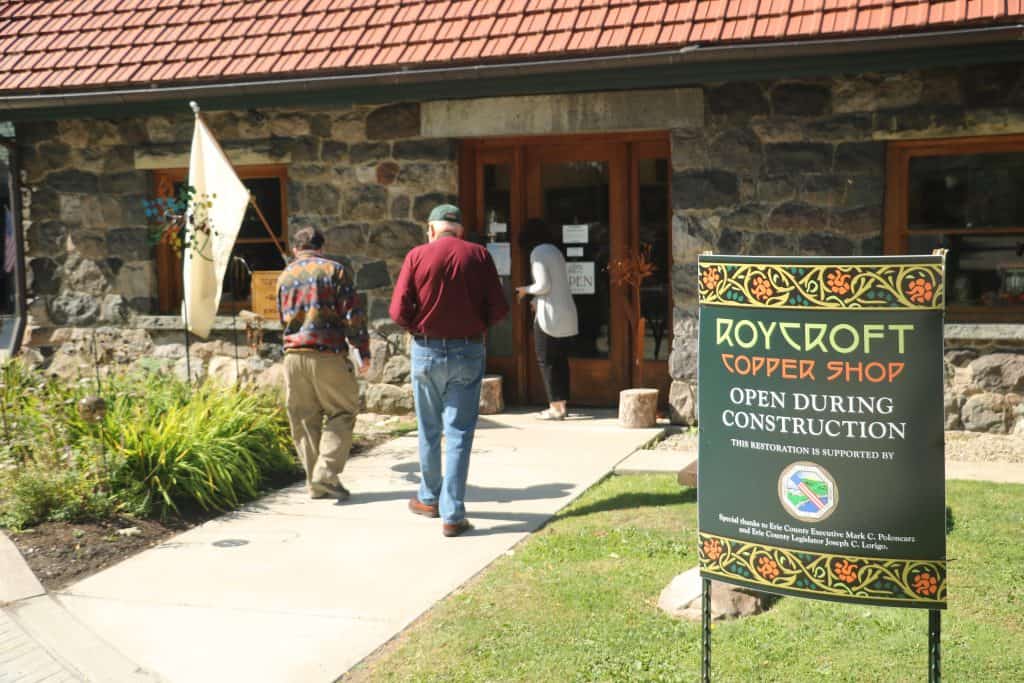 a furniture shop and bindery, a power house and a meeting hall named the chapel, a word derived from medieval times that didn’t have today’s religious connotation. To house the who’s who of early 20th century America who flocked to visit the community, Hubbard built a large inn filled with Mission style furniture, beautiful fixtures and a series of lush murals by Roycroft artist Alexis Jean Fournier. Along the front of the inn, headed a peristyle porch, where today’s visitors can have lunch or dinner.

On the doors, and wooden walls of the inn and even in the bricks of the walkways outdoors, Hubbard inscribed pithy, inspirational quotes. One I spotted on a brick walkway outside the Copper Shop attributed to Hubbard reads “Fences are for those who cannot fly,” which I interpreted to mean the only obstacles we have to achieving our goals are those we let stand in our way.

Hubbard oversaw the growth of his community of artisans and craftspeople until he and his wife drowned while traveling to Europe on the ill-fated Lusitania, which was sunk in 1915 by a German torpedo.The campus community continued under the leadership of Hubbard’s son, Bert, but underwent a slow decline. After going bankrupt, Roycroft closed in 1938. A non-profit organization took over the campus in the 1980s with the goal of preserving and restoring the historic buildings.

Preserved and a National  Historic Landmark

Now hailed as the best preserved and most complete complex of buildings remaining in the United States of the “guilds” that evolved as centers of craftsmanship in the late 19th century, the Roycroft campus earned a National Historic Landmark status in 1986. 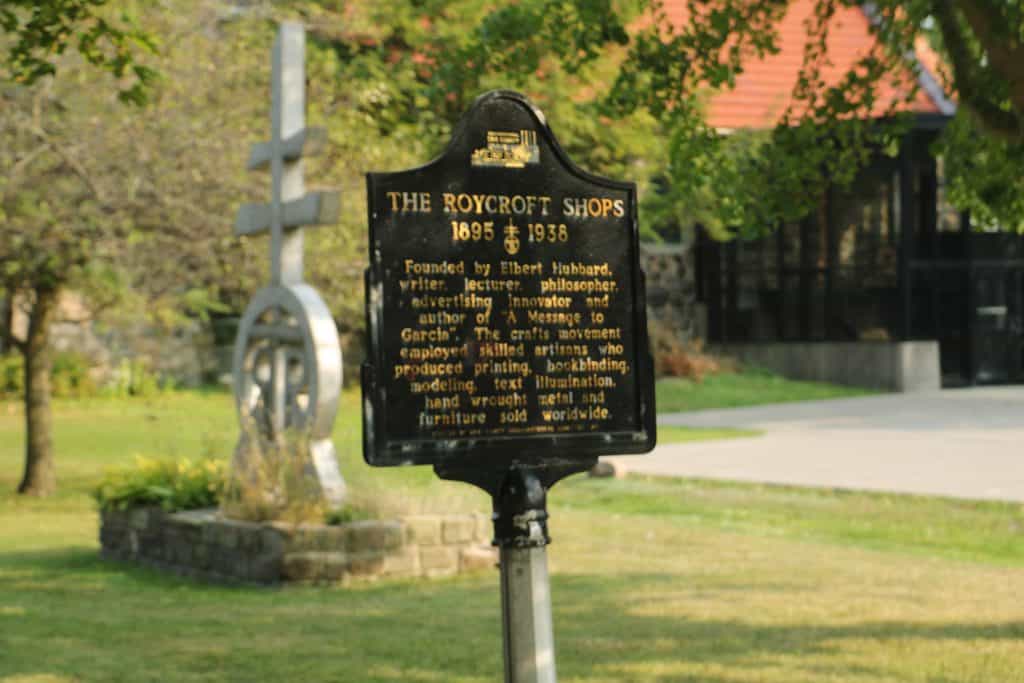 Today 9 of the original buildings remain, five of which are accessible to the public. A variety of different tours of the beautifully landscaped grounds and some of the buildings are offered almost daily for a fee, but advance reservations are required by phoning 716-655-0261.

The tours include a look inside the Print Shop and Chapel and the remaining buildings are accessible on your own. The tours end at the museum, a repository of historic documents books, furniture,photos and art works highlighting Roycroft’s history and the Hubbard legacy. 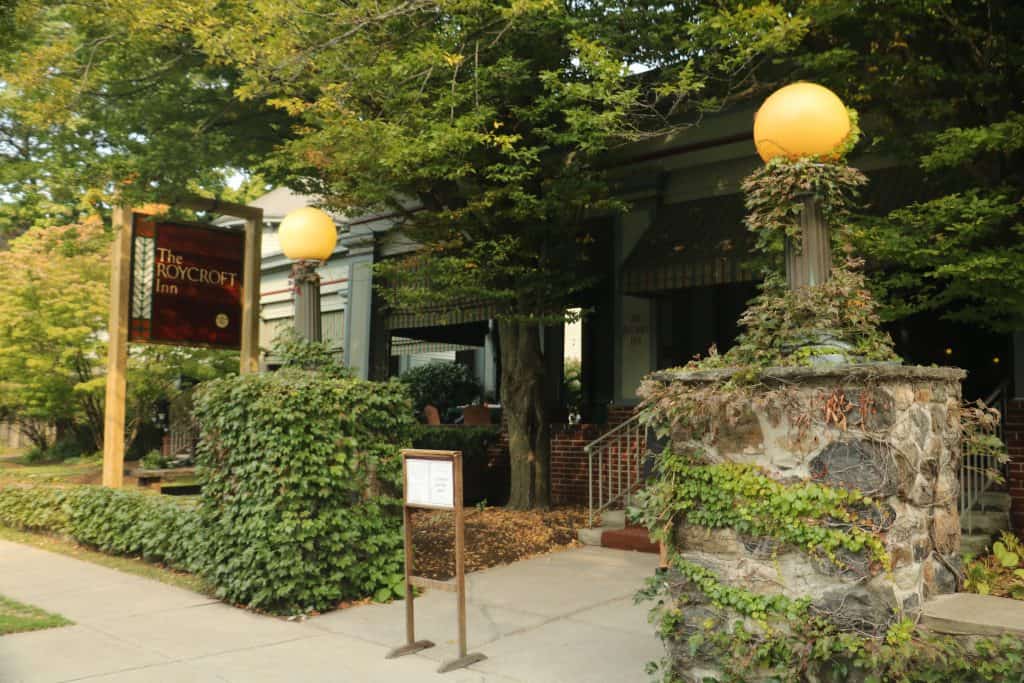 Entrance to the Roycroft Inn

Visitors who spend the night in the historic inn can enjoy leisure time in the lobby, a cocktail in the Craftsmen’s Lounge, and lunch or dinner in the dining room or Peristyle Porch, then spend a cozy evening sitting around the outdoor fire pit. In 1995, the inn completed an $8 million restoration that returned it to its original luster.The result is a fresh, but authentic look to an honored tradition. 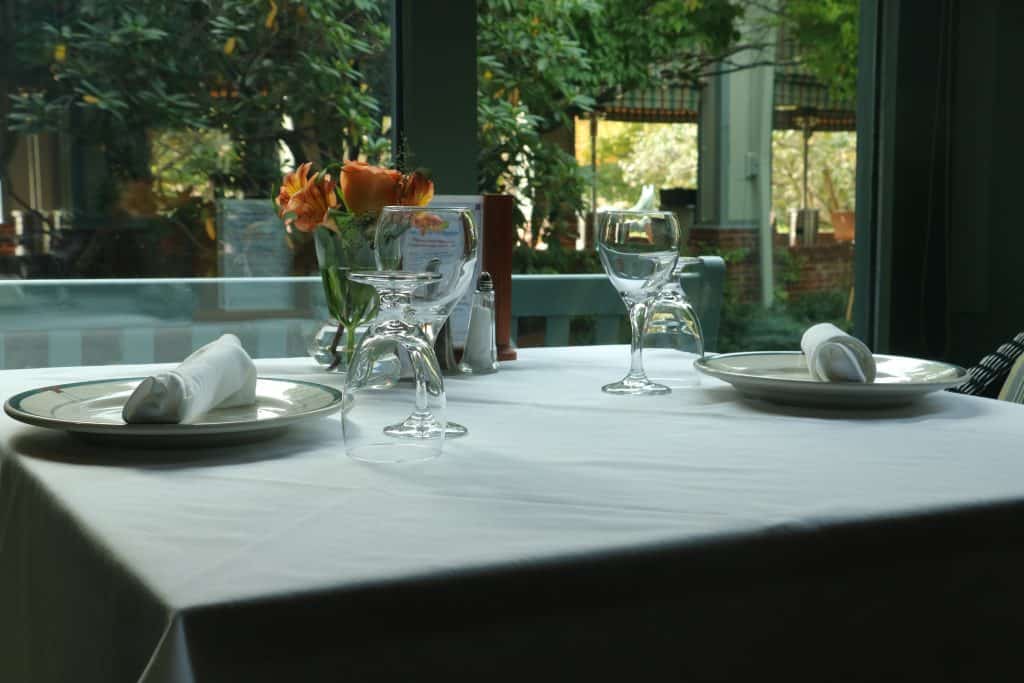 Table on the Peristyle porch ready for dinner.

For more information on the Roycroft campus, phone 716-655-0261 or visit website www.roycroftcampuscorporation.com.

East Aurora is also home to U.S. President Millard Fillmore, the nation’s 13th president. Fillmore lived here with his wife Abigail in his young adult era between 1819 to 1830. Now a National Historic Landmark, the house, located at 24 Shearer Avenue, is a small frame structure furnished with several Fillmore pieces (his bed and toy collection). 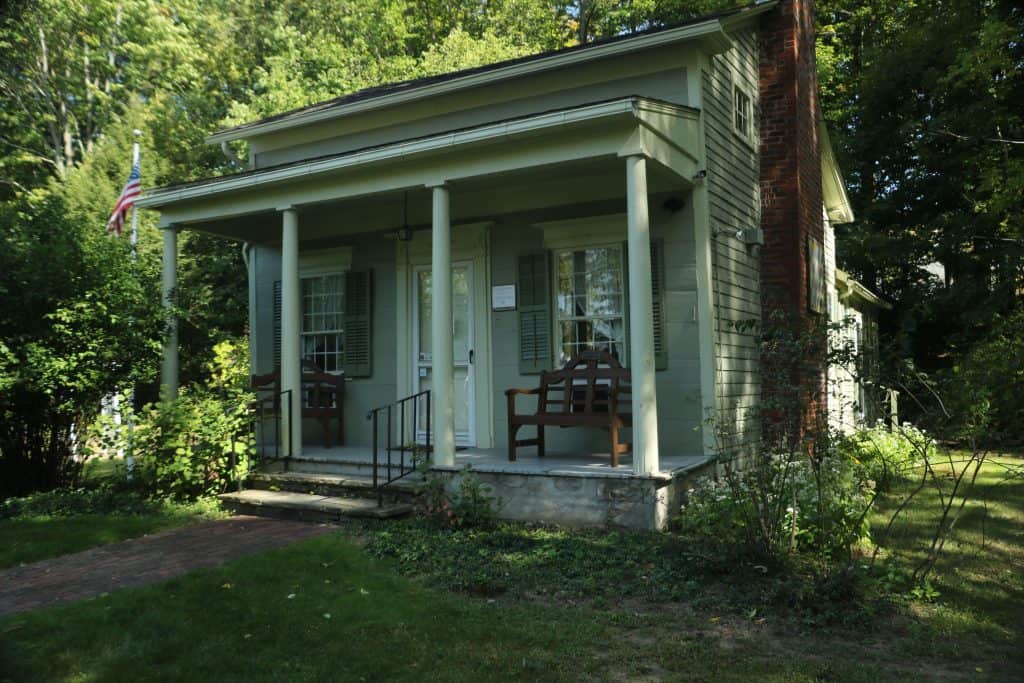 The grounds include a summer kitchen with a scrub table believed to have been made by Fillmore, and the carriage barn, home to Fillmore’s sleigh and a period tool collection owned by the Aurora Historical Society. 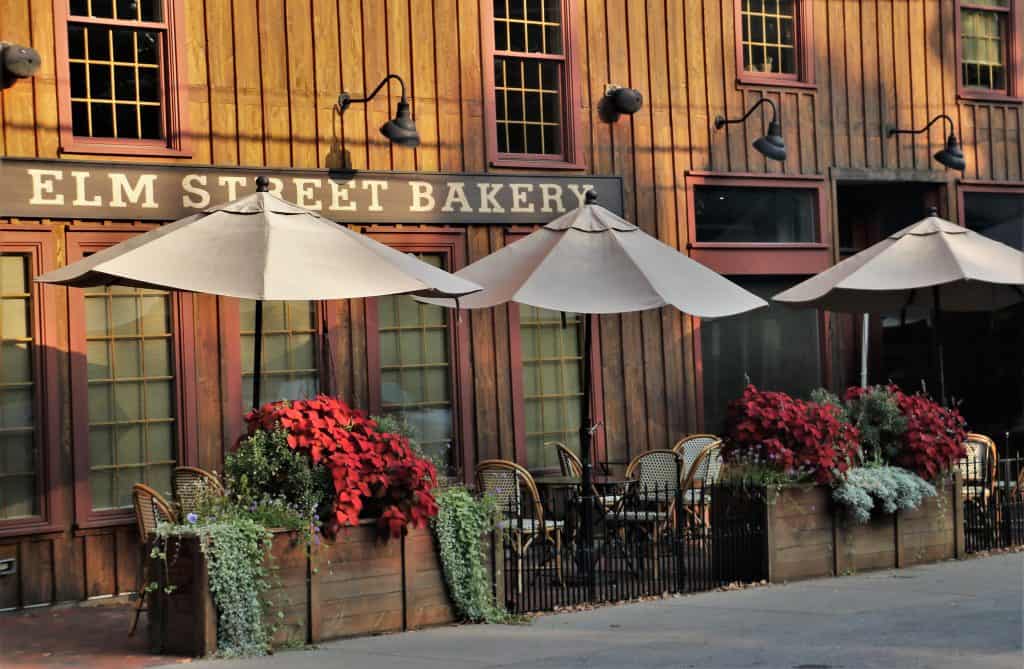 One of the main tourist draws located in the center of Main Street across from the vintage 1925 Aurora Theater, Vidler‘s 5 & 10 is the largest of its kind in the world. Dating back to 1930, the store is now in the hands of the third generation of the same family. With original floors, this sprawling two story enterprise has 12 rooms in 4 separate interconnecting 19th century buildings. 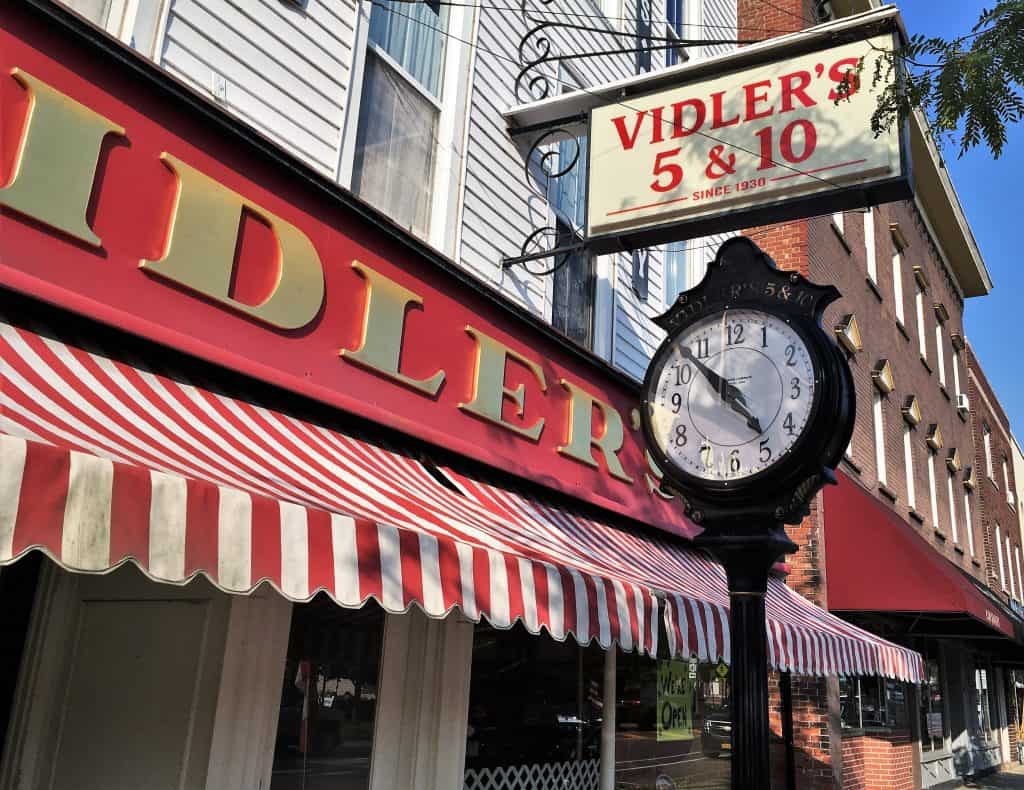 Some of the items in the 75,000 inventory include retro candies and soda pop, electronic yodeling pickles, seasonal décor, you name it. Don Vidler, the grandson of the founder, said one of the best selling items is a bamboo back scratcher. As you explore the vast expanse of merchandise, make sure the kiddies ride Sandy, the mechanical horse, for a dime and weigh yourself on the old fashion scale that even tells your fortune for a penny.