Home » Blog » TANGIER ISLAND: A Place Out Of Time

TANGIER ISLAND: A Place Out Of Time 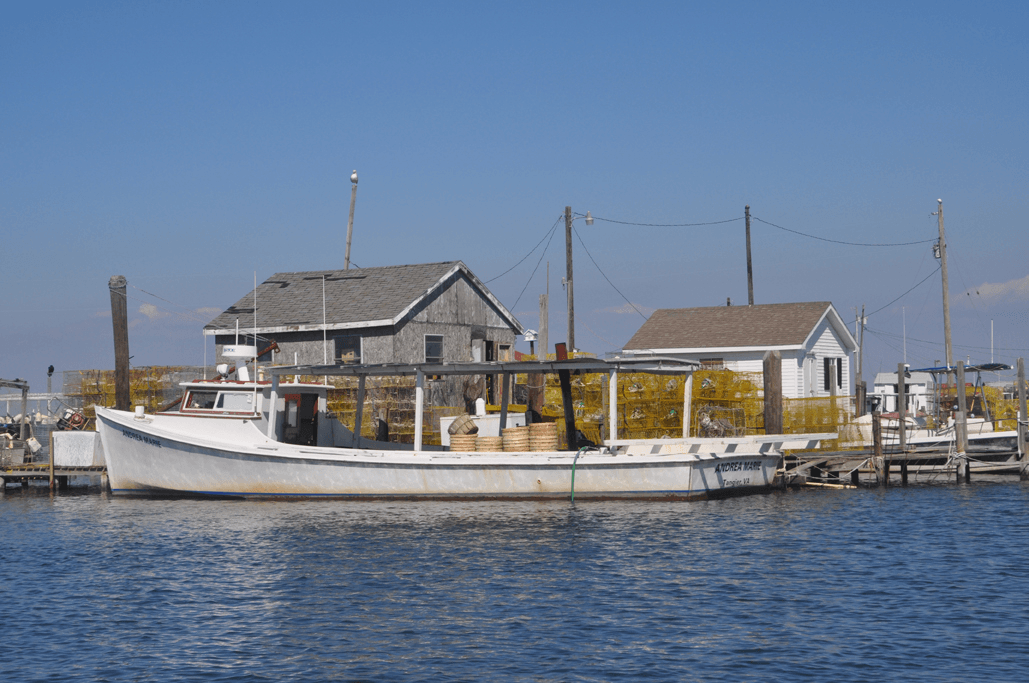 Ever dream of stepping back in time? I’m not suggesting a living history park, PBS documentary, or a detailed chronicle. There’s a real place in the United States which appears to have found a way to make time stand still. 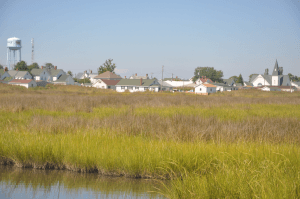 Tangier Island is comprised of marshes and small streams, all connected by wooden bridges.

Cradled by the Chesapeake Bay, Tangier is the only inhabited island in Virginia that’s not connected to land by a bridge. It is also a town in Accomack County with much of its 1.2-square-mile real estate on the National Register of Historic Places.

Solely dependent on water or air transportation, the area’s isolation presents challenges particularly during storms. Its declining population of 727 in 2010 now approximates 500. In 1900, there were 1,064 inhabitants.

Prior to the arrival of these colonists, Pocomoke Indians spent summers there. Thousands of stone arrowheads, spear heads, and an ancient oyster midden have cropped up. The first known explorer of Tangier was Captain John Smith, who named the surrounding territory the “Russel Isles” after a doctor on his ship. 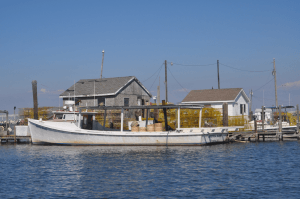 Deadrise fishing boat with crab shacks in the background.

Often touted the “soft-shell crab capital of the world”, Tangier’s major livelihood is crabbing. Oystering and fishing are also significant. North of the island, fishermen use free-standing docks not connected to land to hold crabs while they molt. Tourism is the only other industry on the island. 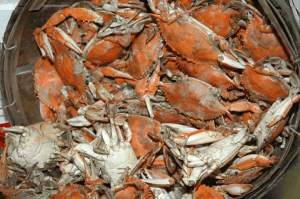 There is only one school, with fewer than ten children per grade. In the spring of 2010, residents were given access to cable television and internet through a new microwave tower. There are phone lines and one ATM. Lacking are traffic lights, arcades, drug or department stores, and violent crime.

In 2010, a new $1.4 million state-of-the-art clinic was dedicated. Emergency patients travel by helicopter to Crisfield or Salisbury hospitals in Maryland. The island’s one power plant is primarily used for emergencies. Power comes in from the Eastern Shore of Virginia.

Methodism stems from the charismatic preaching and revival camp meetings held on Tangier in the early 1800s by Joshua Thomas, famed “parson of the islands.” Because of their ties to the Northern Methodist Church, Tangier residents did not support slavery and refused to join the rest of Virginia in seceding from the Union during the Civil War. 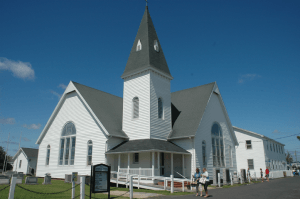 Traditional religious values still dominate the community. The Tangier town council blocked Warner Brothers from using the island to film the 1999 Kevin Costner movie Message in a Bottle. Essentially, the council objected to drinking, profanity and sex in the script. A local island ordinance prohibits the sale of alcohol. If visitors bring their own brew, they are advised to be discreet and not drink it in public. 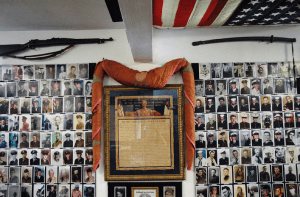 A visit to the Tangier Island History Museum Interpretive Cultural Center (TIHMICC) provides additional history about the unique island. The museum also offers a small community library and free kayaks at a dock out back and maps for visitors to follow local “water trails.”

East of Tangier and paddle away lies Port Isobel. This tiny island is owned by the nonprofit Chesapeake Bay Foundation, which operates a major environmental study center there. Hiking trails are open to the public. 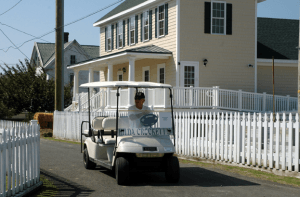 The major mode of transport on the island’s narrow paths is golf carts, scooters, and bicycles. Some ladies cheerfully give a 15-minute golf cart tours.

Several restaurants serving fresh seafare and turf, gift shops, and a hardware store are the only retail establishments. Desert is served at Spanky’s, a 1950s-style, centrally air conditioned ice-cream parlor. Three bed and breakfasts, including Hilda Crockett’s fabulous seafood house, afford tasty meals and a restful sleep. West Ridge beach, without a boardwalk or concessions, is peaceful to stroll and watch waterfowl, osprey, and other aquatic birds.

The playground across from the school is an ideal place for children to unwind. From little yard or table stands, children sell lemonade, Rice Krispie treats, and seashell Christmas decorations.

It may be wise to tote light snacks and water, especially for extended walking or boating excursions. 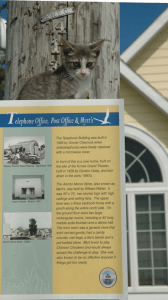 One of the islands many feline citizens atop a historical marker.

For private jetsetters, a small airport is open from dawn to dusk.