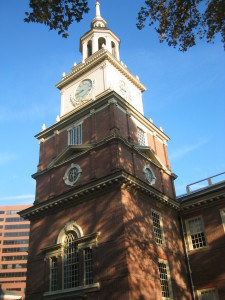 The Travelers Breaking News snippets from press releases that we think you should know.

2016 is a year that will see Broad Street turned into a sprawling street festival for the return of the PIFA (Philadelphia International Festival of the Arts) and roaring animatronic dinosaurs lumber into The Academy of Natural Sciences of Drexel University. On the anniversary front, the Philadelphia Flower Show will salute the 100th anniversary of the National Park Service. Of course, all eyes will be on Philadelphia in July when Democrats nominate their candidate for president during the Democratic National Convention.

Here are 17 reasons to start your visit Philadelphia in ’16:

1. Even birds are envious of the views from atop the new One Liberty Observation Deck. An entertaining video plays as the elevator zips visitors up to the 57th floor of One Liberty Place, where wrap-around, floor-to-ceiling windows reveal panoramic views that spill beyond the city and well into the suburbs. Interactive kiosks zoom in on Philadelphia landmarks and exhibits offer interesting history, sports and art tidbits that help form the fabric of Philadelphia. Opened November 28, 2015. 1650 Market Street, (215) 561-3325, phillyfromthetop.com

2. The Logan reveals a stunning new look for this famed hotel property. The Benjamin Franklin Parkway location is familiar to those who frequented the recently closed Four Seasons Hotel Philadelphia, which will reopen in a new location in 2018. The Logan’s roof-to-lobby renovation has transformed the space into a centerpiece of modern luxury with 391 rooms and suites and the stylish Commons Lounge that spills out onto a lush terrace. The farm-to-table Urban Farmer steakhouse features a made-from-scratch menu, while the new rooftop Assembly Lounge invites guests to linger over cocktails under the stars. Opened December 2015. 1 Logan Square, (215) 963-1500, theloganhotel.com

3. As luck would have it, SugarHouse Casino has undergone a massive expansion. The waterfront gaming house will unveil a new flexible entertainment space, 44 additional table games, 289 new slot machines and a 28-table poker room. On the culinary front, Hugo’s Frog Bar & Chop House, the first of several new dining establishments, will treat guests to elegant white-tablecloth service or a quick bite at the handsome bar. January 2016. 1001 N. Delaware Avenue, (877) 477-3715, sugarhousecasino.com

5. The PHS Philadelphia Flower Show salutes America’s natural treasures and those charged with preserving and protecting our majestic landscapes with the theme Explore America: 100 Years of the National Park Service. Eagerly anticipated as a harbinger of spring, the world’s oldest and largest indoor flower show transforms the Pennsylvania Convention Center into a visual fantasyland with over-the-top floral and panoramic designs and 180 vendors. March 5-13, 2016. 1101 Arch Street, (215) 988-8800, theflowershow.com

6.  A large-scale fire-and-sand performance, a circus built on a foundation of yarn, a traveling symphony performed in water fountains and a sprawling street fair on Broad Street can only mean one thing: the return of PIFA (Philadelphia International Festival of the Arts). With 60 performances embodying the curatorial vision We Are What We Make, PIFA weaves together a variety of art forms and genres by local and international artists in an arts extravaganza. April 8-23, 2016. (215) 893-1999, kimmelcenter.org/pifa 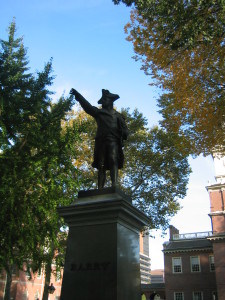 7. Happy 10th birthday, Franklin Square. Historic Philadelphia, Inc. is celebrating the milestone of its revamped park with the Chinese Lantern Festival. For two months in spring, the park glow with giant flowers, a three-story pagoda and a 200-foot Chinese dragon, all brilliantly lit and constructed by lantern artisans from China. The festivities include performances, hands-on activities and cultural exhibits. Other anniversary events are scheduled throughout the year. April-May 2016. 6th & Race Streets, (215) 629-4026, historicphiladelphia.org

8. The Pennsylvania Horticultural Society (PHS) will enliven a much-discussed abandoned elevated rail line during the PHS Pop Up Garden at the Rail Park, thanks to a grant from The Pew Center for Arts & Heritage. While Philadelphians patiently wait for the three-mile Reading Viaduct Rail Park to transform into an aboveground public space (think High Line, but less manicured), installations and activations will highlight the site’s history. It will culminate with the PHS’ popular Pop Up Garden, complete with landscaping, food, beer and programs inspired by the location. Spring-fall 2016. Exact location TBD. (215) 988-8800, phsonline.org

9. Score one for Philadelphia. For the first time in its 100-year history, the Copa America soccer tournament will be played outside of South America, and the City of Brotherly Love is one of the country’s 10 host cities. Top teams from North, Central and South America will compete in the Copa America Centenario at Lincoln Financial Field. June 9-14, 2016. 1 Lincoln Financial Field Way, ca2016.com

10. Next summer, Philadelphia will take the international spotlight (again) as delegates, elected officials and citizens from around the nation gather for the Democratic National Convention, when the Democratic Party selects its nominee for president of the United States. Whether it’s Hillary, Bernie or a surprise, the birthplace of American democracy will be abuzz with special events and activities throughout the city leading up to and during the four-day event. July 25-28, 2016. phldnc.com 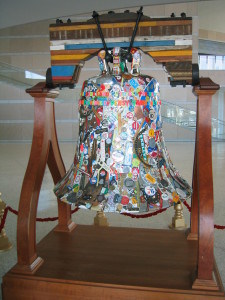 11. What does it take to run for the highest office in the land? At the National Constitution Center’s timely Headed to the White House exhibition, visitors become candidates with their own campaigns. As they learn the strategy and legacy of making a run for the White House, presidential wannabes will engage with an interactive speech coach, make their own campaign stickers and create a TV commercial using the “Ad-o-Matic” machine—all while learning about the constitutional legacy of national elections. February 12-November 8, 2016. 525 Arch Street, (215) 409-6700, constitutioncenter.org

12. The Golden Age of King Midas makes its exclusive world premiere at the Penn Museum. The treasures of rare art and artifacts from the Republic of Turkey were excavated at the ancient city of Gordion, where the real King Midas lived, and include items found in his father’s tomb. February 13-November 27, 2016. 3260 South Street, (215) 898-4000, penn.museum

13. Picasso: The Great War, Experimentation and Change explores Pablo Picasso’s work between 1912 and 1924, highlighting the tumultuous years of the First World War, when the artist began to alternate between cubist and classical modes in his art. The exhibition features some 50 works by Picasso, plus other important canvasses by Picasso’s contemporaries, including Henri Matisse and Amadeo Modigliani. Visitors to the Barnes Foundation will get the first look at this touring exhibition. February 21-May 9, 2016. 2025 Benjamin Franklin Parkway, (215) 278-7200, barnesfoundation.org

14. Woody and Nemo took shape in the imaginations of the creative teams at Pixar, and they sprang onto the screen through science, technology, engineering and math. At The Franklin Institute’s The Science Behind Pixar, 40 interactive exhibits guide film fans of all ages through the production process and demonstrate how science and technology turn ideas into award-winning films. Selfie alert: Human-size recreations of favorite characters include Buzz Lightyear, Dory, Mike and Sulley, Edna Mode and WALL•E. March 2016. 222 N. 20th Street, (215) 448-1200, fi.edu

16. From the depths of extinction come a dozen moving, roaring, life-size dinosaurs that will invade The Academy of Natural Sciences of Drexel University. Fashioned with scientifically accurate detail—right down to the feathers on T. rex—the multisensory Dinosaurs Unearthed recreates animatronic versions of the legendary beasts. The exhibition also includes skeletons, claws, horns, real Mosasaur and Spinosaurus teeth, an Oviraptor egg and coprolite, also known as dino dung. Young paleontologists can dig for relics, control dinosaurs’ movements and hop on the special weight scale to find out how many of them it would take to weigh as much as a T.rex.June 25, 2016-January 16, 2017. 1900 Benjamin Franklin Parkway, (215) 299-1000, ansp.org

18. There is only one place in the United States to see Paint the Revolution:Mexican Modernism 1910-1950, and that’s in Philadelphia. Drawing heavily from the collections of the Museo del Palacio de Bellas Arts in Mexico City as well as its own holdings, the Philadelphia Museum of Art will exhibit masterpieces by Diego Rivera, José Clemente Orozco and David Alfaro Siqueiros—known as the tres grandes (Three Greats) of Mexican mural painting—as well as Frida Kahlo and other major Mexican artists. October 2016-January 2017. 2600 Benjamin Franklin Parkway, (215) 763-8100, philamuseum.org