Those Were The Days: The Beatles Got Their Start In Hamburg, Germany 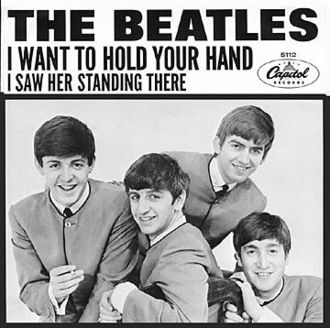 On August 17, 1960 the Beatles played their very first show in Germany at Hamburg‘s music club Indra (a seedy strip joint). During the following two and a half years (and 281 appearances) at various Hamburg clubs they laid the foundation for their ten year career.

The once legendary Star Club, where the band appeared saw The Beatles first single record “Love Me Do“ climb to number 17 of the British charts. Difficult working conditions contributed to the evolution of the “Hamburg Sound.” They forced The Beatles and other bands to develop a distinctive style and sound. 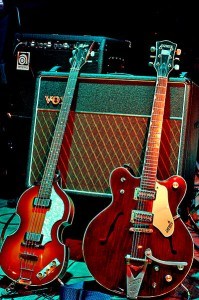 During those times, Hamburg helped make The Beatles stars and today it invites everybody to discover this magnificent legacy. The Beatles themselves never tired of stressing the importance of their apprenticeship years in the music metropolis Hamburg with John Lennon confessing, “I was born in Liverpool, but I grew up in Hamburg.”

Club owner Bruno Koschmider‘s daily demand: “Macht Schau, Engländer!” (Put on a show, Englishmen) inspired the boys to break their mold and come out of their shell. Koschmider had put them up at his movie theater Bambi Kino around the corner from the Indra in two tiny windowless rooms without heat or shower.

After seven weeks Koschmider uprooted and moved The Beatles to the Kaiserkeller. Today the basement here serves as a club. 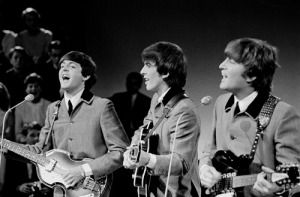 German designer and musician Klaus Voormann was enthusiastic about The Beetles and brought his photographer friends Astrid Kirchherr and Jürgen Vollmer to hear them at the Kaiserkeller. They became friends with The Beatles and later styled their hair in the famous “mop tops.” They also shot the first professional photos of the band.

Club Große Freiheit 36 (where the Beatles also played) is one of the main stages for Hamburg’s Reeperbahn Festival (rock), which has taken place on the last weekend of September every year since 2006.

Today Hamburg’s Jägerpassage is one of the most visited destinations offering many guided Beatles tours. Tour guide Stefanie Hempel, for example, not only tell lots of anecdotes from that time but sings her own arrangements of Beatles songs.

As Hamburg marks this anniversary, it expects thousands of Beatle fans from America and Britain to visit and is making preparations for a memorable series of events. 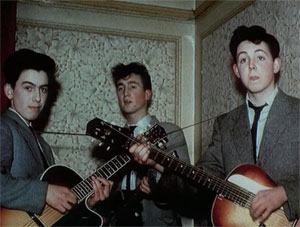 Formed in 1960 in Liverpool, England, The Beatles became the most influential popular music group of the rock era and the most popular group in rock history, with global sales exceeding 1.1 billion records.

Beatlemania began in Britain in October 1963 with a televised appearance at the London Palladium, and then exploded in the United States following three appearances on The Ed Sullivan Show, in February 1964. The rest is history.