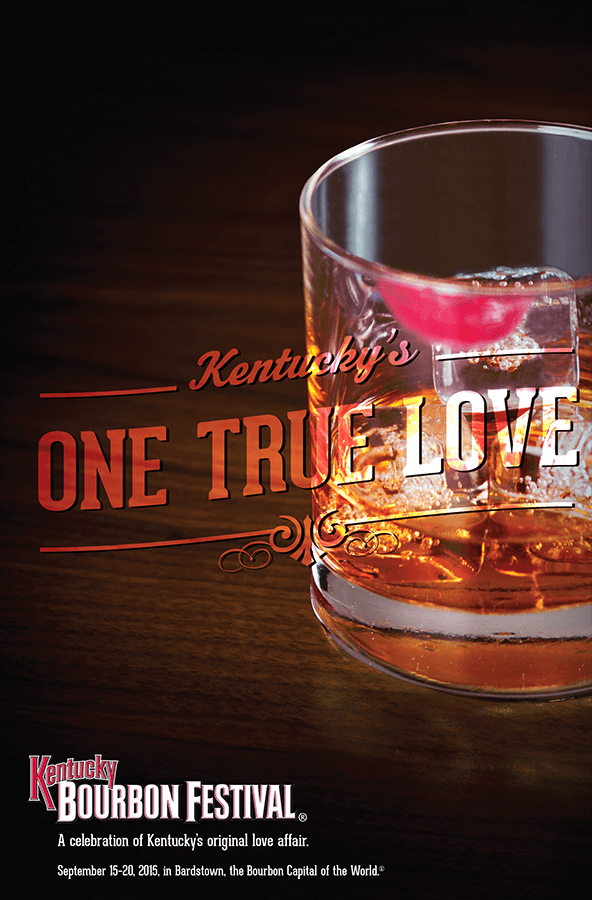 First settled by European Americans in 1780, Bardstown is the second oldest city in Kentucky and recently named The Most Beautiful Small Town in America. 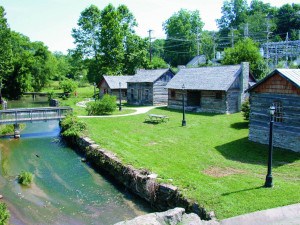 We had a short visit but immersed ourselves in history, small town charms and naturally bourbon.

Driving the quick 40 miles from Louisville, our first stop was to eat a tasty lunch at The Old Talbott Tavern. Built in 1779 and located just off the Courthouse Square in the center of Bardstown, it’s handily close to the visitor’s center.

Talbotts Tavern near the Courthouse.

In addition to its status as a full restaurant the Tavern has hosted well known Americans including famed frontiersman Daniel Boone and future 16th President Abraham Lincoln. Bullet holes in an upstairs wall are reputed to have been shot by Jesse James. No pistol toting outlaws today just a peaceful lunch crowd of locals, businessmen and tourists. 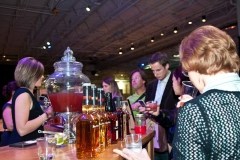 Previous to this we certainly weren’t bourbon experts but after attending the amazing Kentucky Bourbon All-Star Sampler, featuring all the Master Distillers under one gigantic roof along with more bourbon tastings then you could imagine. 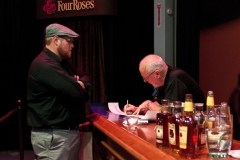 Watching hardcore bourbon fans getting their prized bottles as well as photos and posters signed by Master Distillers was exciting. Charging down a never ending buffet of outstanding selections, I believe good bourbon stimulates the appetite! You know it’s a class act when they never run out of shrimp even with hundreds of “starving” people crowding the line. We chatted with folks from all over the country some new to the event and others returning year after year.

We also had the chance to attend several classes on tasting and history, all expertly done. This year’s selections include Kentucky Bourbon Shots™ with photos displayed at the Bardstown Welcome Center; a Half Pint of Whiskey History with a Shot of Humor, a meander through the history of Kentucky bourbon making – legal or otherwise – with historian and author Dixie Hibbs; and Any Way She Likes It, an hors d’oeuvres and bourbon pairing event hosted by former Master Bourbon Taster Peggy Noe Stevens at My Old Kentucky Dinner Train Depot.

In the heart of all the exhibition tents is the historic Spalding Hall with its amazing and packed full of fascinating items such as the Oscar Getz Museum of Whiskey History and the Bardstown Historical Museum. 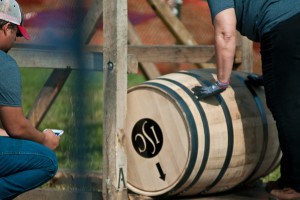 Vacationing with your family? Friendly fun for all includes the Balloon Glow, which kicks off the festival on Tues., Sept. 15; the Whiskey City Cruisers Vehicle Show on Fri., Sept. 18; and World Championship Barrel Relay™ and the Bootleggers & Bushwhackers Train Robbery with the Kentucky Railway Museum on Sat., Sept. 19. A Family Fun Area with plenty of hands-on activities will be open Friday, Saturday and Sunday during the festival.

Visit www.KyBourbonFestival.com for details and do it quickly as many events sell out or are not available every day. 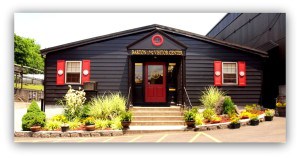 Barton 1792 Visitors Center with things to buy and a tasting bar.

We also visited several distilleries and many are open for tours during this special week. Bardstown is home to six distilleries, including Barton 1792 and Willett Distillery, and these four Kentucky Bourbon Trail® distilleries: Heaven Hill, Maker’s Mark, Jim Beam and Four Roses’ second campus. The Bourbon Ball Chocolate Liqueur one can taste at Barton’s provoked us into a purchase!When you drive around the countryside and see the huge buildings lined up holding aging bourbon barrels it truly brings home how popular this Kentucky product is.

Bardstown’s downtown area is designated as a historic district and listed on the National Register of Historic Places. I shopped and Will studied and photographed the many historic buildings.

Out into the countryside, we were able to take a quick tour of My Old Kentucky Home State Park. A short walk from the visitors center is Rowan family home, Stephen Fosters uncle. The home, Federal Hill, which Foster visited in 1852 is said to be his inspiration for his ballad, “My Old Kentucky Home, Good  Night,” as he titled it and now the  the Kentucky state song.

Built between 1795 and 1818, Federal Hill is as endearing to visitors today as when Foster wrote the song. Our docent was actually the head grounds person who did a wonderful job of taking us through the home. The gardens and grounds are lovingly planned and cared for also. 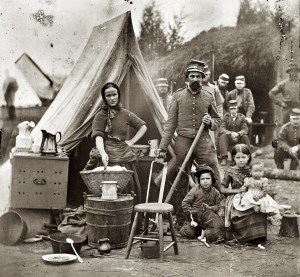 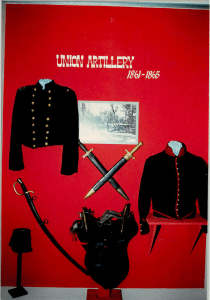 Display of Union Artillery at the Civil War Museum

Allow lots of time to tour if this is the Civil War is one of your interests and be sure to visit even if it isn’t !

Bardstown has many other features for you to enjoy as well as beautiful surrounding countryside.

Contacts for when you visit:

1 thought on “Tours: BOURBON and BARDSTOWN”