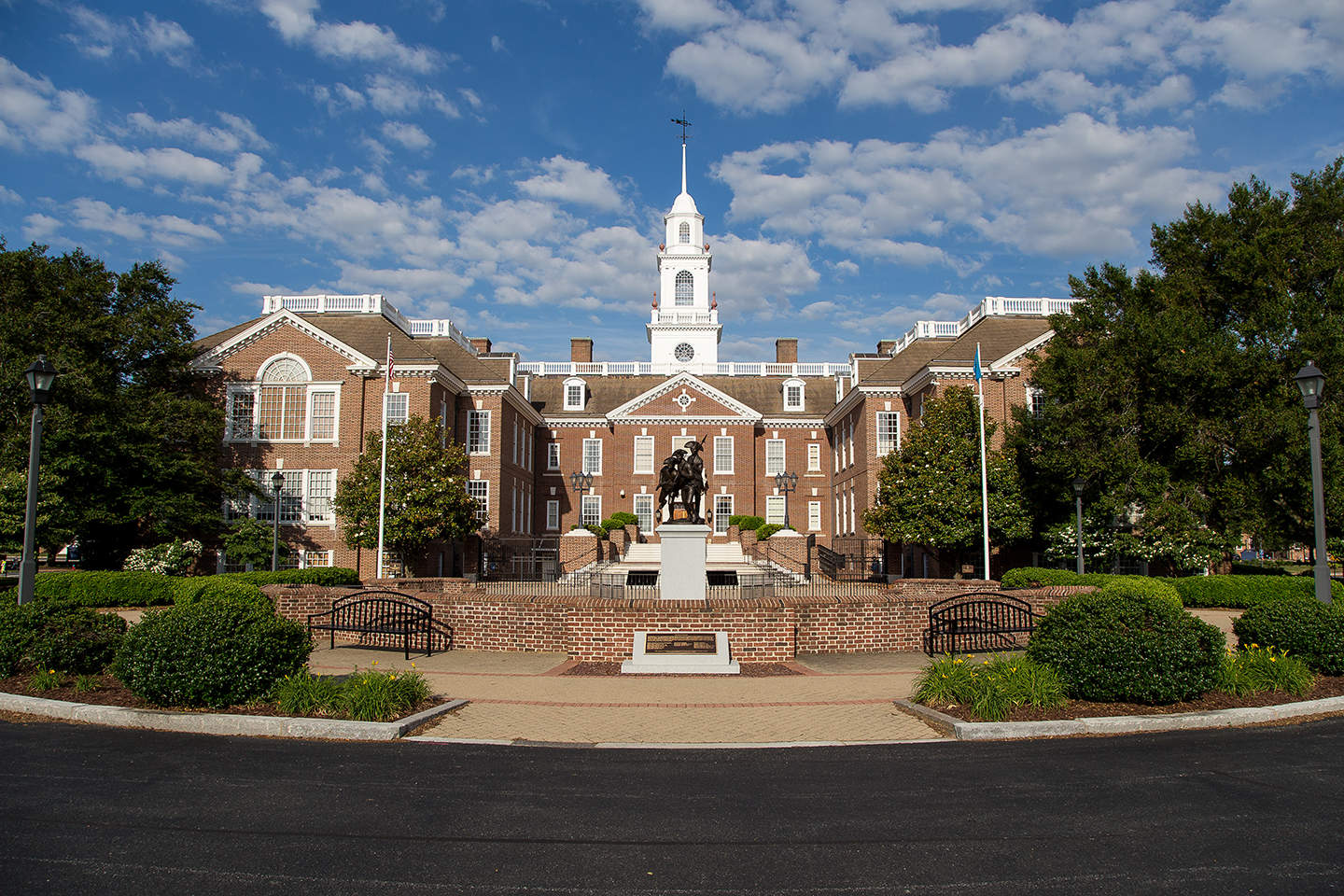 I have a confession to make: I’m tired of the Civil War. All those battles, those generals, that gore—and those re-enactors who don heavy wool uniforms to fling themselves at each other in the heat of summer.

My weariness peaked as the recent 150th anniversary of the war droned on; must we relive every detail? I’m content not to know Cold Harbor Battlefield from Cold Stone Creamery or whether General Jubal Early may have really showed up late.

What does absorb me is a movement that, born of the ideological passions that ignited the war, blossomed in the decades before it: the Underground Railroad, which gave escaped slaves secret passage to freedom. It’s a story of zeal and cunning played out in many states, including Delaware, where I recently retraced its path.

The Underground Railroad was not a railway, nor underground, but spoke its language:  A “conductor” (white, free black, or fugitive slave) guided “passengers” (slaves) to “stations” (hiding places, often a house) offered by “stationmasters” and then to freedom in the North or Canada. Ex-slave Harriet Tubman and Quaker abolitionist Thomas Garrett helped orchestrate the railroad in Delaware. But lesser-known heroes also risked their lives, sometimes their fortunes, to help. 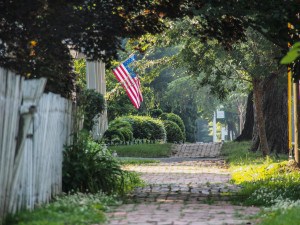 I got on the byway near Dover at the John Dickinson Plantation, the 18th-century estate of a Constitution signer. 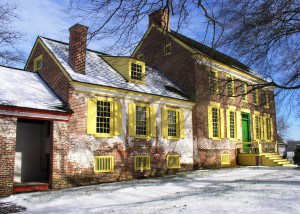 John Dickinson Mansion with interpretive guides.
Here one can clearly link Delaware with bondage. This was a slave state—its laws aimed at keeping it so—and slaves labored on many such farms. Yet Dickinson, swayed by Quaker abolitionism, freed his 59 slaves by 1786. The presence of many Quakers (and Methodists), and the shift from tobacco to less labor-intensive crops, shrank Delaware’s enslaved population from 6,000 in 1800 to 1,800 in 1860; free blacks grew to 20,000. But slavery ceased here only when the 13th Amendment took effect in 1865.
At the 1805 Camden Friends Meeting House, I boned up on Quaker beliefs and meeting house design. “This was never used as a station. It would have been too obvious,” said member and historian Michael Richards. But many Camden Quakers hid slaves, including his great-great-grandfather, saved from arrest by being a friend of the county sheriff. Buried here is celebrated abolitionist, conductor, and stationmaster John Hunn, whose fate I was later to learn in New Castle.

The 1792 Old State House on the Dover Green housed the legislature and Kent County Courthouse. I toured an Underground Railroad exhibit and the House and Senate chambers—where bills to ban slavery, in 1803 and 1847, nearly passed. Two historic interpreters fascinated me: Free black “Vincent Summers” recounted the struggle, under unforgiving laws, to keep his family free. “Chief Justice James Booth” described how he settled an 1845 dispute pitting authorities who jailed the fugitive Hawkins family against defender Thomas Garrett. Booth freed the family. “Better to err on the side of freedom,” he declared.

Site supervisor Nena Todd told of famous free black conductor Samuel D. Burris, who in 1847 was caught, tried, found guilty, fined, and jailed. “At the end of his sentence,” said Todd, “he was shackled hand and feet, marched out to the front steps, and auctioned off like livestock. People came from miles around to watch.” Burris fetched $500 in gold. But the driver who carted him off revealed this was abolitionist gold, so they headed north to Philadelphia and freedom. (On Nov. 2, 2015, Delaware Gov. Jack Markell officially pardoned Burris.) What a story!

A tour of Dover Green’s colonial and 19th-century houses showed how slaves—and freedmen—coped with ever harsher conditions. At Ridgely House, slave Frank protested in vain against the fearful prospect of being sold away from his family. Dover Jail saw the stunning last-minute getaway of eight runaway slaves facing imprisonment. (Two later joined John Brown’s raid on Harpers Ferry.) These are true tales, but the Railroad is also imbued with myth. With rigorous research, said Robin Krawitz, president of the Underground Railroad Coalition of Delaware, “we’re working to promote the real stories of the railroad, the real history.”

I traveled north through Blackbird State Forest, typical of the landscapes Tubman and others negotiated by night, to Odessa, a once-withered village now gloriously restored. At the 1774 Corbit-Sharp House, a high-style Georgian, docent Alison Matsen seated visitors in a drafty shed, describing how she explains slavery to children with questions like “Have you ever owned a person?” In the house Matson told how Mary Corbit, wife of abolitionist Daniel Corbit, hid a slave, Sam, his attic cubbyhole so tiny a posse in hot pursuit failed to find him. The next day, “she took him to what’s now Route 13, gave him money and directions and the name of a stationmaster further north.” 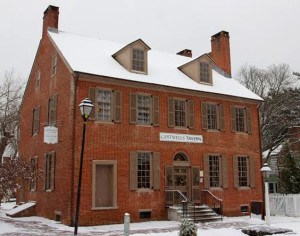 Cantwell’s Tavern in the restored town of Odessa.’

Fugitives reaching Odessa also took cover at the Appoquinimink Friends Meeting House, a wee brick box from 1785. Climbing a ladder to the airless attic where they hid so silently suddenly distilled my sense of the Underground Railroad into the raw emotions it provoked: courage and fear, anger and defiance, despair and hope.

The 1732 New Castle Courthouse, in Delaware’s colonial capital, hosted the infamous 1848 trial of Thomas Garrett. Under fugitive slave laws, federal authorities sued him and John Hunn for helping a family flee Maryland, the same Hawkins clan Garrett defended in 1845. (Samuel D. Burris conducted them to Hunn’s farm.) Hunn pleaded no-contest, and Garrett was convicted. Both were heavily fined and lost most of their property. An exhibit (“Emeline’s Journey”) tells the Hawkins’ flight to freedom poignantly through the mother’s eyes. 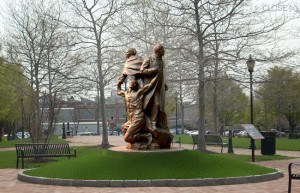 A short drive took me to Wilmington’s Tubman-Garrett Riverfront Park, crowned in 2012 with a vivid sculpture by Mario Chiodo that depicts Garrett lifting a lantern against the night as Tubman strides forward bearing an infant and slaves crouch hidden behind them. The epic bronze swirls with emotion.

Garrett lived nearby and attended the 1817 Wilmington Friends Meeting House. A merchant and close friend of Tubman, who visited him often, he served as stationmaster for decades, tirelessly sheltering and guiding to freedom an amazing 2,700 slaves. “He had an enormous funeral here,” said meeting secretary Paulette de la Veaux. “Thousands of people, black and white, lined up at the door and down the street.” No wonder the black community called him “Our Moses,” I thought, as I lingered at Garrett’s grave in the churchyard, marked with the simplest of stones.

My last stop was Wilmington’s Old Town Hall, a 1797 Federal style gem where citizens mourned George Washington, hailed war victories, debated the Missouri Compromise, and packed anti-slavery rallies. Yet, irony of ironies, its basement jail held fugitive slaves. Delaware could be very ambivalent. Catching my eye in a display of historic artifacts was a poster for an abolitionist meeting that turned riotous when speakers decried churches for backing slavery. I also popped into the Delaware History Museum next door for the “Distinctively Delaware” exhibit, four centuries of state history, including slavery and the Underground Railroad.

Distinctive, indeed. My trek up the Tubman byway was an eye-opener, a stirring journey that revealed the big role little Delaware played in America’s miraculous freedom train.

Tubman-Garrett Park, Market Street at the Christina River, Commemorates Harriet Tubman and UR Stationmaster Thomas Garrett. Historic interpretive panels on the UR and history of the Wilmington riverfront along a one-mile landscaped walkway.