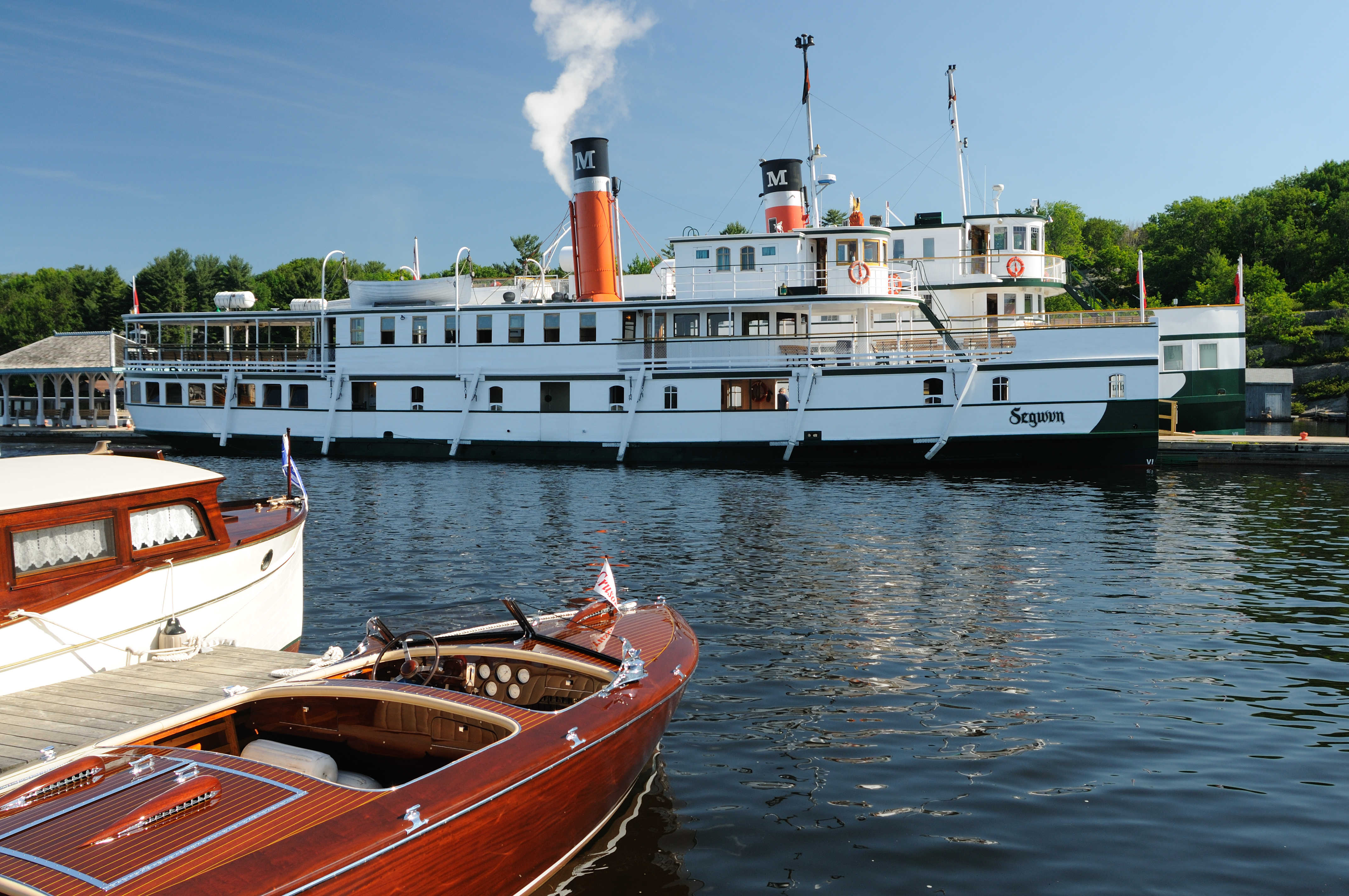 The Segwun and vintage small craft.

In Ontario’s Muskoka Lakes, people use “cottage” as a verb, meaning not just where they stay but also what they do. Or don’t do, for “cottaging” here—among deep blue lakes, piney forests, and comely towns two hours north of Toronto—can be as lazy as you like.

This is the true land-o-lakes. Ice Age glaciers gouged out hundreds of wrinkly specimens, their countless coves, inlets, and islets surely driving mapmakers mad. The three largest—Muskoka,  Rosseau, and Joseph—anchor a vacationland dating to Victorian days, when trains from Toronto took summer sojourners to Muskoka’s southern tip at Gravenhurst, where they boarded steamships to waterside hotels and cottages. 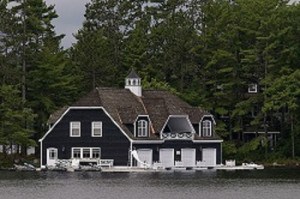 I arrived last fall at this old lumber town, which is now the area gateway. My initiation: touring the Muskoka Boat & Heritage Centre, absorbing regional history through its myriad watercraft. The museum upfront showcases the classic steamships that once carried people, mail, and materials, while in the shelter of a boathouse in back bob stunning antique speedboats, launches, skiffs, and canoes.

Does anything in traveldom beat leaning on a ship’s railing on a bright day, tooling over glassy waters?  That was my gratification on the 1887 Segwun, North America’s oldest running steamboat and the last of the local fleet, cruising Lake Muskoka as historian Richard Tatley described the natural and manmade sights passing by. Cottages mature and modern peeked through the trees, their boathouses taking pride of place on the water—“garage Mahals,” as Dennis Hartnet called them in Rudder magazine.

American William Pratt built the first hotel, Rosseau House, in 1870. Getting there pre-railroad, says Tatley, was “a very bumpy ride over a pioneer road on a buckboard wagon, portage round the rapids, and another steamer up to Pratt’s on Lake Rosseau.” As more hotels rose—like Windermere, Pinelands, and Clevelands House—well-heeled families (many of them American) built grand houses with scenic names like Rainwater and Westwind. Less-wealthy visitors later swelled the choice of lodgings to all manner of homes, hotels, motels, and resorts, the array we enjoy today.

I joined the many sightseers who collect in Port Carling, on the river linking Muskoka and Rosseau. From there I sailed upper Lake Muskoka on the Idyllwood, a restored 1920s private yacht, close by the bigger cottages and boathouses. In the 1880s, near Beaumaris, wealthy Pittsburghers like the Mellons started the American colony, later called Millionaires’ Row. “With all these splendid estates,” says Tatley, “people liken that channel to the Grand Canal in Venice.”

Nature lovers can hike, bike, boat, swim, and fish away the days amid impressive landscapes. After my own exertions, mainly long walks, I cocooned at Turtle Jack’s grill in Port Carling, enjoying hearty fare and beers like “Legendary Muskoka Oddity,” made by nearby Muskoka Brewery with such oddments as heather tips and orange peels. Then I checked out shops like Muskoka Classics Cottage Emporium—selling all you need to cottage—and at Red Canoe Gallery bought an etching by Ontario artist Greg Shafley that portrays, aptly, two canoes at rest.

Johnston’s Cranberry Marsh and Winery, near Bala, was showing off its crop of the tart fruit, so I happily sampled. Tours and demos taught me a lot; most amazingly that, says owner Wendy Hogarth, “cranberries do not grow in water.” They’re flooded only to harvest (with a contraption called the Getzinger Retracto-Tooth). Her shop was packed with berry-based goodies, including cranberry wine—amusing, my taste buds told me, but better in the version that’s spiked with blueberries. 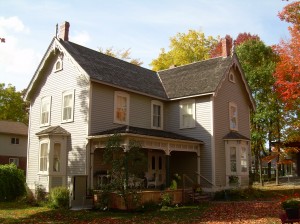 Vintage cottages, hotels, boathouses, and boats give Muskoka a distinctly historical air. But there are other manifestations of its heritage—Gravenhurst, for instance, a comfy-old-shoe of a town with an attractive center, leafy neighborhoods, and landmarks like Gravenhurst Opera House, which occupies the old 1901 town hall. The nearby birthplace of Norman Bethune is both an exquisitely restored 1880 house and a museum of the renowned humanitarian surgeon and teacher, revered in China for his wartime service there in the late 1930s. Parks Canada operates the house, a National Historic Site, and its spacious new visitor center just next door.

I stayed in two hotels that evoke old Muskoka in very different ways. The sprawling JW Marriott Rosseau Muskoka, Canada’s first of that top-of-the-line brand, manages to be spacious as well as cozily rustic, offering year-round activities galore—even kayaking and dogsledding—plus plenty of room for creative loafing. Despite the comforts, I never felt far from deep-north-woodsiness, especially when I awoke one morning to the spectacle of a silvery blue sky floating over a pageant of fall colors.

Windermere House, also on Lake Rosseau, debuted in the 1870s and grew into your classic summer hotel of white clapboards, striped awnings, picturesquely varied roofline, and long porches. After a 1996 fire claimed the structure, the owners built a replica on the same footprint, discretely splicing in modern needs (including a spiffy and luxurious restaurant). Long-time patrons sense little change.

On Windermer’s front porch, I eased into a Muskoka chair, the Canadian cousin to our own Adirondack. The seat is a beloved symbol seen throughout this region, often painted in bright colors. Nesting in one of these endearingly clunky but utterly restful contrivances, facing the placid lake, all felt well with the world.