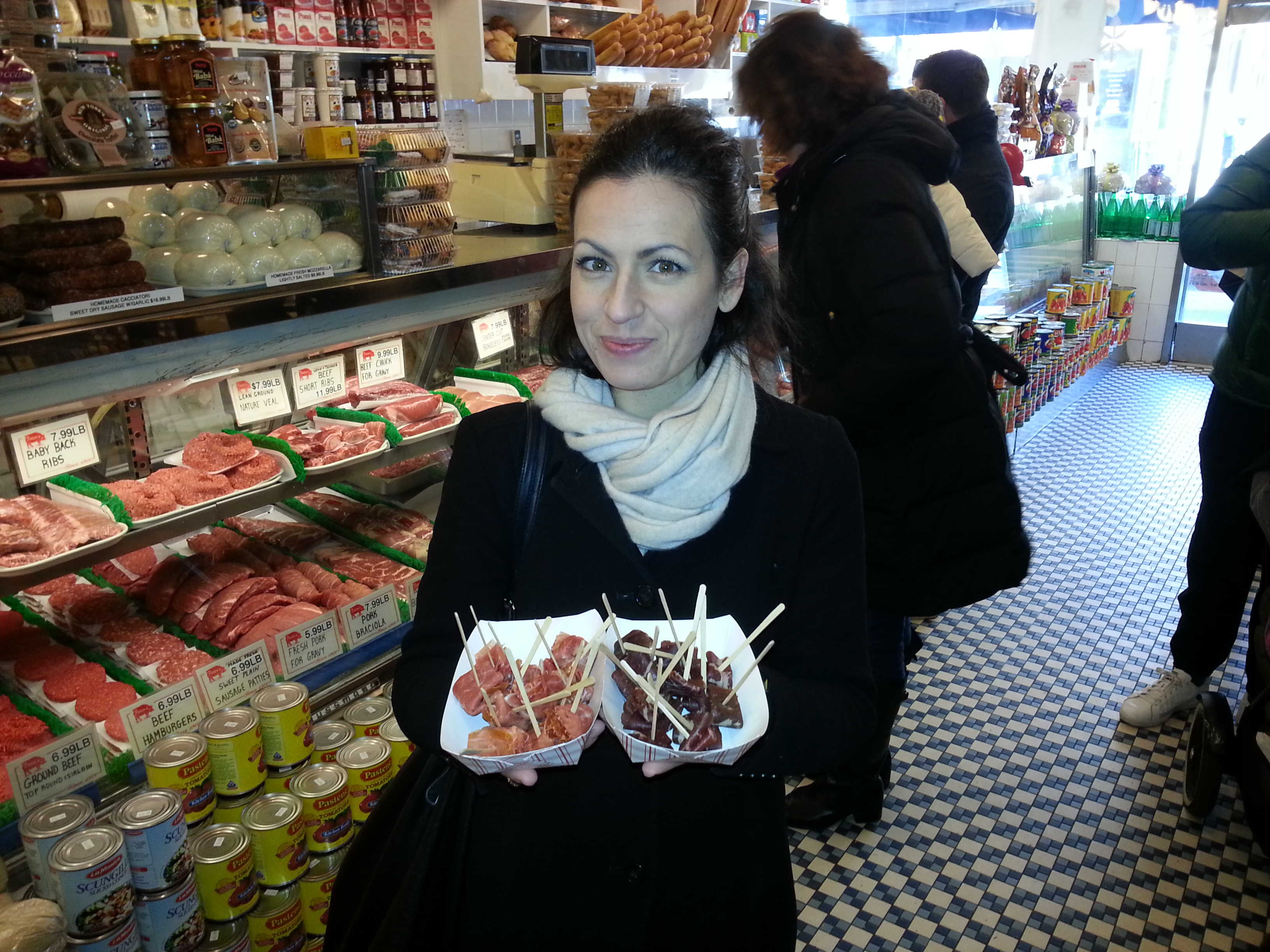 Story and Photos by Jeff and Stephanie Sylva – 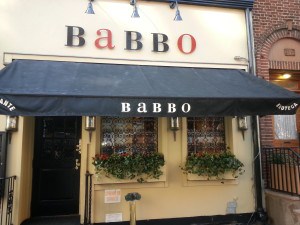 Well, first of all, Little Italy is where the tourists go for Italian food. People who know Italian, like our guide Simona, know that Greenwich Village used to be a very Italian neighborhood long before it became popular with the hipsters in the 1960’s. The Village was originally a farmers’ village with all the requisite culture, churches, and, of course, the food of an Italian village back home.

The Village is also home to a few of famed chef Mario Batali’s restaurants as well as Mario himself. Here you’ll find numerous specialty food shops, some of which are featured on the walking tour. In addition to serving as one of the co-hosts of ABC’s The Chew, Batali has garnered numerous chef awards, and with his partners, has opened more than twenty restaurants and Italian markets worldwide. Our guide, Simona, had no difficulty in sharing her passion and knowledge of good food, emphasizing Batali’s own ethos of using locally sourced, seasonal ingredients.

The Greenwich Village Food Tour is a three-hour ambulatory Italian meal with tastings at a number of restaurants and specialty food stores. And just like any great, authentic Italian meal, there is ample, lively conversation. The tour group is limited to no more than 15 people making it easy to interact with the guide and with fellow walkers.

Our tour also reflected Walks of New York’s guiding principle – slow down and take the time to appreciate your surroundings and learn a little about the local history and culture. In addition to a wealth of information about the area, Simona shared some of her cooking secrets and  interesting stories about Italian food. 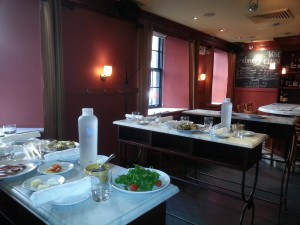 After meeting Simona at Washington Square Arch, where we had a short local history lesson, we made our way to Babbo, one of Batali’s earliest and most successful restaurants. Unfortunately, we only got to stand outside the shuttered restaurant as Simona, after doling out some absolutely delicious arancino (Italian rice balls), filled us in on Mario Batali and a short history of his gastronomic empire.

We suppose the first stop at Babbo served as a way to whet our appetite, because after walking just a few short blocks, we made our way into Otto, another of the chef’s successes. Here we enjoyed a delicious Italian antipasti including a variety of cheeses, salami, bruschette, arugula salad, and peppered apricots. 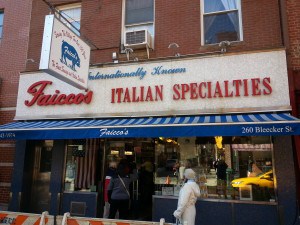 The next three stops were all along Bleeker Street, which is always bustling with people procuring their supplies of specialty foods from the many shops or looking to enjoy a delectable meal at one of the many great local restaurants. First up was Faicco’s Italian Specialties. Known for their many flavors of pork sausages, Faicco’s also is the place to get some of the leanest, carefully trimmed cured meats. Here we were treated to a tasting of proscuitto and a scrumptious bit of salted, cured beef called bresaola.

For our next course we walked just a few more steps up Bleeker St. to try what Simona believes is NYC’s best pizza. John’s Pizza is margherita style (fresh crushed tomatoes and fresh mozzarella) and fired in a coal-burning oven.

The distinction of NYC’s “best pizza” is obviously a subjective choice. Just ask New Yorkers for their choice for “best pizza”, and you most likely will get a variety of answers. But, it would be hard to argue that John’s should not be among the top few picks for NYC’s best – it was that good. This thin crust pizza, made with only the freshest ingredients, has been drawing rave reviews since its inception in 1929. 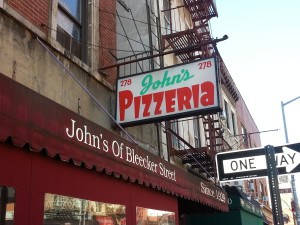 Our fifth stop, continuing on Bleeker St., was to Pagani, a very successful restaurant run by Mario Batali’s one-time sous chef Mark Barrett. At Pagani we were seated at a large table, where Simona presented a lecture on the different grades of olive oil followed by some tastings using some of Pagani’s delicious fresh bread for dipping. Simona then shared some tips on cooking a good “al dente” pasta, the story behind Pasta Alfredo, a little history of the meatball, and some of her favorite food superstitions.

We then enjoyed our “main course” – a homemade lemon pasta, which we learned is a specialty of Italy’s Amalfi Coast. Made with flour and lemon juice, rather than water, the lemon pasta was outstanding; and it’s something you won’t find on most menus. All of Pagani’s pastas are homemade. Our “secondi” was meatballs in a fabulous red sauce. Even though the pasta and meatballs were just a tasting and not a full serving, everyone in our group was quite full. We actually couldn’t finish some of the meatballs. 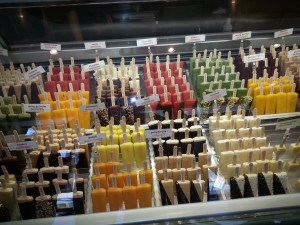 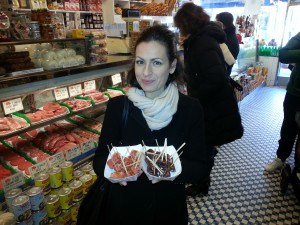 the West Village led by someone eager to share her passion for good food and local history. Walks of New York promises that participants in their Mario Batali Greenwich Village Food Tour will learn a lot as they eat and explore. That promise was certainly fulfilled. Grazie, Simona.